Gates Unlocked: is the Gates Foundation Really that Bad?

Gates Unlocked: is the Gates Foundation Really that Bad? 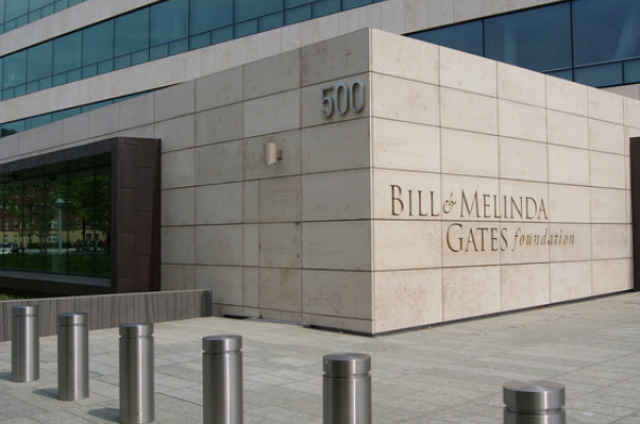 Michael Jennings is a Senior Lecturer in the SOAS Department of Development Studies. His research interests include the politics and history of development processes in sub-Saharan Africa; governance, civil society, non-governmental organisations and faith-based organisations; and social aspects of health in Africa.

This article is an abridged version of a post which first appeared on Michael Jennings’ Africa, Development and Politics blog.

In a recent foray away from the usual Facebook fare of thoughts on the latest episode of War and Peace or sharing a delightful nugget about my children, I engaged in a Facebook conversation with a couple of colleagues about the Gates Foundation. As reported in a few newspapers (see, for example, The Independent), the campaigning organisation Global Justice has published a report (and a computer game designed to satirise Gates’ philanthropy), critical of the Gates Foundation.

The report, ‘Gated Development: is the Gates Foundation always a force for good’ reiterates many of the criticisms that have been long levelled at this organisation, and which I have also been making over the past 8 years or so in my lecturing about this particular organisation and ones of a similar type. In that Facebook discussion, I found myself taking an unusual tack: seeking to defend the organisation, its work, and its impact on development. I know!

Having spent a bit more time reading the report, and looking at their publicity, I thought I would expand on some of those ideas. To make it clear, I have some problems with the Bill and Melinda Gates Foundation (BMGF), some of which tally with those identified in the report (although I think the report exaggerates and overstates many of these). But I think the report unfairly targets the BMGF, and ironically (given its own criticism of the foundation for a too-narrow focus) fails to place it in the wider context in which it exists: a context which might suggest a differently nuanced analysis.

The main charge against the BMGF is that it skews aid policies and approaches in ways that could cause substantial harm to the poorest. In part this is because of its focus on technological responses to poverty and precariousness; and by its skewing impact on priorities through control over the massive resources it wields.

The charge against skewing aid priorities is not new. Back in 2008, the WHO’s Dr Arata Kochi criticised the BMGF for, amongst other things, distorting funding to a few (externally-decided) priority areas. Kochi also suggested that because medical researchers wanted to maintain access to this large and growing source of funding, they were reluctant to criticise the work of others supported by the foundation.

This is clearly a worry. And the charge that the BMGF is part of a system that sees priorities set externally, and exerts a gravitational pull on research (in health, but also agriculture and other areas where the foundation works) related to poverty, does stick. The question is both to what extent, and why, this has arisen.

Firstly, the external setting of priorities. This is problematic, but it is symptomatic of the failings of a wider development architecture that pulls power to the global north, and away from those regions most affected by poverty and precariousness. The Millennium Development Goals are a classic example of this process: they shaped the flow, direction and use of substantially more resources than the BMGF has spent; and made it difficult, if not impossible, for most low-income countries to impose their own priorities. Secondly, why does the BMGF have so much power? Has it wrested it away from donors and international organisations as part of the neoliberal and corporate globalisation agenda? Or has it operated in an arena where donors have systematically – for their own reasons, and not for the benefit of people like the Gates’ – undermined and weakened global institutions which could – and should – take the lead. It currently spends just under $4 billion (2014) on its programmes: a huge amount for an individual organisation, and about 2.95% of total official development assistance. If donors increased their funding to the levels seen as the minimum required, this share would fall further. And of course, it does not take into account aid flows from non-official (i.e. OECD-accredited donor) sources. So yes, it is big, massive even, but about twice the size (in terms of annual spend) as one of the largest NGOs, World Vision.

Take health, for example. The BMGF probably does have a disproportionate impact on global health policies (if we assume it takes the lead in all programming, rather than responding to existing programmes or supporting those of other agencies), but this is in large part because since the 1990s the largest donors have reduced their support for the WHO’s general budget through fixed contributions and increased their extra-budgetary contributions (which they have greater control over). At the same time, the World Bank has risen as the largest and dominant funder of global health (and thereby dominated global health policy). The BMGF did not create the space in which it operates, but occupied one already shaped by donors and international organisations competing to push their own agendas, and visions and prejudices. A large part of the (real) problems of the BMGF could be addressed if governments undertook a clear, radical and principled reform of global health governance.

The report cites Bill Easterly’s criticisms of the technical-solutions approach of the BMGF, as it does Oxfam’s Duncan Green. And I agree with their criticisms. But to say that development requires more than technical fixes, whether focusing on human rights, or political and economic structures, or inequality, is not the same as saying all development organisations must focus on non-technical approaches. It would be hard to argue that the ‘technical’ approach of providing long-lasting insecticide treated bed nets (LLINs) has not had a huge impact on reducing malaria mortality. It requires other policies and approaches, but is still a major contribution (one in operation long before the BMGF emerged). Should the organisation, Focus On Vision (which provides reading glasses to those to poor or otherwise unable to access them) change its approach because this is just a technical fix (however transformative getting glasses can be)? Surely what is required are both Oxfam’s (with their strong political-economy and campaigning approach) and organisations which do something else, something different? Many NGOs have still not resolved the decades-old debate as to whether small projects vs political campaigns should be their focus (deciding to do both is often an uneasy compromise rather than settled solution). Yes, the BMGF could do with a stronger political-economy focus, though to argue it is completely absent is perhaps to focus more on Gates’ words than on all the various projects and programmes they are supporting.

The point is not that there isn’t a problem. It is that the BMGF is not the only, nor necessarily the most egregious, of such organisations. And any discussion of BMGF must take in this wider perspective – not just of this sector, but of the development architecture as a whole. There is a much better report on philanthropy and development (including a look at the BMGF and similar organisations like the Rockefeller Foundation here). All philanthropic organisations can (and do) have skewing impacts: sometimes for the good, sometimes not; some at the local level, some at the international. It doesn’t make it right, but nor does singling out one institution and suggesting it is the only one that is problematic.

Another major criticism of the BMGF is that it lacks the democratic accountability and scrutiny that democratically-elected governments possess. Well, yes. Because it isn’t a government. Neither is Save the Children; or the Disasters Emergency Committee; or CARE International (or Global Justice). In fact, if that is your point of departure, then your enemy is not the BMGF, but all non-state development action. Moreover, this raises the somewhat ludicrous suggestion that such democratic accountability is essential to avoid dangerous development – what, like structural adjustment, new policy agenda reforms, etc? All generated and pushed by elected governments and the inter-governmental organisations they created. Has the Gates Foundation done more harm – in danger of doing more harm – than official donor organisations and their policies over the past 30 years?

Private development organisations (including NGOs) are not democratically accountable, but look for their accountability in other ways. The report’s suggestion that there is no accountability within the BMGF is not really true, or at least misrepresents the nature of the accountability problem. There is an executive leadership team; there are expert (independent) reviewers; the BMGF has signed up to the International Aid Transparency Initiative; it publishes its reports, it is lectured about, talked about; and its programmes subject to peer-reviewed research and publications. Global Justice’s charge that the Gates Foundation has ‘bought the silence of academics, NGOs and the media’ seemingly rests upon the statement of one academic – hardly evidential proof of conspiracy (they could have found similar – if less overwrought – statements, such as that by Dr Kochi, but that would have conflicted with the idea that these charges are new).

Now, this is not to say that it is a perfect, or perhaps even real and meaningful accountability. The trustee board should certainly be widened. The question is whether the BMGF is worse in these systems than any other non-state actor; or (if not) whether it is just its size which makes it problematic. In my experience, the BMGF is pretty open, more so than many other private development organisations (a category in which I would include all NGOs), less so than some … To keep reading this article please visit the original post on the Africa, Development and Politics blog.