Home/Politics/Xi’s vision for China after the 20th Congress

Xi’s vision for China after the 20th Congress

With the conclusion of the 20th Congress of the Chinese Communist Party, Xi Jinping has made himself at least as powerful as Mao Zedong who imposed totalitarianism in China. This is good news for him, but bad news for China and the world.

At the previous Congress, held in 2017, Xi outlined his vision to make China great again by 2050, and put forth a pathway to achieve it. This time, he did not add to the vision or modify the pathway.

What Xi has done is to require the whole party and the country to embrace his leadership and the direction of travel he has set for China.  The biggest challenge ahead he has identified is not the economic slowdown caused by his policies but the rise of ‘anti-China’ sentiments in the Western world. In both his opening and closing speeches, he exhorted all Chinese to unite behind him to overcome this challenge.

Xi also made an extravagant demonstration of power when he had his predecessor Hu Jintao escorted out of the Congress at its closing.  Hu is clearly unwell. He handed over all offices and power to Xi a decade ago, and had not attempted to interfere in the Xi decade.  There was no need to embarrass him. But Hu remained the godfather of the once powerful Youth League faction in the Communist Party and a former top leader.

Although it was apparently not planned beforehand, Xi humiliated Hu by literally removing him from the political stage. This act showed the Party that former leaders are no longer relevant.  It also coincided with the purging of all Youth League representation at the very top, the Politburo Standing Committee.  Both Premier Li Keqiang and Wang Yang are 67 and entitled under existing rules to stay on for one more term.  Neither make it to the new Politburo Standing Committee.  Xi openly reduced the Youth League or the last major faction to insignificance.

What then is Xi’s vision for China?  Based on what ‘Xi Jinping Thought on socialism with Chinese characteristics in the new era’ says, Xi seeks to transform China into one united strong country, with one patriotic people, guided by the ideology of Xi Jinping Thought, governed by the Communist Party and led by Xi as the Leader.

Xi is committed to making China a powerful united country with all its territories devoted to supporting the Leader and the Party.  This requires the taming of Hong Kong, pacifying of minority rich regions like Xinjiang and the taking and integration of Taiwan into China.

The country can only be truly strong, in Xi’s conception, if all its people are transformed into patriots who love China, the Communist Party and the Leader.  He sees the three in concentric circles, with the Leader at the core and China at the outer circle.  Hence, re-educating the unruly Hongkongers and the Islamic Uighurs are about ‘levelling them up’ to become patriotic Chinese.

Xi sees his thought as the ultimate synthesis of Marxism and China’s traditions.  He is not making Marxism to fit in with China’s special conditions. He is making Marxism-Leninism Sino-centric, using elements of socialism and fully reinvigorating the Leninist party to revive China’s autocratic tradition.  In essence Xi Jinping Thought is an ultra-nationalist ideology that puts China first and the state-owned sector of the economy at the centre. No other ideology is allowed.

Analysts who see Xi as attempting a Maoist restoration overlook the reality that unlike Mao Xi will not turn against the Party. Xi is a devoted Leninist totally committed to reinvigorate the Party as an instrument of control.  He meant it when he declared in 2017: ‘Party, government, military, civilian, and academia; east, west, south, north, and centre, the Party leads everything.’

By putting an end to an upper age limit to himself as leader, removing the practice of putting a successor through a five-year apprenticeship, and humiliating Hu Jintao, Xi has sent a powerful message.  In China today, there is only one leader.

The leadership of China in the coming five years is one after Xi’s image.  It is both self-confident of its vision and pathway and paranoid about threats to its hold to power at the same time.  It puts politics and loyalty to the Leader ahead of economic management.  It blames ‘anti-China’ foreign forces for policy failures in China.

Moving forward, Xi’s China will focus on delivering Xi’s agenda to make China great again, by relying on the party and state apparatus to do the heavy lifting, putting economic technocrats on the side-line, and insisting on a narrative of its great achievements.

It will also take a more assertive approach to the world, as Xi seeks to fulfil the international dimension of his China Dream. It means using his Thought to guide the world to share ‘the common destiny of the humankind’. The world will learn what this means as the next five years unfold. 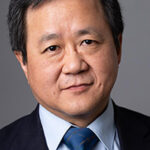