Home/Culture/Chinese Travelers under the “Local Gaze”

Chinese Travelers under the “Local Gaze”: A short summary of a PhD Project

Tourists coming from China are considered as one if not the most interesting “emerging” tourism segment for the industry in terms of growth and volume. Before the outbreak of the coronavirus pandemic, it was one of the world’s leading markets considering departure and expenditure numbers. From an industry perspective, it makes sense to focus on this market, trying to cater to specific needs and demands, to ensure high satisfaction rates and revenues. Moreover, in the past decades, Chinese tourism has not only sparked special economic interest. Significant attention has been paid to it by tourism research as well as by the media at large. For instance, the visit to Switzerland by 12,000 Chinese employees of an American cosmetics company in May 2019 generated an incredible amount of media reports, ranging from rather fact-based news to absurd reports like an “online live ticker” about the trip.

The event in 2019 caused my supervisor, Prof. Lorenzo Cantoni, and me to ask the question, “what is it about Chinese tourism that seems to fascinate not only academics, or industry practitioners, but seemingly also journalists and the general public?” We started my PhD project in late 2019 at USI – Università della Svizzera italiana (Lugano, Switzerland), setting out to examine and assess “the public discourse around Chinese Outbound Tourism in Switzerland” (working title).

Switzerland is a country with a rich history of tourism, having become a popular destination already in the mid-19th century. It is famous for its mountains, efficient railway system, superb watchmaking skills, the cultural variety one gets in such a small country with three official languages (Italian, French and German) and of course cheese, chocolate, and banks… Popular tourism attractions and destinations include Lake Lucerne, the Jungfraujoch, Geneva, St. Moritz, Zermatt, or the Matterhorn.  When it comes to visitors from China, the country received the Chinese Approved Destination Status in 2004. With the number of Chinese overnights stays well over one million in 2018, these numbers were only predicted to grow over the next two decades. However, by 2020, due to the outbreak of the pandemic this all changed. Chinese travel agents stopped selling group tours and package travels in January 2020 and until today we cannot be sure when exactly Chinese travel will return to Switzerland to its full capacity. Dai Bin, president of the China Tourism Academy, recently announced in a keynote speech at a forum on tourism recovery, that Chinese tourism should return internationally by the end of 2022 and beginning of 2023, and that the industry should start preparing now.

The outbreak of the Covid-19 coronavirus and the abrupt stop of international travel dramatically questioned our proposed research project. However, reports and studies on the increase of Sinophobia, discrimination, racism, xenophobia, as well as violence against East Asians showed that now it is even more important to understand the image(s) surrounding Chinese travellers, if the tourism industry wants a safe and responsible restart of international travel. The theoretical lens through which we view tourism is in line with the definition by the UN World Tourism Organization. It goes beyond the interpretation of tourism as a mere commercial organization of holidays, but as a phenomenon with social, cultural, and economic dynamics. For example, specific forms of tourism, like cultural tourism, can help create knowledge, awareness, and respect for the cultural heritage of another nation amongst international tourists or even act as a tool for peacebuilding between nations. Being a centre focused on the research of digital communication, we refer to Cantoni’s ‘ABCDE’ framework, which entails the explanation that digital media can enable the connection between residents, visitors, and heritage; but most important for this research project: between visitors and residents. With this research project we are trying to examine how Swiss residents are viewing “their” tourists, focusing on the connection of the two. Using Foucault’s vocabulary of power (applied by Cheong and Miller, 2000), tourists can be viewed as “targets” of a “local gaze”, and their language, culture, accent, possessions, or other factors can be seen vis-à-vis of those of the residents, locals, or even other visitors of a destination. Tourism can become a critical issue if problems arise from what we, in contrast to sociologist J. Urry, have titled the “local” gaze.

The first part of our empirical research is a theme analysis of Swiss newspaper articles on Chinese Tourism from 2019 until 2020 and the respective user comments that could be found under the published articles: the timeframe allows to include both the above-mentioned event in May 2019 as well as the phase of zero visits due to the coronavirus pandemic. This resulted in the identification of three major themes and their sub-themes. They cover the economic and environmental dynamics as well as Chinese tourism behaviour. The identification of these themes, as well as the comparative analysis between user comments and journalists, is crucial for the overall context of this research project because, as we believe, all stakeholders in the tourism industry can gain from the analysis of (social) media. Even though it does not reflect the opinions of the locals, it reveals the kinds of narratives (including discriminatory stereotypes) that, according to McCombs and Shaw’s agenda-setting theory, have the potential to polarize current public discourse. The knowledge gathered from this study project should aid in implementing the proper communication methods to various stakeholders, reducing stereotypical perspectives.

In a second step, we are currently working on a discourse analysis, dissecting specific arguments coded in the sub-themes surrounding topics concerning sustainability and Chinese Outbound Tourism. Moreover, a representative survey with people online in Switzerland is being conducted, which asks about the specific word associations of participants with Chinese travellers.

More information, updates and the list of publications of this PhD project can be found here. 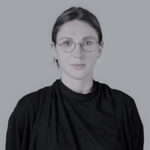 Lea Hasenzahl is a Doctoral Student at the Faculty of Communication, Culture and Society (Institute of Digital Technologies for Communication) at USI – Università della Svizzera italiana (Lugano/ Switzerland). She holds a MA degree in Economics and Communication (Major: International Tourism) obtained at USI and a BA in Sociology and Communication Sciences, obtained at Technische Universität Dresden (Germany). Her research interests include Chinese Outbound Tourism, host-visitor-relationships, (sustainable) tourism development and the use of Information and Communication Technologies (ICTs) for mass public communication. Lea is also a research associate of the UNESCO Chair in ICTs to develop and promote sustainable tourism in World Heritage Sites.