What should China learn from the War in Ukraine? - SOAS China Institute

Home/International Relations/What should China learn from the War in Ukraine?

What should China learn from the War in Ukraine?

The imagined equation “China–Taiwan = Russia–Ukraine” has sometimes been mentioned after the start of the Russia-Ukraine war of 2022. It seems that:

(7) Just as NATO is near Ukraine, the alliance of Japan and the US is near Taiwan.

Accepting the above as true, one can ask following questions.

(1) Just as the US was determined never to use its own force to help Ukraine fight Russia, will the US also be determined never to use its force to help Taiwan fight China? If the US can behave consistently, the answer must be unquestionably ‘Yes’. Just as Ukraine is not yet a member of NATO in which attack on one is seen as an attack on all, Taiwan is not in alliance with the US, and Taiwan is not even seen as a state. After the start of the war in Ukraine, the US has more difficulty in maintaining its policy of ambiguity or unpredictability toward a possible crisis in Taiwan. US President Biden certainly stated that the US would not stay behind in the case of an invasion of Taiwan, but this position is less credible than before, given how deceitfully careful the US is in Ukraine. The US cannot use its forces against Russia in Ukraine because to do so almost automatically means Russia’s attack on US targets outside Ukraine. If the US uses its forces to protect Taiwan against China, it is fair for China to target US bases in Okinawa and the other areas of Japan.

(2) Just as the US used its financial and political leverage to topple the democratically elected regime of Yanukovych in the mid-2010s, is it possible that the US tries to change Taiwan and its policies to China, possibly toward independence?  It is difficult to answer this question. Taiwan is much less corrupt than Ukraine, and Taiwan’s statemen are much less immature, gullible, and dependent than Ukrainian statesmen.  Taiwan has a long history of intimidation from China and betrayal by pro-China west, whereas the new generation of Ukrainian statesmen have relatively little experience with domineering and determined Russia and sympathetic and opportunistic America. It looks that the US does not have much chance to influence Taiwan, but the gap between Chinese identity and Taiwanese identity may be deepened in the future.

(3) If China is pro-Russia on the Ukraine issue, can China support Russian policies toward Crimea and Donbass? Russia’s position on Crimea and Donbass makes senses on the basis of democracy and freedom. The majority of the Crimean population speaks Russian and Crimea announced their dissociation from Ukraine before the independence of Ukraine.  A large number of people in Donbass began to demand autonomy after the Maidan revolution, when the new regime in Ukraine eliminated Russian as one of the official languages of Ukraine. Russia can claim to implement the will of the residents of the disputed areas, which is, in a sense for Russia, a R2P matter. If China wants to apply the same logic on itself, China has to guarantee to its peripheral areas like Tibet, Xinjiang, and Hong Kong much stronger cultural and political autonomy, or separation from China. If a Chinese pupil asks his teacher, “if China supports Russia, which fights against the banning of a mother tongue in Ukraine, why should China not pay more respect to Uyghur and Tibetan languages?” In fact, just as Ukraine thinks that Donbass alone cannot claim itself to be autonomous, China has been saying that Taiwan alone cannot decide to be independent.  China’s domestic policies are more similar to those of post-Maidan Coup Ukraine than those of Russia. But Birds of a feather are not flocking together.

(4) When Russia is not willing to renounce the use of nuclear weapons in this war, will China do the same?  It is hard to answer this question. Russia has warned the world this war’s escalation to a nuclear war is possible, if not probable.  Russia’ huge nuclear arsenal can harm the US when the tactical use of nuclear weapons in Ukraine escalates into an intercontinental use of nuclear weapons.  China may be tempted to use its tactical nuclear missiles from southern China to the Taiwan areas if US ships try to approach Taiwan. But China may not be confident that it alone can threaten the US just as Russia successfully threatens the US now.

(5) If Russia is not trying to swallow the whole of Ukraine but is trying to acquire only a part of Ukraine and incorporate it into Russia, can China apply this salami method to Taiwan? This option is probably difficult, with the exception of Quemoy and Matsu.

(6) If the US and NATO members move weapons by air and by road to Ukraine, will the US do the same in Taiwan? The answer is probably no. If China blockades Taiwan, it will not be easy for Taiwan to fight such a proxy war as Ukraine is fighting. Taiwan needs to be prepared in advance to stand alone against China.  Then the next question is what can Taiwan do to weaken the will of China. Ukraine is reportedly attacking Russia a little beyond the Ukrainian border, but the Ukrainian resistance is limited. A question is if China expects the same in the case of Taiwan.

(7) If Russia’s war in Ukraine and China’s war in Taiwan coincides, how much weight will the US put on Taiwan? It is hard to tell, but the modern history of US foreign policy shows that it reacts much more willingly to the matters of Europe and the Middle East. Although the US is sometimes seen as policing the world, its concern is more West Asian than East Asian.

(8) If Russia tolerates Ukraine now, Ukraine will soon join NATO and the situation will move further against the interests of Russia. In this sense, for Russia, the action is a matter of “now or never”. Then what about Taiwan? Does China foresee a worse future if it does not take an immediate action? Unless China tries to achieve something historic before the one hundredth anniversary of the PRC, and unless China is sure that the peak of China’s power will be the glory of the past by that time, China has no need to hurry. While Russia correctly fears that Ukraine will join NATO if Russia releases Ukraine, Taiwan cannot be an ally of the US unless it declares its statehood and the US recognizes it immediately. Probably this is a critical difference between Ukraine and Taiwan. China’s policies toward Hong Kong may push Taiwanese for independence. But Taiwan may be wise if it does not provoke China, learning from the mistake of President Zelensky’s Ukraine.

(9) Ukraine does not have nuclear weapons, and even if it had nuclear weapons, it would be difficult to deter a Russian attack if it does not have survivable nuclear submarines and control of the Black Sea. Is the situation of Taiwan likewise? Probably the answer is no. Taiwan may be able to change the disadvantage of its isolation surrounded by the ocean into an advantage of using nuclear submarines. This problem is a matter of how Taiwan perceives the current war in Ukraine, and how China perceives Taiwan’s perception of Ukraine. In this sense, the world should end the war in Ukraine in such a way that the Ukrainian statesmen are not so disappointed to the extent of thinking that self-reliance is the best way. This is necessary to prevent the emergence of another North Korea.

(10) The US imposed economic sanctions on Russia. If the US mobilized many states to impose sanctions on China, can China survive? This is a hard question. An obvious point is the sheer size of China’s economy. It is possible in the future that the size of the economy imposing sanctions on China is smaller than that of not imposing sanctions on China. But another point is if the Chinese, who have been accustomed to growth for three decades, can be as tolerant to the state as the Russians are when its economy stagnates. This depends on the way the Chinese people accept the theory of Relative Deprivation. China can be more vulnerable to economic decline than Russia. The third point is if the US can maintain the solidarity of an anti-China front. Western Europe seems disunited about the war in Ukraine more than 100 days after the beginning of the war. A problem is that when so many states are united for economic sanctions against Russia, some, if not all, cannot bear the harmful effects of sanctions while Russia can still endure. This is beginning to happen in July 2022. The lesson China could draw from this is; the larger the coalition the US can form against China in the case of the Taiwan crisis, the faster the coalition will become disunited.

(11) But the above point must direct China’s attention to another point, which is about time. While Russia is spending, or has decided to spend, months to fight its critical war in Ukraine, can China also spend a long time for its war in Taiwan? In other words, such a war provides opportunities for Chinese domestic movements wishing separation or autonomy or more freedom of speech. It will be unwise for China to spend months, and whereas Russia may be satisfied with some compromise with Ukraine temporarily, it will be very ominous for China not to fully accomplish its goal once a war starts. One has to be aware that China’s position is that it has almost no other option than war when Taiwan declares independence. China will certainly want to avoid this scenario, but so long as there is a war going on in Europe, China will be able to control the situation in Taiwan with more confidence.

The rise of China means that China claims the rights similar to the status of the USSR and the US during the Cold War. This is why “China: Taiwan = Russia: Ukraine”, but the future of Taiwan is far from determined.

Discussion of sovereignty in international relations should be supplemented with the geopolitical roles smaller states are supposed to play for huge states. If Russia has alerted the world on this not negligible point by punishing Ukraine which failed to play the role expected by Russia, China cannot let Russia lose this war. Besides Russia can be a buffer for China against NATO expansion.

The war in Ukraine is probably an unexpected bliss for China. China must thank both Biden and Putin for deviating the world’s attention away from anti-Chinese sentiment in the era of Trump to anti-Russian sentiment in the era of Biden. The world has temporarily forgotten the threat from China, which is real, and is inflamed by the rhetoric of the threat from Russia, which is overblown. The US with its “soft-power” will be victorious in this information/disinformation war. But is it in the interest of the world to let the US set the global agenda?  What goes on in Ukraine is the same mistake the US and the UK made when Bush and Blair wasted precious time to fight their short-sighted war against Bin Laden and Saddam Hussein and compromised with Russia and China and North Korea twenty years ago, under the same tendentious idealism of self-righteous neo-conservatism blind to the growing real challenge coming from Asia. 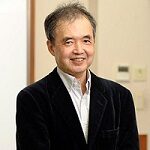 His books include The ‘Story’ of the Rohingyas and the Japanese Government, The Abduction Problem and Japan-DPRK Relations, 9/11 and WMD: Who Helped Whom?. His academic interests are war, genocide, and human rights.