Hong Kong’s handover 25 years on: why human rights eroded so dramatically in the past two years

July 1 marks the 25th anniversary of Hong Kong’s handover from British colonial rule to the People’s Republic of China.

The restrictions on how the anniversary is being held are symbolic of how much things have changed in Hong Kong in the past few years. Several major media outlets are blocked from covering the anniversary ceremony attended by China’s president, Xi Jinping, drones have been banned from the city and political activists have been told by the city’s national security police not to protest.

The past two years have seen significant changes in Hong Kong’s freedoms. National security police have arrested more than 180 leading activists, journalists, scholars, clergy and ordinary citizens in the past 23 months. More than 68 civil society organisations and media outlets have decided to close down for safety reasons and worries about political consequences. And in January 2022, lawyer Chow Hang-tung was sentenced to 15 months in prison for helping organise an annual vigil, commemorating the 1989 Tiananmen Square protests in Beijing.

Twenty-five years ago, some observers hoped China would experiment in giving Hong Kong freedoms that were not available on the mainland. It was also expected to be a model for Taiwan’s reunification with China. The Chinese government initially decided to govern Hong Kong using the “one country, two systems” policy, allowing Hong Kong’s existing systems and ways of life to remain after the handover in 1997. This included a free-market economy, independent courts and laws safeguarding basic political rights.

However, in the past two years, Hong Kong’s rule of law and political freedoms have been significantly eroded by the extensive use of a China-imposed national security law to make it easier to prosecute protesters and giving Beijing more authority over Hong Kong. It has also introduced a new electoral system that has stripped Hong Kong of most of its opposition politicians. China has also reduced the number of seats elected by the public in the Hong Kong legislature, and citizens calling for elections to be boycotted could now be sentenced to jail.

Significantly, the UN Human Rights Committee will review Hong Kong’s implementation of the International Covenant on Civil and Political Rights (ICCPR) in July.

As part of the handover, China promised Hong Kong would have fundamental rights and freedoms under the ICCPR and other international human rights treaties and enjoy full democracy in the future.

However, in June 2020, a year after massive pro-democracy protests, China created a new national security law for Hong Kong. It included making crimes of secession, subversion, terrorism and collusion with foreign forces punishable by a maximum sentence of life in prison, and allowing people who were suspected of breaking the law to be wiretapped or put under surveillance. It gave China wide-ranging new powers.

Even before the handover, there was mutual distrust between the Chinese authorities and Hong Kong citizens, partly due to the regime’s military crackdown on student democracy protests in Tiananmen Square. The Chinese authorities saw Hongkongers’ support for the students as a threat of subversion. In contrast, the people of Hong Kong believed  that increased democracy was the only way to safeguard their ways of life and resist China’s harsh rule after the handover.

Local courts and civil society have been striving to build on these rights in Hong Kong for decades. But the Hong Kong and Chinese authorities have steadily eroded these protections. The Hong Kong government has repeatedly ignored the recommendations of the UN Human Rights Committee to amend the existing rule that criminalises peaceful assembly, as well as an order that punishes individuals and groups making anti-government speeches. The Hong Kong Court of Final Appeal has failed to denounce those illiberal laws.

The reluctance of Hong Kong’s local authorities to improve the legal rules has sowed the seeds of legal repression today. The government frequently uses those laws to arrest and charge peaceful activists, pro-democracy lawmakers and journalists.

The standing committee of China’s National People’s Congress, the country’s top legislative body, has repeatedly used its power to overturn the ruling of Hong Kong’s top court or to influence ongoing constitutional review cases. During the 2019 protests against an extradition bill that would send criminal suspects to China to be tried, the Chinese authorities publicly criticised a Hong Kong court ruling that stopped the local government using its emergency powers to put an anti-mask law in place. In a significant extension of its powers, Beijing declared the decision unconstitutional.

As the Georgetown Center for Asian Law observed, the new security law has undermined judicial independence, leading to an erosion of the principle of a fair trial in criminal courts.

In March 2021, China also introduced an election overhaul barring any meaningful opposition from running in future elections. Observers see the drastic shift of Hong Kong’s political and legal system as incompatible with the agreements China made 25 years ago. Unlike the early days of the handover, Hong Kong’s independent court, civil society organisations and its semi-democratic legislature are unable to provide effective checks on China’s government anymore.

If the new leadership of Hong Kong continues to ignore any commitment to its international human rights obligations, the city is inevitably heading towards the elimination of free expression, political freedoms and the rule of law. 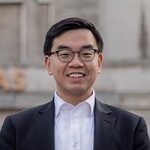 Eric Yan-ho Lai is the Hong Kong Law fellow in Center for Asian Law at Georgetown University. Lai is also a PhD Candidate in Law at SOAS University of London, where his research focuses on the dynamics of legal transplant, legal professionalism and legal mobilisation in authoritarian regimes, as well as Hong Kong and Chinese law and politics, social movements, and electoral integrity. Lai worked as a political science lecturer at several universities in Hong Kong. He is a member of Asian Civil Society Research Network, which is based in the University of Melbourne.

Originally published by The Conversation on 29 June 2022.