The 2022 Russian invasion of Ukraine, beginning 24 February, has turned the Russian energy trade upside down. Meanwhile, McKinsey estimates that Chinese demand for gas will double to 526 billion cubic meters (bcm) by 2035. In this blog post I will review Sino-Russian energy in 2022 with an emphasis on developments after 24 February 2022.

I find that Sino-Russian energy deal making has remained quiet since the 2022 Russian invasion of Ukraine, despite Russian government rhetoric signalling that bilateral trade will double from $100 billion to $200 billion annually by 2024. Chinese and Russian firms announced a string of significant oil and gas contracts in early February, but the February agreements do not involve gas and oil quantities large enough to substitute for Euro-Russian energy trade. The most significant investment, the Power of Siberia 2 gas pipeline, is still in negotiations and there have been no developments on this front since the Ukraine War.

There are multiple reasons for momentary Sino-Russian quietude. First, it may simply be too early to detect a marked shift in economic ties following the Ukraine War, because gas and oil investments are projects requiring large capital expenditure and time for negotiations and execution. Second, Chinese leaders may not yet know how they would like to proceed with Russian economic relations, including energy imports. Third, Chinese leaders may desire to pursue a middle-ground path towards Russian economic relations that largely follows pre-war ties, rather than cutting off Russia or forming closer bonds. Fourth, Chinese negotiators may be proceeding at an accelerated pace to secure additional Russian gas and oil supplies, but with an intention to keep such negotiations private for the moment to avoid international backlash.

Nevertheless, Moscow needs to find substitute buyers for exports previously headed to Europe, while China is a neighbouring country with the demand capacity to absorb Russian supply. From Beijing’s perspective, Russian energy imports carry the strategic advantage of overland (pipeline) delivery and potential ocean shipping through the emerging Northern Sea Route, which would decrease Chinese reliance on energy imports that currently transit a southern route vulnerable to disruption.

Consequently, while the muted pace of Sino-Russian energy deal making since the Ukraine War would not alone indicate an acceleration of energy trade, the above-mentioned factors will drive both Moscow and Beijing to increase bilateral trade in gas and oil. Nevertheless, it will be many years before sufficiently large pipelines become operational to deliver Russian energy output to China. In the meantime, shipping may partially compensate to conduct Sino-Russian energy trade.

Russia is the world’s third-largest oil producer and second-largest gas producer, while China is the world’s largest importer of both oil and gas. Chinese demand can absorb Russian supply.  Russian exports to China are predominantly crude oil (48.3 percent alone) followed by an array of other energy products. Chinese exports to Russia are much more diversified but comprise a minor portion of Chinese global goods exports, reflecting the vast difference in the size of the two economies. From Beijing’s perspective, China imports 15.5 percent of its crude oil from Russia, with much of it transiting pipelines rather than shipping. Since the rest of China’s oil imports pass through the vulnerable Malacca Strait, Chinese access to Russian oil is strategically important to diversify import routes.

But shifting the destination of Russia’s oil and natural gas exports is easier said than done. The location of reserves and the method of delivery complicates the feasibility of substituting customers, particularly when the producer’s extraction sites are spread across a vast landmass the size of Russia. Sino-Russian pipeline infrastructure is vastly inferior in capacity compared to Euro-Russian pipeline infrastructure. Moreover, the most productive Russian basins are in Western Siberia with pipelines flowing towards Europe with limited or non-existent linkage to the Sino-Russian network.

Currently, Russian gas deliveries to China originate from Far East fields and transit the Power of Siberia 1 Pipeline, finished in late 2019. With a capacity of 38 bcm, Gazprom delivered 10 bcm in 2021. Russia delivered an additional 6 bcm to China in 2021 via LNG shipments. This quantity pales in comparison to the eight Russian pipelines delivering 220 bcm per year (bcm/y) to European customers. Russia plans to construct the Power of Siberia 2 line with a capacity of 50 bcm per year to deliver West Siberian gas to China. This pipeline is critical, as it would allow Russia to substitute European buyers of West Siberian output to Chinese customers.

On 4 February 2022, during Putin’s visit to Beijing, Gazprom and China National Petroleum Corporation (CNPC) agreed to build a 10 bcm/y capacity gas pipeline from the Russian Far East to China that would link gas output on Sakhalin Island to the Power of Siberia 1 line. Deliveries from the Sakhalin expansion will begin in 2025. This would expand the delivery currently handled by Power of Siberia 1 from 38 bcm/y to 48 bcm/y.

In the weeks following the Russian invasion of Ukraine, Chinese buyers have been more tentative to secure Russian oil shipments compared to Indian buyers. Major Chinese purchasers of Russian oil shipments, such as Sinopec, CNOOC, PetroChina, and Sinochem, have refrained from forming new contracts with Russian suppliers. In contrast, Indian buyers secured Russian supplies at “record” discounts of $30 and $25 below market price per barrel. Chinese firms have signalled that they will soon return to buying Russian oil. On 28 March 2022, an unnamed Sinopec executive told Nikkei Asia that Sinopec will continue buying crude oil and gas from Russian suppliers.

Developments in Sino-Russian energy trade have been relatively slow since 24 February 2022. But at the time of writing it has only been six weeks since the outbreak of the Ukraine War. Six weeks can be a mere blip in time in the context of energy sector deal making. Consequently, Sino-Russian silence provides relatively weak evidence that Sino-Russian energy trade is on the decline. On the other hand, there is a confluence of incentives from the perspective of both Moscow and Beijing to increase Chinese imports of Russian oil and gas. Moscow needs to find new energy customers, although such a diversion in trade will take years to complete. Beijing is eager to secure gas and oil imports that transit overland, or at the very least avoid the Malacca Strait. In the end, both sides will see the net strategic advantage of expanding oil and gas trade. 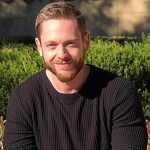 Rob O’Brien is a graduate of UCLA School of Law (2022), where he was the editor-in-chief of the UCLA Journal of Islamic and Near Eastern Law. Rob is now an associate at the International Commercial & Trade Practice group at Baker McKenzie, based out of San Francisco.