Is China about to close the door? - SOAS China Institute

Home/Politics/Is China about to close the door?

Is China about to close the door?

In the context of the upcoming 20th Congress of the Communist Party of China, one has to look inside the country to ascertain its reaction to the current international crisis. Two issues are critical. The first issue concerns the internal redefinition of the concept of Deng Xiaoping’s “peace and development” as the major theme of the time. Secondly, what are the true motives behind China’s zero-COVID policy? Both issues suggest that Chinese leaders fear that the global situation could lead to an Opium War scenario when the Middle Kingdom was forced to adopt a decision taken outside of China. The threat of a similar outcome would ultimately weaken the position of  Xi Jinping. So is the Chinese leader about to take pre-emptive, semi-isolationist steps in order to secure his and the CCP’s dominant position?

”Peace and development”: a possible redefinition?

When Deng Xiaoping assumed power in the late 1970s, he redefined Mao Zedong’s previous vision of the world. Mao saw the world in terms of “war and revolution,” while Deng departed from this view, redefining the major theme of the time as “peace and development.” This framework made it possible for China to open up to the world and develop peacefully. While using Deng’s “keep a low profile and bide our time, while also getting something accomplished” guidelines, the entire country benefited from economic globalization.

Admittedly, the development that China has achieved is impressive. But nothing lasts forever. The Russian war against Ukraine, along with China’s confirmation of supporting strategic relations with Russia and increasing tensions with the US over technological and financial resources, means that the redefinition of the Deng Xiaoping paradigm is now an important topic in internal discussions.

The possibility of such a discussion regarding the “peace and development” framework was suggested by President Xi Jinping in a phone call with President Biden. In this context, it is important to underline the words of the Chinese leader, which few drew attention to: “The prevailing trend of peace and development is facing serious challenges. The world is neither tranquil nor stable”.

Domestic debates at the highest level have usually concluded with political campaigns. If this rule is broken, there is a risk of disruption not only within the party but also in society as a whole. In such a political context, the main factor determining the outcome is the political position of Xi Jinping within China’s party-state system. Ever since taking power in 2012, Xi Jinping has been gradually strengthening his position. In today’s unpredictable global state of affairs, the strengthening of the leader’s position, ahead of the CCP Congress may be enacted through propaganda. This method may create a feeling of a “besieged fortress” and trigger a patriotic mobilization of the one-child generation, which may be similar in tone to that of the Cultural Revolution.

Another parallel can be drawn between China’s past and present. Mao Zedong’s paramount position was secured by a redefinition of previous policies and mass mobilization campaigns to underpin them. Today, a similar process may be accelerated by Russia’s isolation and, if China decides to support Moscow, the possible deeper isolation of Beijing as well. In such a situation, it would be necessary to redefine the concepts of peaceful coexistence, with the shift this time being supported by vehement anti-American and anti-Western rhetoric, which can currently be observed in the “People’s Daily”.

Anti-Americanism is being promoted by, for example, Wang Huning, ideological adviser to Chairman Xi Jinping, a member of the Politburo Standing Committee and author of a famous study, “America Against America” (1991), in which he forecast the collapse of the United States. However, anti-American sentiment in the “People’s Daily” is countered by others that still cherish Deng Xiaoping’s “opening up and reform” and who have a fairly positive image of EU member states. It indicates that the battle over framing Beijing’s worldview is far from over.

But the difficulties of Russia in Ukraine along with a united West may tip the balance in favour of an isolationist stance. The problem of opening up and reforming this international system from within is exacerbated by the fact that China’s major partner, Russia, currently has very limited resources to support China’s position as a reformer of the international system. This state of affairs has led the Chinese government to practically test self-imposed isolation. COVID-19 is a genuine game-changer in this respect.

A pandemic smokescreen: self-isolation and semi-autarchy?

The current international crisis has brought the discussion regarding the topic of “peace and development” to the fore. However, the biggest dilemma is not the war in Ukraine and Moscow’s isolation but the domestic agenda and the state of China’s economy during the pandemic. From a global economic perspective, we are accustomed to seeing China as a “shareholder” in globalization. However, as a result of the trade war with the United States, the Chinese side has opted for a dual-circulation economy, i.e. a de facto increase in economic self-sufficiency while attempting to be less dependent on Western technological resources. It also allows China to ready itself for any future scenarios involving sanctions.

However, what looks good on paper may be more difficult to implement in reality. We know from the past that the policy of isolation has led to escalating tension as well as competition between local authorities for limited resources. How far along the plans are for compulsory self-isolation in economic sectors is open to question. Undoubtedly, it is puzzling that Prime Minister Li Keqiang, who is still responsible for economic development, assured the assembled press at the last Chinese National People’s Congress that no one “wants or can close the door”. If “closing the door” does happen then it will limit China’s cooperation with the developed world that assists in China’s technological development. The government may, however, be able to explain any deficiencies by utilizing different rhetoric. In fact, the central government’s zero-COVID policy may help to secure the central position of Beijing and Xi Jinping himself.

The policy of “zero tolerance for COVID” should be viewed as an experimental field for analysing the economy at the moment of being cut off from foreign markets and the possible upcoming global recession. This scenario could occur as a result of global sanctions being imposed by the United States and a more assertive European Union. This testing may be illustrated by the recent introduction of a full lockdown in cities such as Shenzhen, a city of new technologies and the location of Huawei and Tencent’s headquarters. However, it is the closing of Shanghai, causing massive disruption at ports and to value chains, which has made the headlines. The city may well have been a lab rat for testing the resilience of an economy facing sanctions.

It is worth noting that China’s political life is dominated by social mobilization campaigns that signal horizontal competition. The same is true when it comes to the country’s zero-COVID policy. For example, Jilin Province’s Propaganda Department has already announced that the province has won the “war” against the virus. But the victory was not declared by the local community but by the leadership of Xi Jinping. The absence of material incentives for the provinces in the peoples’ war against the “invisible enemy” allows the government to shift the basis for the inter-provincial competition from an economically driven to an ideologically motivated contest.

President Xi Jinping and the Chinese elites are faced with a dilemma as to whether it is possible to continue policies based on Deng Xiaoping’s concepts of “peace and development” or if it is time for a sea change in policy. As we can see through reading the “People’s Daily”, a discussion is taking place between supporters of China’s opening up and supporters of a tougher anti-Western stance. The latter approach will lead to limited access to global resources and will be unable to meet the increasing needs of China’s growing middle class. Consequently, the question of what is more beneficial for the paramount leader remains open.

But actions speak louder than words and Xi Jinping has turned to previously tried and tested political mechanisms such as mobilization campaigns. The political campaign of “zero-COVID” will ultimately lead to a change in the methods of horizontal competition which, may be based less on economic incentives as well as international cooperation and more on ideological competition in a partially closed economy. However, the aims of this competition remain the same. The competition at the lower levels allows the paramount leader to remain at the top and be seen as a benevolent, and fair ruler by Chinese society. Despite the discontent expressed by its citizens toward the zero-COVID policy, it is even more important for Beijing to have the ability to take the pre-emptive measure of isolating China before that decision is taken out of the country’s hands by sanctions imposed by the West. Both, discussion over “peace and development” as the major theme of the time, together with cross country lockdowns, signals China’s preparations for the global economic recession and political turbulences. 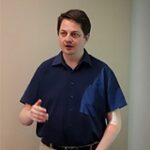 Dominik Mierzejewski is Chair at the Center for Asian Affairs (University based think-tank) and Professor at the Department of Asian Studies, Faculty of International and Political Studies, University of Lodz, Poland. He studied at the Shanghai International Studies University (1999-2000, 2003-2004), was an intern at the Heritage Foundation and was awarded the Jan Karski scholarship by the American Center of Polish Culture in 2003. He was a visiting professor in the Chinese Academy of Social Science, with a grant from the Polish Foundation for Science (2010-2011). He has published three monographs: Between Morality and Pragmatism: Dezideologization of the Rhetoric of China’s Diplomacy (Lodz 2013), China’s Selective Identities: State, Ideology and Culture (co-author, Palgrave 2019) and The China’s Provinces and the Belt and Road Initiative (Routledge 2021).