In his message to the Boao Conference (21 April) President Xi Jinping made an admirable statement of principle:  The international system “with the UN at its core” should be firmly safeguarded, and it was particularly important for “major countries to lead by example… and act in a way befitting their status”. However, as China often reminds us, words have to be matched by deeds.  At this time of crisis in Ukraine, how do Chinese words compare with their deeds,  and what more could Beijing do to fulfil its obligations to the UN Charter as a permanent member of the Security Council (SC)?

The starting point is in the chambers of the UN, with the SC resolution of 25 February (vetoed by Russia) and the General Assembly (GA) Special Session resolution of 2 March, which was approved by 141 votes, amounting to 73 percent of the UN membership, with 35 abstentions. Only five members, or 2.6 percent, actually voted against.

China abstained in both cases, and its representatives made relatively brief statements to explain why. Abstention signifies neither assent nor rejection, and the Chinese position as stated did not address the substance of the resolution, claiming instead that it would only “add fuel to the fire”. Foreign Minister Wang Yi provided more background in a five-point statement issued the following day. China respected the territorial integrity of all countries but said that Russia’s legitimate security concerns should be resolved. China also rejected any SC resolution that would authorise enforcement action under Chapter VII of the Charter.

In fact, the draft SC resolution had been modified to omit any reference to Chapter VII, in an unsuccessful attempt to win Chinese support, and the GA resolution also made no reference to it. A few other concessions in wording were also made, according to Reuters.

However much outrage may be caused by Russian war crimes in Ukraine and the suffering of civilians, we should not lose sight of the core issue.  The vast majority of UN membership has found Russia guilty of aggression, and consequently every single action by every single Russian tank, artillery gun, or soldier, is a violation of the Charter, which requires a response.

It is relevant then to ask whether China accepts that Russia has committed aggression under the Charter, and merely avoids saying so for reasons of its own diplomacy. If Beijing does accept the judgement of the GA, would some different wording have been acceptable in either resolution – such as a reference to Russia’s “legitimate security concerns” and a commitment to address them, or would more have been required? China does not seem to have proposed any alternative wording.

If Beijing does not regard Russia as guilty of aggression, then on what part of the Charter is it relying? It would be a difficult argument to sustain in view of the clear provision of Article 51. This only grants the right of  “self-defence” (which Russia appears to be claiming) if an attack occurs, and requires that any measures taken must be immediately reported to the SC so that it can intervene.

In view of the “no limits” partnership with Putin proclaimed by Xi Jinping (however unwise that now may seem) it is probably unrealistic to expect Beijing to denounce Russian aggression forthrightly. Perhaps the assertion of support for the Charter is supposed to signal Chinese concern, but that is far too vague.

China could however distance itself from the Russian aggression in other ways. It could emphasise its responsibility under Article 24 as a permanent member of the SC to maintain “international peace and security”. It could re-assert the pledge in the Charter’s Preamble to devise principles and methods ensuring that “armed force shall not be used”. It could encourage discussion by Chinese international lawyers of the provisions of Chapters VI and VII which address the peaceful settlement of disputes and breaches of the peace.  And Beijing could even (as I have suggested in a previous blog) allow the Chinese media to use the word “invasion”.

China frequently expresses its hope that the Ukraine war, which it regards as tragic, will be solved through negotiations, and calls on other countries to seek this through good efforts. As explained to EU leaders by President Xi, China itself seeks to do so, and has “always been promoting peace talks in its own way.”

What is that way, and how does it differ from the way adopted by other nations?  Other countries which have sought to mediate, including Israel, Turkey, France, Germany and India, have given some idea of what they proposed. It is less clear when and in what terms China has attempted “to promote peace talks”. However Beijing has moved in one important area: it began to support calls for an “immediate ceasefire” a month after the Russian invasion, and joined with India in making this call when the two foreign ministers met on 25 March.

Would Beijing now support a UN initiative to reach a ceasefire? This could begin in the Security Council and use the good offices of the Secretary-General who has already begun to intervene more actively. Britain and other permanent members should support such an initiative rather than appearing to accept the inevitability of a protracted war. (Boris Johnson’s suggestion that the war may last till the end of next year was particularly foolish and unhelpful).

Foreign Minister Wang Yi issued in early March a call for large-scale aid to avert a humanitarian crisis in Ukraine, proposing a six-point initiative. This included support for the UN’s efforts to coordinate such aid. China says it has sent three batches of aid. The first was announced on 9 March, to a value of five million yuan (approx US$790,000). A second batch of twice the value was announced on 21 March. A shipment that had already arrived in Ukraine on 18 March was described by the Chinese media as a “third batch”, but its value was not specified.

Overall, such aid will have been welcome to the Ukrainian government both for itself and as a symbol of support.  However, in the context of China’s international aid pledges set out in its 2021 White Paper, and as compared to aid to Ukraine now being given by other major countries, the Chinese contribution is relatively modest. A commitment of  large-scale aid, in cooperation with the International Committee of the Red Cross, to help rebuild Ukraine’s shattered infra-structure would reflect the urgency expressed in Wang Yi’s six principles.

Altogether, it is time for China to commit itself more clearly, in deeds as well as words, to the restoration of peace in Ukraine. 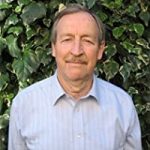