泰国省 (Thailand Province of China) and the Milk Tea Alliance

At least since the latest coup in 2014, Thailand’s undemocratic governing regime has not once disagreed with the Chinese Communist government. Despite having to break prior international agreements, such as the case of returning over a hundred Uyghur refugees to be persecuted in China in 2015, or hugely against public opinion in the case of insisting on buying millions of doses of Sinovac as the main vaccine for the COVID-19 pandemic in Thailand in 2020, or even breaking with her ASEAN neighbours in consistently refusing to get involved in the South China Sea territorial dispute, all of this has landed Thailand, under Gen. Prayuth Chan-o-cha, the degenerate nickname of being 泰国省 [tai guo sheng] or Thailand province of China.

At the same time, since April 2020, Thai netizens have been responsible for launching the largest online pro-democracy network across East and Southeast Asia to date. The “Milk Tea Alliance” took rise from a Twitter war between Thai and Chinese netizens over the internet trolling of Thai boys-love superstar Vachirawit (nicknamed ‘Bright’) Chiva-aree’s social media gaffe that apparently challenged the One China principle. Although the actor had apologized profusely and removed all of his problematic posts from social media, Chinese fans continued to attack him online, resulting in his Thai fans rising to the occasion to protect their online idle with anti-PRC statements related to Hong Kong democracy and Taiwan independence. What appeared very much like a middle-school Twitter spat over a teenage heartthrob should have been over and forgotten within a couple of days had the PRC Embassy in Thailand not issued a long reprimanding message (in Thai, English, and Chinese) for Thai netizens violating the One China principle on the embassy’s Facebook page. This led to a storm of insults from Thai netizens towards the embassy’s Facebook and provided an official trans-national platform for Hong Kong pro-democracy activists and pro-independence Taiwanese politicians to speak out with gratitude for Thai netizens’ anti-PRC expressions of solidarity. Before April 2020 drew to a close, the “Milk Tea Alliance” was established as the ethereal alliance in cyber space of the pro-democracy movements in Taiwan, Hong Kong and Thailand—bonded not only by their mutual obstacle against democratization being the PRC, but also by the shared culture of consuming tea with milk.

According to mainstream nationalist historical narrative, Thailand was the only Southeast Asian country not to have been colonized by the West through the height of the colonial period from the late-19th century to the conclusion of the Second World War. Then, how on earth, has this kingdom arrived at this point in the early 21st century, where it is known both as a province of the PRC and the origin of the Milk Tea Alliance? This is because, in reality, not only was Thailand the only country not to have been completely colonized in Southeast Asia, it was also the only country not to have experienced decolonization. Thailand is the only country in Southeast Asia that remains in the colonial era up to the present day. Through the modern history of Thailand, we have witnessed the conservative ruling class—namely the monarchy and its close alliance with the military—shift from one external superpower to another in order to survive crisis situations and retain political dominance in the kingdom. From adopting the vague position of a pseudo-British colony through the height of the colonial era, to serving as the US’ largest and unsinkable aircraft carrier through much of the Cold War, Thai dictators of the 20th century had managed to keep democracy at bay with continuous support and patronage of external superpowers. This changed with the conclusion of the Cold War when the US no longer had the urgent need to support anti-Communist Asian dictators. The 1990s became the decade of democratization across the Asia Pacific. South Korea and Taiwan in East Asia and ASEAN’s founding members, such as Indonesia, all eventually returned sovereign power to the majority vote of their citizens.

Thailand, however, once again became the exception—the only country in Southeast Asia to be democratized in the 1990s only to return to military dictatorship less than a decade later. This time with the blessings of yet another external superpower—the People’s Republic of China, the rising star of the 21st century that does not consider democracy and human rights as universal values. It is, therefore, not surprising at all that the undemocratic ruling regime of Gen. Prayuth Chan-O-Cha would have to oblige to China’s every demand and endure the demeaning mockery of Thailand becoming a province of China, while the Thai pro-democracy activists came to find unlikely allies in movements in Taiwan and Hong Kong (and later, as of January 2021, also Myanmar).

In this last wave of decolonization and political modernization in the Asia Pacific, the PRC has come to be regarded as the greatest obstacle to democratization across the East and Southeast Asian regions. The COVID-19 pandemic, which had forced China into a semi-lockdown state for the past two years and still on-going according to the Zero-Covid policy, has significantly weakened the PRC’s economic influence in the global arena. The Belt and Road Initiative—launched with much fanfare in 2013—came almost to a complete halt since the beginning of the new corona virus outbreak. This has resulted in detrimental repercussions in Southeast Asian dictatorship regimes that had relied on Chinese approval and support through much of the 2010s. With this weakening comes the crack, that is the Milk Tea Alliance, through which the light of hope for democratization could shine. The struggle is ongoing, but the end is near, and China-Southeast Asian relations are definitely moving into a much-transformed era. A new paradigm is emerging and a major shift in world order in the Far East will certainly become apparent before the end of the 2020s. 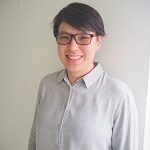 Wasana Wongsurawat is associate professor at the Department of History, Chulalongkorn University in Thailand. Her research interests include the modern history of China, history of the Chinese Diaspora, history of Sino-Southeast Asian relations and Sino-Thai relations. Her first monograph, The Crown and the Capitalists: The ethnic Chinese and the founding of the Thai nation, was published with University of Washington Press in 2019.