UK-China relations - what after the reset? - SOAS China Institute

Home/International Relations/UK-China relations – what after the reset?

UK-China relations - what after the reset?

The views in this blog post solely reflect those of the author and not the China Research Group.

The China Research Group was set up by MPs in 2020 to promote debate and fresh thinking about how the UK should respond to the rise of China.

The British government under David Cameron famously defined itself as ‘China’s best partner in the West’, committing to deeper ties with Beijing through actions such as becoming the first G7 country to join the Chinese-founded Asian Infrastructure Investment Bank (AIIB) and creating a China-friendly investment environment in the UK.

However, a raft of key events has led to an abrupt cooling in relations. Huawei’s proposed involvement in building the UK’s 5G network entered the political and public consciousness as a national security risk. The erosion of democracy in Hong Kong prompted the UK to offer sanctuary to the territory’s citizens through a new visa scheme, irking Beijing. Wider coverage of human rights abuses in Xinjiang saw UK public opinion of China’s global leadership capabilities nosedive and the Government sanction Chinese officials for the first time.

The change in tone here in the UK has mirrored that of the wider democratic world. Diplomatic fallouts with Lithuania and Canada, trade disputes with Australia and human rights concerns have all pushed sentiment towards the world’s emerging power in a more sceptical direction.

We are dealing with an increasingly assertive, risk-tolerant Chinese Communist Party (CCP). This has become clear with everything from the rise of Wolf Warrior diplomacy, to the Big Tech rectification campaign, to heightened pressure on the self-governing island of Taiwan.

Events over the past two years – most notably the struggling initial responses to the Covid-19 pandemic in Europe and North America – have given the CCP newfound confidence that its authoritarian, highly centralised political system is superior to those of liberal democracies. Chinese President Xi Jinping has spoken of “building a socialism that is superior to capitalism, and laying the foundation for a future where we will win the initiative and have the dominant position.”

It is now widely accepted that we are moving into an era of strategic competition with China, amid a backdrop of global interconnectedness. University of Exeter China specialist Martin Thorley has characterised our current holding position as a ‘phoney peace’. Finding a way to live with China’s international influence that doesn’t compromise our security and values is now the critical question for the UK (and the CRG) to unpack.

Strategic dependence is perhaps the primary concern amongst parliamentarians as the UK redefines its relationship with China. Positions that have emerged in the past year on supply chain security, critical national infrastructure, disinformation, cyberspace and foreign investment screening – all reflect an acceptance that we must strengthen against the risks posed by ‘the biggest state-based threat to the UK’s economic security’. Expect to see a post-pandemic push to diversify supply chains intensify in security-critical areas such as critical minerals (China controls around 90% of the world’s supply) and frontier technologies.

Countering foreign interference is also high on the agenda. In the wake of the Christine Lee affair, in which MI5 warned that a CCP ‘agent’ was operating in Westminster, lawmakers have recognised that the UK’s toolkit for dealing with malign interference is in need of updating. New counter state threat legislation is likely to include provisions on transparency in ownership and financing from authoritarian states. Partnerships between Chinese state-linked entities and British universities that risk compromising national security will also come under further scrutiny. In countering interference from hostile states, precision in our language and stated intentions will be crucial to protect diaspora groups that have been on the receiving end of an uptick in anti-Asian racism in recent times.

Beyond the UK’s borders, there’s a drive to compete with China’s Belt and Road Initiative (BRI) by working with G7 allies to provide sustainable support to the Global South. After hosting the COP26 summit last year, the UK is well-positioned to provide green infrastructure solutions, research, and capacity building to those most vulnerable to the impacts of climate change. The next step is to flesh out a more concrete roadmap for British overseas development finance initiatives.

The UK is in the final stage of acceding to the CPTPP Trans-Pacific Trade Bloc, and we played a lead role in forming the AUKUS trilateral security pact. These are the first practical illustrations of what ‘Global Britain’ means. Making a success of our more ambitious foreign policy prospectus will hinge on new partnerships with nations that we share strategic interests.

Finally, we must continue to carve out channels for cooperation with China. The CRG has emphasised the need for the UK to improve its China capabilities, encompassing everything from Mandarin teaching in schools to FCDO career pathways. The UK should continue to open its doors to talented Chinese students and migrants and maximise the benefits of cultural exchange.

Vaccines still need to be widely distributed across the Global South – this may be an opportunity to work alongside China and tap into its vast networks for a universal win. We will also have to find ways to convince Beijing to accelerate its decarbonisation efforts if we are to solve the world’s most urgent existential threat.

Discussions of UK China strategies can often deprive China of agency. Recent times have taught us developments in China that are beyond our control can have world-altering consequences and a significant impact on British livelihoods.

There are still many great opportunities in our relationship with China, but we can only realise them if we are able to create frameworks that safeguard our interests and engage the whole of British society with the greatest geopolitical challenge of our generation. 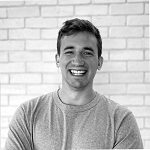 Chris Cash joined the China Research Group in January 2021 and now leads the research arm of the group. He has a Master’s degree from the Lau China Institute at King’s College London. Prior to that, he worked for the British Council for two years in Hangzhou.