Moscow and Beijing telling their stories (un)well. The case of Poland

Recent months have indisputably proven that Russia has become a major disruptor to the European security order, while China is no longer indifferent to Moscow’s continued hostility towards both Ukraine and NATO’s eastern flank. Similarly, Beijing has also stepped up its efforts to position itself as a revisionist power by weaponising trade and trying to further alienate Taiwan on the international stage. The common denominator of China and Russia’s current actions is their mutual ambition to create a global order that would increasingly reflect the needs of authoritarian states. As experts from the Warsaw-based Centre for Eastern Studies have recently put it, Moscow believes that “a Pax Sinica would offer it a much more hospitable environment than the one provided by the Pax Americana”. With the Sino-Russian joint statement issued right before the Beijing Winter Olympics, China has clearly and unprecedently articulated its support for Russia in its efforts to reshape and expand its sphere of influence in Europe.

Apart from changes in the global balance of power, conventionally measured by military, economic and institutional factors, the authoritarian-friendly future envisioned by Moscow and Beijing would also require evolution of the perceptions of Russia and China among the public in different parts of the world. From this perspective, influence operations seem a must to achieve long-term change. Russia is a well-established actor in this domain, with information warfare constituting an important element of its security policy. Comparably, China is a relative newcomer in this area, with most of its efforts focusing on spreading “positive energy” and increasing its “discourse power” to incrementally rewrite international norms, values and ethics, also known as “telling China’s stories well.” Yet, the onset of the pandemic brought a sharper edge to Beijing’s rhetoric, while the debate on potential Sino-Russian cooperation in influence operations has gained traction since the outbreak of the COVID-19 pandemic, with many looking for potential signs of Beijing and Moscow’s coordinated efforts in the information sphere and beyond.

Central and Eastern Europe (CEE) has been a region particularly affected by both Russian and Chinese coercive tactics in recent years. When it comes to the former, Moscow has perceived CEE as its historical sphere of influence, while the latter has become increasingly hostile towards regional states openly embracing their ties with Taiwan (most prominently Lithuania, but also Czechia and Slovakia). When it comes to the most pressing security-related challenges to the region (like the border crisis between Belarus, Poland, and the Baltic states or weaponisation of trade with Lithuania), disinformation campaigns and attempts to influence public opinion have resurfaced as important elements of both Moscow and Beijing’s behaviour in CEE states.

In this context, Poland is an interesting case in point. A recent study published by MapInfluenCE has examined two major online media outlets responsible for promoting Chinese and Russian state-backed narratives in Poland, namely China Radio International (CRI) and Sputnik. In total, 153 op-eds and commentaries published in both outlets were analysed, with a special focus on pieces on China and the COVID-19 pandemic. Many of them displayed signs of convergence when it comes to their preferred narratives. For example, both CRI and Sputnik focused extensively on discrediting liberal democracies and fuelling distrust towards Washington. The unclear origin of the pandemic was also brought up by both media, with repeated references to conspiracy theories, such as the one concerning the role of a US military lab at Fort Detrick in allegedly spreading the virus. Moreover, there were several instances of parallel efforts by Sputnik to use Chinese sources and by CRI to use the Russian ones to legitimise their respective claims.

Despite increased engagement in shaping the local public debate, the effects of Chinese and Russian activities in Poland seem ambiguous. CRI’s coverage appears unconvincing to the Polish audience due to poor editing, propaganda newspeak and overall lack of professionalism. Sputnik, however, tries to portray itself as a medium catering to “independent thinkers”, thus appearing more suited to local media realities of press freedom and individual preferences of a considerable segment of Polish society.

Currently, the Russian and Chinese outlets active in Poland seem to conduct their information campaigns in parallel rather than in tandem. Nevertheless, Beijing has been on a learning curve for a couple of years now, with new attempts to outsource and localise its messaging to foreign audiences. Given the unprecedented closeness between Moscow and Beijing, which has crystallised in recent years, closer Sino-Russian cooperation in the information domain cannot be ruled out. Despite asymmetries between the two countries, their long-term strategic goals seem to be largely convergent. In Bonnie Glaser and Andrew Small’s words, “differences exist, but they cannot be used to drive a wedge between them.” From this perspective, information sphere might in the long run become one of the most crucial arenas of systemic rivalry between Russia, China, and broadly defined liberal democracies.

Editor’s note. This commentary was written just before the Russian invasion of Ukraine on 24 February 2022 and the European Union’s subsequent move to ban Russian state-owned media such as Sputnik. 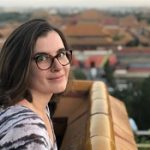