In the Three-child Era, China Must Pay More Attention to the Welfare of Rural Women

In May 2021, the Chinese state further eased its population-planning policy, allowing couples to have up to three children. However, efforts to boost births are receiving a mixed response from urban and rural populations and are likely to aggravate the reproductive burden on poor rural women.

Behind the policy shift is government anxiety about the country’s slowing birth rate. According to the Chinese National Bureau of Statistics, the number of newborns has fallen for five consecutive years, from 17.86 million in 2016 to 10.62 million in 2021. In 2020, the country’s fertility rate dropped to 8.52‰, further dropping to a record low of 7.52‰ in 2021, putting further stress on policy-makers to deal with a rapidly ageing population.

Although the policy was an official attempt to reverse falling birth rates, the first batch of local surveys reveal that only a very small proportion of rural and urban families are willing to have more children. More importantly, surveys show a considerable birth rate divide between rural and urban populations. For example, in Jinan, capital city of the northern province of Shandong, 11.2% of rural participants are willing to have three children, whereas this percentage for the city sector is only 4.3%. Likewise, Yancheng, a third-tier city in the southern province of Jiangsu, reports 11.8% of rural and 2.9% of urban populations are willing to have three children.

While many applaud China’s huge policy advancement in supporting the rights of women of childbearing age, one unfortunate fact is highlighted, as all of these proposals are targeted at urban working mothers. It is obvious that these measures are meant to reassure working women that they can afford to raise three children while retaining a full-time job. But these measures largely ignore the benefit of rural women, although many of them live in a more worrying welfare status.

In the third-child era, both rural and urban women’s reproductive burden is likely to grow. But rural mothers’ welfare has become almost invisible in current population policies, since they are one of the least represented populations in policy-making processes. However, burdens and challenges related to childbearing for rural women are no easier compared to their urban counterparts. What needs to be pointed out here is that rural women’s needs and dilemmas in motherhood are rather different from those of urban mothers. Unfortunately, the current supporting measures associated with the three-child policy fail to address their concerns.

Compared with working urban women, the pressure of financial precarity on rural women is much higher. In current China, social insurance for rural and urban residence is on two separate tracks. However, current maternity insurance only covers urban employees. This means that rural women as well as a considerable number of female migrant workers are excluded from the benefit of China’s maternity insurance system. Although the Chinese Government has made tremendous efforts to ensure that the rural insurance can cover rural women’s birth-related medical costs, these mothers will not enjoy the same childbirth allowances or nutrition subsidies during the long maternal pause pre- and post-delivery as urban mothers. In the absence of effective social security support for rural mothers, in the third-child era, rural women’s economic insecurity will only increase.

Another problem troubling rural women is the care for left-behind children. In 2020, 285.6 million of the rural population migrated to cities for higher wages. Due to the high cost of living and education, many of these people leave their children in their home villages. According to the China Children Welfare and Protection Policy Report 2019, up until August 2018, there were 6.97 million left-behind children in the country’s rural areas. The caring responsibilities are often left to older family members such as grandparents, who usually fail to perform them well due to their old age, poor heath and lack of support. In the third-child era, while policy-makers have started to increase investment in urban childcare services and facilities, less attention has been paid to the development of affordable and quality daycare services in rural areas. The shortage of proper supplementary care services has worrying consequences for the well-being of these rural women, as more often than not, the heavy parenting burden will eventually fall on these mothers.

With all-sweeping media campaigns promoting motherhood in contemporary China, rural women show a stronger intention to have three children. However, China’s urban-centred birth boost plan is creating a substantial risk that rural women are likely to take on the heavy reproductive burden alone with insufficient policy support. In the three-child era, China needs to pay more attention to the protection of rural mothers’ rights and interests. It is understandable for such a big country like China to regulate its urban and rural sectors separately. But it is time to end the institutional discriminations and exclusions against rural women. The first step, perhaps, is to provide them with equal social welfare benefits to those enjoyed by urbanites. 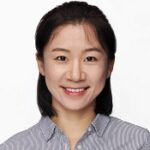 Ran Yan (twitter: @ranyan_ran) holds a PhD in Political Science and International Studies from the University of Birmingham. Her research interest lies at the intersection of media and communication studies, development studies, rural communities and gender in China.