Since ascending to power in 2012, President Xi Jinping has repeatedly stressed that “the Party leads on everything” – and gender norms are no exception. From cracking down on online feminist groups to promoting conventional images of masculinity, the Chinese leadership has long insisted on holding a firm grip on the construction of gender stereotypes in contemporary Chinese society to maintain the political status quo and channel all the relevant resources to fulfil the goals of the Chinese Communist Party.

While such a trend is by no means new, recent events have once more brought traditional understandings of family hierarchy and societal roles at large to the forefront of the political debate. At the beginning of 2021, the Ministry of Education announced the need to revamp physical education classes and increase the number of male teachers as a means to prevent the “feminisation of males and adolescents”. A few months later, the National Radio and TV Administration banned “sissy men and other abnormal aesthetics” calling for their replacement with “China’s excellent traditional, revolutionary, and socialist culture”. Similarly, the Cyberspace Administration of China instructed its local branches to create a watchlist for celebrities who promote undesirable values, prompting Chinese idols to adopt more ‘masculine looks’.

These efforts are aimed at fixing what the CCP regards as a masculinity crisis with a representation of manliness that emphasises a specific physical appearance and strongman character. These endeavours pair well with the numerous attempts at redirecting femininity towards more conservative and ancillary functions. Since the advent of the MeToo movement in 2018, cracking down on feminist voices has proved to be a tough yet strategic imperative of the Party. From the abrupt closure of feminist accounts accused of spreading “illegal and harmful information” to the clumsy cover-up of the sexual assault allegations by the tennis star Peng Shuai, the CCP has made it clear that Chinese women should not cause trouble.

In addition to the ideological sphere, reclaiming space for non-traditional gender roles could pose a challenge to the Chinese economy as well. Decades of flawed family planning culminating in the aggressive enforcement of the one-child policy have resulted in both gross human rights violations and a looming demographic crisis that threatens to yield disastrous consequences for the country’s long-term economic growth. Several policy changes have followed over the years and couples are now allowed up to three children. However, many families, and women in particular, are choosing to remain childless due to rising living costs and the risk of jeopardising career prospects, despite vague promises of favourable policy adjustments to encourage pregnancies.

Focusing on personal or professional pursuits instead of childbearing interferes with the government’s demographic targets and hinders the trajectory of China’s economic development, which relies on a young and dynamic population that steadily contributes to the growth of workforce productivity. As population and the economy are inextricably linked, and the legitimacy of China’s Communist Party is tied to the country’s overall economic performance, it is easy to see how the impact of demographics extends beyond the skewed sex ratio and an ageing population in contemporary China. Indeed, such issues have the potential to erode the current governance structure, and moving beyond traditional societal stereotypes becomes a politically sensitive topic, to the extent that vowing not to have children on social media can trigger online censorship.

Maintaining a strong hold on the definition of gender roles is crucial not only to preserve the legitimacy of Communist Party rule but also to help the country reclaim its ancient greatness and rightful place as a world power. Xi Jinping has vowed to reinforce traditional core socialist values, fostering love for both the nation and the family. In urging the Chinese people “to integrate their personal and family dreams with the Chinese Dream of national rejuvenation”, the CCP encourages conformity with traditional societal functions performed by both men and women in the pursuit of national prosperity.

As Xi Jinping intends to steer China back to its socialist roots, the Party insists on driving Chinese society away from the negative cultural influences and political excesses of the West, while reinforcing the conservative ideologies that have kept the country’s governance structure intact. Just as the infiltration of Western values undermines the theoretical foundation of the Party’s leadership, refusing to espouse traditional gender stereotypes threatens the stability of China’s socio-political apparatus and, in turn, the primacy of the CCP’s rule over the Chinese people.

Essentially, the political campaigns that perpetuate conservative gender norms in Chinese contemporary society serve two mutually reinforcing objectives: on the one hand, these aim to ensure the continuity in governance structure, where the fundamental patriarchal architecture remains protected from the undesired ideological interferences that could threaten its survival. On the other hand, promoting stereotypes of performative male and female roles paves the way for a CCP-led China to fulfil the Chinese Dream, where concepts of nation and family are intertwined to place heavy emphasis on individuals and their role within society as the foundation of national rejuvenation.

For these reasons, proposing non-traditional gender norms is imbued with political non-conformism and has ramifications that impact the economic and societal spheres alike. The renewed conservative push highlights that the Chinese leadership, as it seeks to reassert its political control, recognises the disrupting potential of feminist movements and intends to eliminate diversity in gender expression, while promoting conformity to societal expectations. 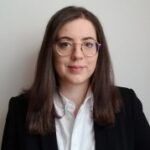 Ludovica Meacci is a freelance China analyst. She holds an MSc in Contemporary China Studies (2015-16) from SOAS University of London and was a 2017 Yenching scholar at Peking University. Her research interests lie in Chinese politics and foreign policy, with an emphasis on EU-China relations. Her work has appeared in the Financial Times, Foreign Policy, and Il manifesto among others.

Originally published by ISPI on 31 January 2022.