Part I: 'Global Britain' and the Indo-Pacific in 2022 - SOAS China Institute

Home/International Relations/Part I: ‘Global Britain’ and the Indo-Pacific in 2022

This is the first part of a two-part series focused on ‘Global Britain’ and the Indo-Pacific. Read the second part here.

Europe, like Asia, is undergoing tumultuous changes. Amidst this uncertainty, the United Kingdom’s (UK) foreign policy has begun a journey of rediscovery, aiming to cement its evolving identity as a post-Brexit European power and international actor. As the Indo-Pacific and Asian geopolitical domain’s strategic importance grows, the seriousness with which London is approaching the region highlights recognition that its ‘residual great power’ identity must draw a future oriented outlook. The UK’s bid for a more globalized foreign policy – coined ‘Global Britain’ – has led to a ‘tilt’ towards the Indo-Pacific wherein it now wants to play an active and independent role. As the UK continues to build its bilateral ties with Asian regional powers like Japan, India and Australia, what role does China hold in Global Britain? How can the venture reach its true potential of guiding London’s entry into the Indo-Pacific and Asian power politics? Drawing on London’s realization that previous alliances are “all in question”, the future of the UK’s ‘Global Britain’ holds much potential. However, it must emerge beyond the rhetoric of existing ventures and ideations to truly add new dimensions to the regional geopolitical landscape and cement London’s role as a crucial actor in the Indo-Pacific’s balance of power.

Since 2016, the phrase ‘Global Britain’ has largely been used as a signal of intent, showing London’s budding ambition to become an “independent voice” in international diplomacy beyond the EU rhetoric. The formalization of Brexit in December 2020 allowed the UK to put such intent to action, resulting in the publication of its year-long integrated review (IR) in March 2021– marking the first such publication since the 2015 Strategic Defence and Security Review. The new IR was termed Global Britain in a Competitive Age, and it set out the strategic framework for the UK’s national security objectives until 2025. In a key development, the review highlighted that the United Kingdom wants “deeper engagement” in the Indo-Pacific and recognizes the “importance of [regional] powers” such as China, India and Japan, while making the diplo-speak of ‘Global Britain’ a strategic orientation and policy.

The UK’s ‘Global Britain’ marks London’s formal acceptance of an increasingly multipolar world order, accompanied with renewed focus on middle powers. Predicting that “by 2030, it is likely the world will have moved further towards multipolarity”, the review acknowledges that such a shift will be accompanied by the “geopolitical and economic centre of gravity moving eastward towards the Indo-Pacific.” Most importantly, Global Britain marks China as a “systemic competitor”, therein viewing Beijing as both a security challenge and economic opportunity.

The UK seeks to progressively rebalance its identity as an exclusive economic actor beyond the EU. Hence, its focus on the markets of Asia and the Indo-Pacific trade routes are but a natural development. In 2021, the UK’s trade deficit with China tripled, showing a continued over-dependence on Beijing while China became post-Brexit London’s biggest trade partner. Keeping such realities in mind, ‘Global Britain’ has not emerged as an anti-Beijing strategy; alternatively, it presents a mixed approach. Similar to India’s power-partner parity outlook, the strategy will “continue to pursue a positive trade and investment relationship with China” while ensuring its “national security and values are protected”.

Nonetheless, China’s reaction to ‘Global Britain’ has not been one of welcome. Despite strong economic connections, London, as an open economy and maritime trading nation, has identified China’s Belt and Road Initiative (BRI) as a threat. The UK has labelled China an “authoritarian state, with different values to ours” posing serious challenges for itself and allies. Hence, while Beijing is a beneficial and critical bilateral trade partner, it is the “biggest state-based threat” to London’s national interests in Asia and the Indo-Pacific. Amidst such deductions, China’s state-media has termed ‘Global Britain’ a “British strategic deceit” with the UK acting as a US “pawn”. Concurrently, debate within Chinese strategic circles has emphasized upon the fact that as Beijing remains centrally placed in the globalized economy, a ‘global’ strategy of policy connections requires the presence of China by default, terming itself ‘essential’ for the UK.

Nevertheless, the United Kingdom has continued to tread a thin line between its economic needs and national security fears. Via ‘Global Britain’, it aims to build a “robust” diplomatic framework which is serving the dual purpose of offsetting both the China threat and EU dominance in the Indo-Pacific. The UK has hence begun to focus on the Quadrilateral Security Dialogue (Quad) states of the US, Japan, India and Australia while also seeking to build a stauncher presence for itself economically and militarily in the Indo-Pacific region.

The potential of ‘Global Britain’ is huge; it has already driven the UK’s post-Brexit synergy with many Asian powers and still holds multiple avenues for new collaborations across the region. Deteriorating ties between London and Beijing since 2020 have been driven overtly by factors such as falling out over Huawei, Hong Kong and China’s human rights violations in Xinjiang. Concurrently, such tensions have drawn equal rationale from London’s growing recognition of China as an international competitor.

As the UK’s growing multilateralism in a multipolar Asia drives its Indo-Pacific focus, what growth can ‘Global Britain’ look to in 2022? Read part two here which seeks to answer this very question. 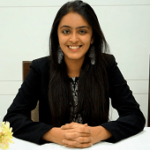 Eerishika Pankaj (@eerishika) is Head of Research and Operations Director at New Delhi based think-tank, Organisation for Research on China and Asia (ORCA). She is also an Editorial and Research Assistant to the Series Editor for Routledge Series on Think Asia, a Young Leader in the 2020 cohort of the Pacific Forum’s Young Leaders Program and is a Commissioning Editor with E-International Relations for their Political Economy section.