2021 marked a turning point in relations between the European Union (EU) and China. While the Comprehensive Agreement on Investment (CAI) was finalized “in principle” following seven years of negotiations and several missed deadlines, the EU imposed sanctions on China – for the first time since the arms embargo in 1989. Dialogue has long been the main avenue used by the EU to promote human rights in China, and, considering the EU’s general reluctance in imposing sanctions, the decision of the Foreign Affairs Council on 22 March 2021 was unprecedented. A list of people and entities sanctioned under the EU Global Human Rights Sanctions Regime was published. This recently adopted mechanism aims at targeting “individuals, entities and bodies –including state and non-state actors– responsible for, involved in or associated with serious human rights violations and abuses worldwide, no matter where they occurred”.

The implications of these sanctions are modest but represent an important development in increasingly complex bilateral relations, especially given the agreement on CAI reached in December 2020, which remains to be ratified by the European Parliament (EP). All this acquires special relevance in the context of the rivalry between the US and China, as sanctions have followed a coordinated movement with Canada, the United Kingdom and the US itself, which made similar announcements. It is worth noting that while the joint-statements released by the aforementioned countries regarded sanctions solely targeting Chinese nationals and entities, the EU sanctions went further, targeting individuals and entities implicated in human rights abuses in other countries.

Beijing retaliated the same day, with sanctions targeting ten European individuals and four entities on the grounds that this decision “disregards and distorts facts, grossly interferes in China’s internal affairs, flagrantly breaches international law and basic norms governing international relations, and severely undermines China-EU relations”. Those affected include members of the EP, as well as its Subcommittee on Human Rights, members of parliaments from EU Member States, the Political and Security Committee of the Council of the EU, academics and think tanks.

In this context, the chances of the ratification of CAI by the EP plummeted. Firstly, EU Trade Commissioner Valdis Dombrovskis announced in early May that the Commission had suspended efforts to endorse the deal because “the environment is not conducive to the ratification of the agreement”, even though technical aspects of the deal such as legal scrubbing were not suspended. Secondly, the EP adopted a resolution to stop any consideration of CAI and its ratification until Beijing lifts the sanctions imposed on EU individuals and entities, putting the investment deal in the freezer de facto with a landslide vote by a margin of 599 to 30, with 58 abstentions.

In this sense, these developments demonstrate that despite having very limited influence in foreign affairs, with the exception of trade-related issues, the EP has a greater role in shaping EU’s policy towards China. To some extent, it could be argued that the EP is the most principled actor amongst the EU institutions, and that the Parliament can have a significant impact by taking a clear stance on the EU’s normative aspirations, and more concretely, the protection of human rights.

A shift in the European opinions and perceptions of China was first marked by the 2019 Strategic Outlook, where the EU described China as a “systemic rival” and has been furthered since the beginning of 2020 with China’s lack of transparency regarding the pandemic. The sanctions imposed in March 2021 have only cemented a reality that had long been encroaching: the EU is reassessing its China policy.

The exchange of sanctions shows that economic interests may not always overshadow political ones, and in a context of power politics, the increased importance of normative issues is notably pertinent. This is especially the case in areas with moral or ethical implications such as climate change, international law or human rights. The EP’s reaction to the sanctions imposed by China and its ramifications for the final ratification of CAI, demonstrate that the role of human rights in the EU policy towards China has changed over time. As Von der Leyen and Borrell have adamantly stated, the “differences [between the EU and China] are set to remain (…) and must not be brushed under the carpet”. Brussels is likely to continue adjusting its China policy to the circumstances that will arise in future interactions with Beijing.

More recently, tensions between Lithuania and China, after the former upgraded its relationship with Taiwan, are putting pressure for a coherent and proportionate response from Brussels. The Chinese government has imposed unofficial economic sanctions on Lithuania, and as a consequence, impacting the EU’s supply chain and the European single market, which also affects its strategic aspirations of being “geopolitical” and “autonomous”.

On the EU’s side, apart from launching a case against China at the World Trade Organization, the Council of the EU, under the current French Presidency, is pushing for the adoption of an anti-coercion legislation, which would allow the EU to defend its interests and react to foreign economic coercive measures. This tool is circumscribed in the set of initiatives announced by the EU in the aftermath of the 2019 joint communication in order to rebalance the trade relationship with China. As of now, the EU is arming itself with instruments meant to address the challenges posed by China – and potentially other countries in the future – in the fields of 5G, foreign direct investment, foreign subsidies, international procurement and sustainable corporate governance. These developments signal the extent to which trade policy and foreign policy are becoming progressively interconnected and convoluted as EU-China relations evolve.

In this context, and with a more reliable US Administration, an alignment of rhetoric and action between the transatlantic partners is foreseeable despite interests and priorities not always converging. Collaboration efforts are demonstrated by the setting up of the EU-US High-Level Dialogue on China and the EU-US Trade and Technology Council, two channels of diplomatic commitment and communication on pressing issues for both sides. However, the ever-present competition between the US and China highlights the noteworthy difference between Washington’s and Brussels’ approaches to Beijing. The former views its relationship with China through the lens of competition and rivalry, reflecting the threat China poses to the current US-led international system. The EU’s approach reflects instead a complex amalgamation of interests and concerns which might seem contradictory a priori, but represent the dichotomy faced by the regional bloc: attempting to deal with China as a systemic rival or competitor while necessarily stressing the cooperative dimension of the relationship.

As MERICS Analyst Francesca Ghiretti highlights, “the EU’s foreign policy towards China has been developing to respond to what China is today rather than what we would want it to be”. The EU is revising its multi-faceted approach to China to endure the increasingly challenging dynamics in the bilateral relationship as well as the international shift in balance of power. This does not mean a radical change from the threefold framing of China as a partner, economic competitor and systemic rival, but rather an inevitable – and tougher – reevaluation of their fundamental divergences, and, as a consequence, a more confrontational stance in the field of human rights and a more assertive strategy in rebalancing the bilateral trade relationship.

The deterioration of EU-China relations last year stemmed from the public challenge to the EU’s commitment to its foundational values and, more broadly, questioned its role in the international arena as we enter an era determined by the US-China rivalry. In the same way that the political shift of China under Xi Jinping poses numerous challenges to the EU, it may also become the catalyst pushing for reform in Brussels at its core. Now, more than ever, it is vital that the EU assesses its current role in the world, decides how it aims to project its power and equips itself with the tools crucial to reaping the benefits and confronting the challenges of the 21st century. 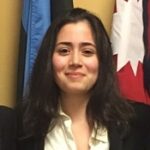 Patrizia Cogo is a Research Assistant at EsadeGeo-Center for Global Economy and Geopolitics and President of European Guanxi. She holds a double bachelor in Law and Global Governance from ESADE, and a master in international relations at the Autonomous University of Barcelona. After her exchange programs in Jerusalem and New Delhi, she worked as an intern at the Elcano Royal Institute and at the Embassy of Spain in Rome. She also served as a Junior Research Fellow at the European Institute of the Mediterranean and as a Research Intern at the Center for Contemporary Studies, the in-house think tank of the Government of Catalonia. She is focused on EU-China relations, Indian foreign policy and climate geopolitics.