Winston Churchill, Britain’s wartime leader, once said “to jaw-jaw always is better than to war-war”. Presidents Joe Biden and Xi Jinping would agree. On 16 November 2021, the leaders of the United States and China met virtually for more than three hours at their first face-to-face presidential summit.

While Mr Xi has faced growing external headwinds coming into the summit, he has emerged from the recently concluded 6th plenum in a stronger domestic position. The passing of the party’s third-ever “historical” resolution seemingly anoints him as a leader of comparable status to that of Mao Zedong and Deng Xiaoping.

Conversely, while Mr Biden is confronting rising domestic political pressures over the pandemic, the economy and the botched Afghanistan pull-out, he has restored a degree of American global leadership that had been squandered under his predecessor Donald Trump.

It is likely therefore that both leaders saw themselves as going into the talks with their hands strengthened.

Momentous as the occasion was, the Xi-Biden talks yielded no concrete breakthroughs. Neither did they fully address the many pressing questions that continue to bedevil Sino-American relations.

Yet, the intent of the talks has never been about resolving deep bilateral fissures or “resetting” relations. Rather, it is to kick-start a process of finding ways for both powers to safely manage their heightening competition.

A nuanced reading of the summit’s outcome will show that it provided some clarity on the direction of US-China relations in four areas.

First and foremost, the summit affirmed the basic character of the US-China relationship for what it is today and in the foreseeable future: a multidimensional great power contest encompassing economic, political, military, ideological and technological facets. Competition is now the defining framework of the US-China relation.

Although the Chinese are reluctant to depict the relationship in competitive terms, with Mr Xi describing it as finding “the right way to get along”, his counterpart did not mince his words. As Mr Biden put it, it is about “simple, straightforward competition”.

But even as the American leader signalled that it’s game on between the United States and China, there is mutual recognition that competition need not and should not become conflict, and that leaders of both countries have the responsibility of preventing that from happening. To that extent, it is imperative that both sides ring-fence US-China competition within manageable bounds and prevent it from spilling, especially inadvertently, into military conflict.

Moreover, this competition should not preclude the possibility of cooperation whenever their interests converge. The surprise agreement between both powers at the COP26 Climate Summit to work closer together to address climate issues speaks to the kind of cooperative competition that both are seeking. It is this shared understanding of the risks and opportunities involved that compelled Mr Xi and Mr Biden to meet.

Second, the summit established that the American approach towards China is no longer about seeking to steer Beijing towards a path that the US believes it should take.

“The US does not seek to change China’s institutions,” read the Chinese interpretation of Mr Biden’s “unequivocal” comments during the leaders’ talks. A day earlier during a press preview of the summit, similar sentiments were expressed by a White House official who noted that the US “was not trying to change China through bilateral engagement”.

This is not to say that the Biden administration would eschew engagement. To the extent that engagement remains a key pillar in Washington’s China policy, this time it is about shaping the international environment “in a way that is favourable” to America and its allies. In more substantive terms, this means engaging China to not only set the parameters of their competition in favour of US interests, but also to ensure that this contest is being handled “responsibly”.

This brings me to a third observation. What is “responsible competition” between great powers?

Return of the responsibility narrative

Or to put it differently, what should be the rules of competition between China and the US? The summit offered few answers, but the more salient point is that the idea of responsible competition will be a key term of reference animating US-China relations going forward.

Indeed, the summit marked the return of the responsibility narrative in bilateral relations. In 2005, the then US deputy secretary of state Robert Zoellick notably called for China to act as a “responsible stakeholder” and contribute its due part in ensuring that the existing international system functioned well. This was a role-coaxing approach that went on to inform successive American administrations’ narratives towards China, until the Trump administration jettisoned such rhetoric in favour of more transactional language. Now the US is again calling for China to act responsibly, but in terms of how the latter can contribute to insuring their competition from catastrophe.

Fourth, the Biden administration affirmed that there is no change to America’s longstanding approach of strategic ambiguity in cross-strait relations.

On more than one occasion before the summit, Mr Biden or his officials had made remarks that alluded to America’s role in “defending” Taiwan. Those statements do not necessarily indicate a shift in the US’ cross-strait position, but given deep mutual distrust and the centrality of Taiwan to Chinese interests, they would have unnerved Beijing and lent to a greater potential for miscalculation.

Hence, when Mr Biden underlined that his administration “remains committed to the one-China policy” (which, in the Chinese statement, is also being noted that the US “does not support Taiwan independence”), it was an assurance that would be welcomed within China, although in effect no real concession had been made by the Americans.

Strategic rivalry is here to stay

Notwithstanding the positive optics and the easing of some visa restrictions, the summit hardly made a dent in the overall arc of US-China relations. It may well be that there could be greater policy communication between both sides, particularly at the working level on issues of mutual interest, with Mr Biden announcing the establishment of four “groups” to look into a range of issues.

However, the strategic reality is that US-China rivalry is here to stay. The forces that led both sides to the current contentious state of bilateral relations – factors that include structural pressures, differences in political ideology and values, trade disagreements, rising domestic nationalism and perceived assertiveness from both powers – remain.

Until some of these factors can be addressed or mitigated, it is difficult to envision a substantive change in the existing dynamics of US-China relations. And until then, it behoves both countries, as responsible powers, to continue to look for ways to better forge a more stabilising and sustainable path, for both themselves and the rest of the world. 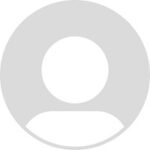 Hoo Tiang Boon is Associate Professor and Coordinator of the China Programme at the S. Rajaratnam School of International Studies, Nanyang Technological University. He holds a PhD in International Relations from the University of Oxford.

This article was first published in The Straits Times.