FOCAC 2021 as ministerial does not signal a China-Africa downgrade

On Monday November 29 and for two days the 8th Forum on China and Africa Cooperation (FOCAC) will run, in Dakar, Senegal. FOCAC is a platform for African and Chinese policymaking to foster ongoing dialogue and development momentum among its members. Every three years a nominated host city, rotated between Africa and China, holds either a ministerial, summit, or both, to take the FOCAC agenda further forward at the highest official levels.

In 2015 Johannesburg hosted a presidential-level 6th FOCAC; in 2018 Beijing hosted some 50 African heads. Xi participated in both events, which were hence summits. But China’s Foreign Affairs ministry has this week confirmed that Foreign Minister Wang Yi will represent China at FOCAC 2021. This is consistent with the fact that Mr. Xi has not left China for more than two years. But does it in any way infer a downgrade of ties?

In fact, even in the Covid-induced absence of regular high-level handshaking between China and Africa there are signals that suggest ties are deepening at a rapid rate and will continue to do so. This year’s host Senegal itself makes that case. For China, Senegal is an important emerging West African node in President Xi’s flagship global project, the Belt and Road Initiative (BRI). The BRI offers financing, investment, and other forms of support toward facilitating flow of goods, services, currencies, and people.

The today congested Port of Dakar, Senegal, the farthest point of the West Africa Coast, is historically strategically placed as a maritime crossroad between Europe, North America, Latin America, and Africa. In the town of Ndayane, fifty kilometres up the road and close also to the national airport, however, is an under-construction ‘Port of the Future’. Ndayane port, moreover, is being developed by world-leading logistics giant Dubai-based DP. Not only will this be able to accommodate the world’s biggest container vessels but is also being constructed using the latest digital trade and port facilities. It is DP World’s biggest project in Africa so far, with the company also planning to invest in a foreign-invested special economic zone that will also seek to build links with nearby countries. That port and zone sit between Dakar and the already operational Diamniadio industrial zone, which opened in 2017 and is heavily China-invested.

That emerging dynamic in Senegal aligns well with the BRI. First DP World itself is already relatively engaged in the initiative’s agenda, including in running a major dry port in Kazakhstan where Xi launched the BRI. In that speech, he launched five policy agendas: 1) strengthen policy communication; 2) strengthen road connectivity; 3) promote unimpeded trade; 4) strengthen currency circulation; and 5) strengthen people-to-people ties.

Moreover, the United Arab Emirates is also one of a handful of countries taking part in China’s own cross-border digital currency experiments, alongside Cambodia and Thailand. Moreover, in June this year Senegal agreed a Chinese loan for a new national data centre that would move all data and digital platforms off foreign servers. The centre, built with equipment and technical support from China’s Huawei, aims to tap global networks via an undersea cable and the country’s own 6,000km fibre optic network. In other words, developments happening in Senegal, and far beyond in Africa, tap into all five of these. Increasingly the BRI agenda is merging.

It is useful to remember also that the median age in Senegal is 18 years old, compared to 48 years of age in Japan and 46 in Germany. In Senegal, and Africa in general, in other words, China sees tomorrow’s high-growth consumer and labour markets and seeks to position itself accordingly.

In other words, although Mr. Xi will only speak to the Forum from China’s capital Beijing via video-link, China-Africa ties are compounding apace. Indeed, in the general direction of this year’s FOCAC theme: “Deepen China-Africa partnership and promote sustainable development to build a China-Africa community with a shared future in the new era.” 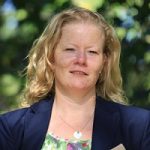 Dr. Lauren A. Johnston (MSc Development Economics 2002-03, SOAS) is a Visiting Senior Lecturer at the Economics and Policy School, Adelaide University and is the Founding Director of New South Economics.