What China’s approach to COVID tells us about its Human Security approach? - SOAS China Institute

Home/Politics/What China’s approach to COVID tells us about its Human Security approach?

What China’s approach to COVID tells us about its Human Security approach?

China’s image in the international community (and the image of the international community in China) changed dramatically since the first known case of COVID-19 was reported in Wuhan. At the outset of the pandemic, China was seen at best as an ‘unfortunate victim’ of a novel virus and at worst as the cause of its own misfortune, because of the hygiene concerns at the wet market in Wuhan. However, nearly two years into the pandemic, China is variously seen as being the knowing cause of the outbreak, and the facilitator for its exacerbation.

It is not only images of one another in relation to the origins of COVID that have become more apparent in the pandemic. Some of China’s institutional characteristics have further set China apart from liberal democracies. The Chinese Communist Party is not shy about its differences. Under Xi, the regime has been actively seeking to present itself as a leading example of an alternative but capable regime seeking to deliver human protection. These institutional characteristics have stood out in the pandemic given the transnational nature of the virus – because COVID-19 respects no national borders nor political systems – it places different types of regimes in the same crisis scenario where their differences became more pronounced. A few examples of these characteristics include China’s ability to enforce containment measures, the habitual attempts of local governments to silence whistle-blowers, and local governments’ tendency to implement blanket policies, or in Chinese, yidaoqie 一刀切 (cutting with a single knife).

Within this institutional context, it is important to consider how this informs China’s approach to human protection, and especially how China’s experience of the pandemic may shape its understanding of human security. Which in turn will be important for how human security as a concept and practice evolves internationally in the coming decades.

China’s commitment to human protection is viewed with strong suspicion given its human rights records. Indeed, many books and articles articulate these concerns. From this body of work, scholars have focused on the differences being centred on who is the ‘human’ and ‘what is being secured’. Many authors conceptualise this as China having a different understanding of the renmin (people) as more of a community than individuals – it is true that the CCP has contributed to the human protection by lifting nearly 100 million people out of poverty in the past eight years, but it is also true that individuals do not enjoy the same level of freedom that is considered essential in liberal democracies. This understanding of China’s approach to human security seems to have been verified in the experience of the pandemic. Throughout the pandemic, COVID-19 seemingly pits community and individuals against each other. For example, those who do not wish to sacrifice their freedom of not wearing masks endanger the vulnerable in the same community who rely on others’ self-restraint for their own safety.

The findings in this book confirms the conviction that the CCP’s vision of security is conceived within the framework of collective interests that can only be guaranteed with a capable central government. Within this framework, the empowerment of individuals is secondary, if not contradictory, to the CCP’s primary goal of securing the support of the majority. Rising nationalism in the post-pandemic China has corroborated that such a support was not difficult to rally when the CCP compared its achievement in containing the virus with surging cases in liberal democracies.

Of course, we should not naively assume that critical ideas that challenge the legitimacy of the CCP would be embraced wholeheartedly. There is no lack of criticism of the recuperation of ‘human security’ in international politics. This concept has been used loosely and superficially by politicians and diluted by broadened scope and conceptual vagueness in practice. In the process of the diffusion of this concept in policy circles has inevitably led to its ‘recuperation’ – borrowing the term from situationists – whereby the critical idea has been neutralised and absorbed into “the existing political, legal and normative constraints of the ‘real world’” and thus lost its criticality. Between intellectual criticality and policy relevance, there is a delicate balance to be stricken.

Human Security in China probes into this balance – at the risk of recuperation and co-optation by the state, human security does play a role in the CCP’s decisions, even though individuals are often outweighed by the community in the formulation of COVID-19 containment policies. The quest for stability – the prerequisite for the survival of the CCP, constitutes the given realities of security governance in China. Within this constraint, ‘human security’ might be co-opted for regime security. But in this process, remin as a community might benefit from the quest for state security at the expense of individual freedom.

The findings of this edited volume are not to suggest authoritarian regimes are better placed to tackle crises like COVID-19. This edited volume presents China’s toolkit that has enabled China to pursue security differently than its liberal democratic counterparts. This approach has obvious success in lowering the number of COVID-19 cases, but it is also a huge burden to local governments, and it further eclipses the constraints on the government that prevent it from curtailing individual security. 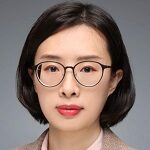 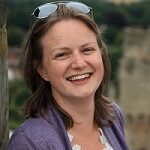