The book has evaluated China’s water resources management and policy, especially over the last two decades. An insight on the interconnectedness between water and sustainable development unpacks the far-reaching contribution of water to China’s remarkable socioeconomic development and environmental sustainability. China’s own targets to achieve Sustainable Development Goals (SDGs), particularly SDG6 Water and Sanitation, has confirmed the country’s willingness to achieve the 2030 development agenda not only following global norms as well as creating its own path that can be emulated to other countries. The promotion of ecological civilization for achieving ‘Beautiful China’ is one of the newest editions to ignite the boom of ecosystem-centered policy direction that has been advocated by President Xi Jinping in recent years.

China has made good progress in terms of various dimensions of water security, i.e., water supply, water quality, and resilience to water-related disasters. Nevertheless, such water challenging issues appear to look like a riddle that are not puzzled out with the recognition of the challenges in water resources management. Climate change fundamentally shakes predictions and preparedness of multi-year efforts against flood and drought as well as plans and projects on water resources development, water supply, water quality and transboundary rivers. Under the era of climate uncertainties, the country has endeavored to introduce a series of brand-new and innovative plans, programs and projects for effectively tackling formidable challenges in water resources management. 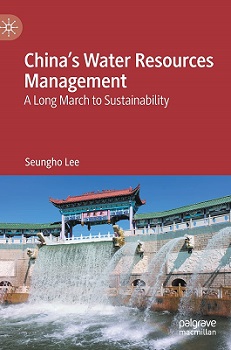 For resolving the water challenges, Chinese hydraulic engineers have conventionally resorted to physical infrastructures, i.e., dams, inter-basin transfer projects, wastewater treatment plants, long-range sewers, embankments, and agricultural reservoirs. These measures, however, have turned out to be too rigid to cope with climate change-triggered challenges in water resources management. Demand management policies and programs have increasingly been advocated and emphasized not only at the center but also at the local level as seen from the emergence of the River (Lake) Chief System that was initiated in Wuxi City, Jiangsu Province in 2007. In addition, the rise of water and wastewater service tariffs in major cities of China has demonstrated a gradual acceptance of the principle of full cost recovery although more socio-political and economic concerns are prioritized in the decision of water and wastewater service tariffs. Similar with the carbon emission trading system, the Water Rights Trading and the Water Pollution Trading have been promoted as effective tools of demand management. The virtual water and water footprint approach can serve as an innovative policy tool to resolve food security as well as the imbalance of water resources allocation between North and South China coupled with the recognition of China’s contribution to virtual water export and import at the global level.

Top leaders and water engineers’ preference to hydraulic engineering projects in China are still significant as the exhaustive assessment of the Three Gorges Dam and the South North Water Transfer Project. The dam has been the beacon of China’s modernization and plays an impressive role in preventing floods in the middle of the Yangtze River as seen from the recent 2020 summer flood. More emphasis has been placed on the role of the dam regarding hydropower generation, which serves as the primary power base to electrify economic growth in major industrial bases alongside the eastern and southern coastal areas.

The South North Water Transfer Project is supposed to quench the thirst in North China by delivering vast amounts of water from the Yangtze River to the northern parts of China, especially around Beijing and Tianjin. Both projects explicitly demonstrate the interconnectedness between large-scale hydraulic projects and politics because the CCP has reconfirmed its political legitimacy for providing multi-faceted dimensions of water security through the projects, water supply, hydropower generation, and flood prevention and control although different voices appear to have been unheard due to a censorship of dissent.

Water and wastewater services in urban areas of China have been rapidly evolving thanks to the willingness of the public sector to enhance the quality of relevant services by inviting private players since the late 1990s. Interactions between the public and the private sectors have entailed the creation of the water and wastewater service market with its own features. Chinese players have become more dominant with their advantages in political connections, familiarity with laws and regulations, and financing capacity than foreign counterparts that were previously favored by the central government. Chinese companies are actively collaborating with local governments which are eager to improve their water and wastewater services in urban areas.

China’s ignorance of transboundary water issues has gradually faded away, and as the country extends its influence beyond its own territory through the implementation of the Belt Road Initiative, it is natural to encounter and bargain with its riparian countries on natural resource exploitation, especially water resources. Transboundary rivers are physically away from the center of power, Beijing, and relevant matters were out of top leaders’ concerns for many years. However, water issues are regarded as security matters now, and transboundary river issues are increasingly regarded as critical ones to be discussed in Beijing. The introduction of the Lancang-Mekong Cooperation mechanism in 2015 encapsulates the country’s recent commitment to participation in multi-lateral dialogues in transboundary river issues. It will be interesting to observe the extent to which China shapes the political economy landscape in the Lancang-Mekong River Basin with its own rules, which will be somewhat different from the stalemate in cooperation as seen from the era of the Mekong River Commission between 1995 and 2015.

China’s water resources management and policy seems to follow the trajectory of what has been done in environmental management. Strong emphasis has been placed on regulation and administrative management for environmental issues. But more work and commitment will be needed for the adoption of economic instruments that can facilitate the application of market mechanisms as well as the encouragement of public and stakeholder participation for the establishment of collaborative governance. Such a collaborative governance mechanism will augur neatly based on mutual support and supervision between the state, local governments, companies, expert groups, and the general public.

The future water resources management and policy direction in China should emphasize the application of economic instruments and governance-based management systems at the national and local levels. Market-based programs, i.e., Water Rights Trading and Water Pollution Trading, will serve as the major platforms on which environmental agencies and regulators should rely, and public and stakeholder participation will draw attention of environmental agencies for the establishment of collaborative governance onwards. The top-down and the centrally planning economy style plans and programs continue to be imperative as before for managing water resources in the country, not to mention.

The key to achieving sustainable water resources management and policy for Beautiful China by 2035 and the middle of this century will depend upon the extent which the state will be willing to leave room for other stakeholders’ involvement in decision making and implementation. Water and environment agencies should pay less attention to command-and-control management of water issues but emphasize the role of market instruments focusing on demand management rather than supply management that are entrenched with hydraulic infrastructures and engineering solutions. 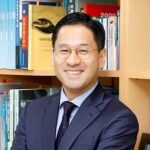 Dr Seungho Lee is Professor at the Graduate School of International Studies, Korea University. His research interests are institutional change in water policy, water infrastructure projects, transboundary water management, and public private partnership projects in water and sanitation services. He primarily focuses on China and its neighboring areas including Korea, Southeast Asia, especially the Mekong River Basin, and Europe. Professor Lee was a visiting fellow at SOAS China Institute in 2016 and holds a PhD degree in Geography, SOAS (2004).