Chinese architectural practices in Central America: The design and construction of the National Stadium in Costa Rica

During his first state visit to China in October 2007, three months after the official establishment of the Sino-Costa Rican diplomatic relationship, Costa Rica’s President Oscar Arias requested a new stadium for his country. Intended to replace the former stadium located in La Sabana park in the capital San José, the project belonged to a package of ‘cooperation’ agreements (some made public, others kept secret) negotiated as part of the newly sealed diplomatic bond between the two countries.

The projected Costa Rican National Stadium (with a 35,062 seating capacity, the largest in the country) was embraced as ‘the most modern sport infrastructure in Central America’.

It was clear, given its shape and scale, that the roof of the new Costa Rican National Stadium would become a distinctive feature on the skyline of San José. Manufactured by Zhejiang Southeast Space Frame Company, shipped from China to Costa Rica in parts and assembled by Chinese workers, the 4500-tonne structure became the most alluring feature of the stadium for the Costa Rican engineers and architects involved in the construction process. However, almost identical roofs have also been produced by design institutes and Chinese construction companies for (to name but a few) Nongo Stadium in Guinea, Stade d’Angondjé in Gabon, Ndola Stadium in Zambia, Malawi National Stadium and the stadium at Huanggang City Sports Centre in China’s Hubei Province.

Over recent years, architectural foreign-aid projects have been assigned to a design institute in China through a bidding process conducted by the Foreign Affairs Division of the Ministry of Commerce. There are separate bids for design and for construction. The evaluation process is confidential and the selection criteria for the winners are not made public.

For architect Kai Cui, a respected academician of the Chinese Academy of Engineering, the limitations on foreign-aid projects have proved broadly detrimental: architects in China have gradually lost the skills required to supervise construction because they are not allowed to intervene on the construction sites. This in turn affects their chances as professionals competing in the world market. Foreign-aid projects bring additional limitations: given that a visit to the recipient country is possible only after winning the bid, the design for the competition relies solely on information provided by the Department of Administration. This information is supposed to cover everything from history, culture, economy, environment and urban characteristics to regulations, standards, construction materials and methods, quality-control procedures and coordination formats with local partners. A further constraint comes from changes in foreign-aid policy. During the years of economic reform and opening to international markets, Chinese architects enjoyed certain incentives to engage in aid projects, but now that these incentives are gone, such projects are no longer money-making enterprises for design institutes and function solely as platforms for boosting reputations.

There is a tendency to describe the architectural shapes of foreign-aid projects by resorting to simplistic tropes. According to the Central South Architectural Design Institute (CSADI), who were in charge of the design of the Costa Rica National Stadium, its shape resembles a volcano from above and a sailing boat when viewed from the side. Similarly, the Trinidad and Tobago National Academy for the Performing Arts (2006–10) mimics the national flower, while the octagonal cone roof of the main hall of the Guyana Conference Centre (2003–06) replicates a diamond shape, said by its architects to honour the country’s rich mineral resources.

According to Chinese sources, politicians in recipient countries tend to prefer botanical and musical tropes of some sort, implying that such conceits are a political tactic as much as an architectural one.

Despite such admissions, Chinese architects appear to show little inquisitiveness when it comes to engaging cooperatively with their counterparts in recipient countries. In Costa Rica, the absence of alternative voices was almost total. The most articulate public argument against the stadium came from Guido Sáenz (a past Costa Rican minister of culture) and a group of nine citizens including lawyers, academics and former public administrators, to halt construction on the grounds of unconstitutionality. They focused on its likely consequences for the character of La Sabana (parkland which in 1993 had been declared a national heritage), noting the difference in use and size compared to the previous stadium. Alternative sites owned by the Costa Rican state were suggested, but no follow-up was made. As significant as the resistance was, it had limited backing from Costa Rican citizens. An anonymous threat to burn down Sáenz’s house if opposition to the project persisted further precluded space for criticism.

As analysed in my recent article, Gifting Architecture: China and the National Stadium in Costa Rica, 2007–2011, the National Stadium’s construction had wide-reaching effects in Costa Rica: on migration and labour law; on the importation and circulation of products; and on construction standards and construction-drawing protocols. It also brought with it the visions, weaknesses and interests both of design institute practice and Costa Rican politicking. Most importantly, this gift brought technologies of scalability (which require little adjustment for projects of ever greater size) into effect in both architectural operations and built form. Design institutes have been testing and implementing these methods on a vast intercontinental scale with the same absence of open, critical analysis. The question of how these architectural and construction practices are qualitatively assisting the Central American and Caribbean regions in the extreme spatial challenges they face due to climate change is an urgent one to address. 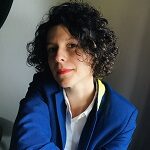