News that McDonalds has launched a breakfast menu featuring plant-based ‘spam’ produced by Green Monday (the Hong Kong-based founders of OmniPork) should come as no surprise. This may be the first time the fast-food behemoth has partnered with an alternative protein company in mainland China, but it fits into a growing appetite for plant-based protein amongst Chinese consumers – and could signal a path for China to meet both its climate and food security commitments.

As is the case in many developing countries, per capita meat consumption in China has soared in recent decades – from a per capita average of 5kg of meat per year in the 1960s to 63kg today – and looks set to continue to rise. The country now consumes 28% of the world’s meat. However, there is still a significant meat gap with western countries – in America, the average per capita meat consumption was over 100kg per year in 2019.

It is well documented that current patterns of animal agriculture are highly detrimental to the Earth’s environment – deforestation, pollution and eutrophication aside, animal agriculture contributes at least 14.5% of global greenhouse gas emissions.

Given China’s vulnerability to climate change – higher temperatures have already contributed to an increase in extreme weather events such as floods, droughts, heatwaves, and sandstorms – the Chinese government has begun to position itself as a global leader in climate policy.

This suggests that a move towards plant-based proteins for China’s increasingly meat-hungry middle class will not only help fill the protein gap, ensuring nutritious diets for the country’s population, but will also help China to achieve its climate commitments.

China’s growing demand for meat means that the domestic industry, which has tripled in size over the past 30 years, has struggled to implement strong environmental standards – in 2014, livestock production in China contributed up to 34% of the country’s total greenhouse gas emissions, with some farms breaching existing emissions regulations. Consumer demand, however, continues to outstrip domestic production, leading to environmental destruction overseas.

In 2018, beef imports into China totalled 1 million tons, with around 70% of these imports coming from South America. The World Resources Institute shows that beef has the largest deforestation footprint out of all products. China is also the world’s largest importer of soybeans, another crop responsible for deforestation in South America, for use in animal feed. China’s increasing meat consumption is contributing to deforestation in South American countries, leading to detrimental knock-on effects such as biodiversity loss and increased greenhouse gas emissions.

Although China is the world’s largest consumer of beef, and the largest importer of soybeans, meat consumption per capita is still well below that of Western countries, particularly in less developed rural areas. While it is important to consider how plant-based proteins could help China reduce its environmental footprint, it is also essential to remember that the meat industry is fuelled by worldwide demand, particularly by countries in the Global North.

By reducing our reliance on livestock (especially cattle and industrial farming techniques), plant-based proteins generally offer a much lower carbon footprint than conventional meat. However, many highly processed meat alternatives come with their own environmental concerns, including reliance on soy and palm oil monocultures. China may have an advantage here, with its long and impressive history of domestically produced plant-based proteins, such as tofu, seitan, and mock meats.

Studies into perceptions of plant-based products suggest that Chinese consumers, particularly women, are far more accepting of plant-based meat than American consumers, with perceived healthiness, tastiness, and sustainability acting as key motivations. 42% of Chinese respondents to a survey supported by the government of New Zealand wanted to purchase foods that were more environmentally friendly, and 50% were interested in trying new plant-based meat alternatives.

Health concerns around meat have only intensified in the era of Covid-19. Since the outbreak of the coronavirus, many Chinese consumers seem to be prioritising healthy living and food safety in their purchasing behaviour. As such, plant-based alternatives have a strong potential to attract consumers concerned with the health risks associated with meat.

Over the last few years, plant-based alternatives have become increasingly popular in mainstream restaurant chains within China. For example, last year, Starbucks announced a collaboration with Oatly, OmniPork, and Beyond Meat. Beyond Meat, one of the leading producers of plant-based meat alternatives globally, has also recently opened a production facility in Jiaxiang, near Shanghai – its first end-to-end manufacturing centre outside of the US.

However, despite scientific evidence showing the contribution of agriculture to carbon emissions, the Chinese government has not yet set any updated emissions targets for the sector. This is arguably due to concerns about China’s domestic food security, one of the main priorities of the latest five year plan, and currently seen as a greater priority than reducing emissions.

With a growing demand for protein amongst consumers, plant-based alternatives to meat offer a way for China to increase its self-sufficiency and food security whilst reducing emissions. Plant-based alternatives require less land to produce the same amount of protein, and could also help reduce China’s current reliance on imported meat and animal feed – made more challenging due to the Sino-American trade war. By prioritising higher-quality, sustainably grown soy for use in plant-based proteins, China could reduce both soy imports needed for animal feed, and imported meat. As Liu Denggao, previously vice president of the China Soy Industry Association, argues, greater use of soy as food for humans rather than animals ‘would help provide nutrition and reduce the environmental pressures caused by soy cultivation for fodder.’

In conclusion, plant-based alternatives provide an exciting opportunity for China. Given the rising demand for protein in China, plant-based proteins fulfil consumer concerns about nutrition, healthy diets, and food safety while offering a way for the country to reduce its emissions and promote national food security. 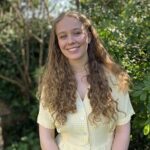