Home/Politics/The Politics of Naming Xinjiang Violence as Terrorism (I)

The Politics of Naming Xinjiang Violence as Terrorism (I)

Investigating practices of naming rebel violence in the context of the Global War on Terror (GWoT), the late Michael V. Bhatia drew attention to how the de-legitimisation of the ‘terrorist’ as a ‘savage, lawless, or unordered subject’ often acts as a prerequisite to interventions formulated in the name of maintaining law and order. The mass internment of Uyghurs in what the Chinese government calls ‘vocational education and training’ camps in Xinjiang, justified in the name of preventing the region from becoming ‘China’s Syria’ or ‘China’s Libya’, testifies to that thesis.

Since 9/11, the Chinese state has framed the Uyghur ethnic minority as a suspected terrorist community in need of disciplining. This has formed the basis for their putative justifications of the human rights violations of ‘a scope and scale not seen in China since the 1966–76 Cultural Revolution’. These include, besides the internment camps, other measures, such as forced labour and birth control, and the rise of a dystopian surveillance state. In this context, the discursive articulation of violent unrest in Xinjiang as ‘terrorism’ and of Uyghur dissidents as ‘terrorists’ have together formed the groundwork for the Chinese government to intervene in the region with a radical program of ‘de-extremification’ of Turkic Muslim ethnic minorities. Many see the government’s actions in this regard as tantamount to an attempt at genocide.

China’s legitimation of its counter-terrorism and de-extremification practices in Xinjiang rests on the acceptance of the claim that the country faces a Uyghur-related terrorism threat in the region. So far, the Chinese Communist Party (CCP) has relied on the acceptance of this and related claims at the domestic level, while punishing those who advance alternative understandings of violent conflict in Xinjiang. At the international level, and despite broad criticism of China’s human rights violations in Xinjiang, the official framing of Uyghur-related violent unrest as terrorism has had a significant tacit approval. During the two decades following 9/11, states and international organisations have engaged China as a legitimate counterpart in international governmental exchanges on counter-terrorism. Some, including the UN, the US or the UK, have listed the East Turkistan Islamic Movement (ETIM), a nebulous entity unheard of before 9/11, when China revealed it to the world, as a terrorist organization. In doing so, they have contributed—inadvertently or not—to reproducing Chinese official narratives that paint ‘Uyghur terrorism’ as a sophisticated domestic threat to China’s national security with operational links to the global jihadist movement. In profiting from this support, China has certainly exploited the discriminatory anti-Muslim rhetoric that surrounded the GWoT, which made Muslim rebels around the world, including the 22 Uyghurs of Guantanamo, guilty of ‘terrorism’ until proven innocent.

In 2019, the UN counter-terrorism chief visited Xinjiang in the midst of an international uproar around the camps, an event that helped re-situate the region and, within it, the Uyghur ethnic minority, as China’s front in the GWoT. The Chinese Foreign Ministry used the occasion to celebrate the ‘broad consensus’ between China and the UN on the ‘international counter-terrorism situation and counter-terrorism cooperation’. A rhetorical tactic typically employed by the state, Beijing has defended the repression of the Uyghurs in Xinjiang as aligned with the UN Charter and other international efforts to eliminate ‘the conditions conducive to the spread of terrorism’. References to the ETIM as an ‘UN-listed terrorist group’ continue to sustain official narratives justifying China’s emergency measures in the region.

China’s claims about the Uyghur terrorism threat have also been amplified in scholarly analysis that uncritically reproduce official narratives on the nature and extent of violent conflict in Xinjiang or the ETIM. Beyond inflating international perceptions of Uyghur-related violent unrest with jihadist terrorism, some of this literature has contributed to the intensification of China’s security practices in the region. Scholars have called for ‘a more professional counter-insurgency and counter-terrorism force’ to rule political unrest in Xinjiang, or have advised the Chinese government to ‘build a norm and an ethic’ amongst the ethnic minorities in the fight against violent extremism.

What’s more, even research that is critical of human rights violations in Xinjiang has situated China’s actions as primarily motivated in response to the tactical evolution of the Uyghurs violent threat. From such perspectives, by interning hundreds of thousands of Uyghurs in camps, China is reacting preventively to the operational reality of terrorism. This justification resonates with the state’s overarching narrative which frames the camps as a ‘preventive counterterrorism approach’. The argument put forward, then, suggests that the camps are a gross overreaction to a real threat of terrorism. While the brutality and horror of violence in Xinjiang is indeed very real, for both Han and Uyghurs, the amalgamation of Uyghur-related violent tensions under the label of ‘terrorism’ is by no means an objective assessment of a security threat; rather, it is a carefully manufactured discursive practice with far-reaching political consequences.

To describe Uyghur-related violent conflict in Xinjiang as a terrorist threat is problematic because of the historically contingent connotations associated with the label ‘terrorist’. For decades before 9/11, dozens of violent incidents were reported in the region without the Chinese state considering them as acts of terrorism. When riots struck the Baren township in 1990, the Chinese authorities portrayed the unrest as a ‘counter-revolutionary rebellion’ and when, in 1997, violence erupted in Ghulja the government represented it as ‘a serious case of beating, looting and destruction’. Furthermore, other violent events in Xinjiang were either not reported in detail or kept in the dark by authorities during the 1980s and the 1990s. This changed abruptly after the September 11 attacks in 2001, when Chinese officials launched an international diplomatic campaign to position Xinjiang as China’s very own front in the GWoT. Weeks after 9/11, when speaking at the 56th General Assembly of the UN, Chinese Foreign Minister Tang Jiaxuan claimed that the ‘Eastern Turkestan Terrorist Forces’—a discursive artefact used to label Uyghur dissidents—were ‘trained, equipped and financed by international terrorist organizations’ and posed a significant security threat to China. The re-invention of Uyghur-related violent unrest as ‘terrorism’ culminated in January 2002, four months after 9/11, when China published the paper ‘“East Turkistan” Terrorist Forces Cannot Get Away with Impunity’. The document listed dozens of violent episodes that had occurred in Xinjiang (many of them unknown to the public until then) as ‘terrorist incidents’. The Baren episode became ‘a grave terrorist incident’ organized by ‘a group of terrorists’ and the Ghulja incident was now blamed on ‘terrorist organizations’. Suddenly, as if overnight, this paper changed the official narrative surrounding the contemporary history of violent conflict in Xinjiang.

In rewriting the state’s conflict with Uyghurs as a matter of terrorism, the Chinese authorities were not, despite their claims, reacting to changing operational dynamics and shifting tactical approaches made by insurgents. Instead, they adapted and profited from a changing international security environment that legitimised the use of exceptional security practices, such as torture or rendition, for the sake of maintaining law and order in the face of a ‘global terrorist threat’. In other words, the GWoT provided China with a newfound justification for the repressive security practices it had applied against the Uyghurs for years prior to 9/11—with or without the threat of ‘terrorism’—including the ‘strike hard’ campaigns against ‘separatism and illegal religious activities’ that Amnesty International described as a ‘huge waste of human life’ in July 2001. 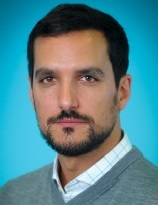 Dr Pablo A. Rodríguez-Merino is senior lecturer in the Defence and International Affairs Department, Faculty for the Study of Leadership, Security and Warfare at the Royal Military Academy Sandhurst (RMAS). His research explores political violence and security narratives in China, with particular attention to the Chinese state social construction of conflict in Xinjiang as terrorism. Some of the ideas presented in this piece are examined in depth in his recent publication ‘The Not-So-Terrorist Conflict: Analytical Deception and Political Delusion in China’s Framing of Uyghur-related Violent Events’.

The views expressed on this blog are those of the author(s) and are not necessarily those of the SOAS China Institute; and they do not purport to reflect the opinions or views of the UK government or the author’s employer.