Home/Politics/Wang Xing and a Taste for Tang Poetry

Wang Xing and a Taste for Tang Poetry

When I was taught to read Chinese half a century ago, we had to study some historical materials about the struggle to succeed the First Emperor, and also some Tang poetry.  Our teachers reckoned this was useful knowledge, though during the Cultural Revolution such a notion seemed quite wildly improbable.  Now I am not so sure. Certainly from the way the newspapers reported the sudden appearance of a Tang poem in the news recently, it seems such a thing is regarded as ‘ancient’, not part of what anyone needs to know about today’s China.  The poem is about as ancient as Beowulf, so it is not ‘Greeks and Romans’ ancient, but anything before the Tudors and Stuarts is longer than long ago, I suppose.

The reason for the prominence of the poem is because the tycoon Wang Xing 王兴 happened to quote it and then saw the value of his company plummet because it was construed as a dig at the national leadership.  The newspapers have explained why: the poem envisages the First Emperor, who has just burned the books of the scholars in order to suppress any thoughts of dissent.  He appears to be secure in his well-situated capital.  Yet the first stirrings of the provincial revolt against his rule that would destroy his legacy utterly are, says the poet, already apparent among men who were not even scholars at all.

The poet’s history is of the literary sort.  The revolt against the First Emperor did not follow quite so hard on the heels of the alleged book burning, which was in any case probably in the eyes of experts today less of a purge than it was later made out to be.  At least one of the rebels named, Xiang Yu 项羽, was from an aristocratic background and is described as literate at least, even if more of a swordsman than a scholar, and keenest of all on matters of strategy.  What was the poet thinking, in recasting history slightly, presumably to make a point?

We do not know too much about Zhang Jie 章碣, whose fame as a poet is overshadowed by that of a number of his contemporaries.  But we do know his father’s name and his place of origin, which was Hangzhou, and though I am not sure why his dates are given as 836-905 on Baidu, they are at least plausible.  His main claim to fame in the eyes of those who preserved any information about him apart from a handful of his verses was that he failed his examinations at the capital due to favouritism on the part of the examiner, and that he was not best pleased by that.

At least one literary history, the chronological treatment by Wu Zaiqing 呉在慶and Fu Xuancong 傅璇琮, Tang Wudai biannian shi唐五代文学编年史, therefore places the poem in 877, the year of this failure.  The implication of the verse would be that the high and mighty arbiters of the metropolis were not invulnerable, and that their prize giving – which to him it seems amounted to no more than a trashing of good writing – was something ultimately pointless in the face of potential mass violence.  Anyone who has failed an examination will appreciate the sentiment.

Yet it is worth pointing out that in 877 the poet, if he did write in that year, was being uncannily prescient, because in 881 rebel armies did sack the capital very brutally, massacring in particular anyone at all literate.  Their leader, as it happens, was a failed examination candidate.   Perhaps this connection was the reason why the poem was preserved, and occasionally cited, e.g. in Quan Tang shihua 全唐诗话 5, Siming shihua四溟诗话 2.

But as the Baidu entry on Mao Zedong and his gift of a poem in his own calligraphy to Fu Ssu-nien (1896-1950) shows, 毛泽东赠与傅斯年的诗, it could be reused quite appositely by the Great Helmsman at least.  Fu, a noted scholar and leader among the intellectual opponents of the Guomindang, had visited Mao in his independent base in Yanan, but had not thrown in his lot with Mao, despite the sometimes murderous suppression of free thought then being carried out against his colleagues.  He asked for a parting present and this poem is what he got.

One hesitates to read the mind of Mao, but in that historical situation in Yanan on the verge of a renewed civil war the poem could be in effect read as a statement that the Guomindang could do what it liked with powerless intellectuals, but the peasant armies of the CCP were now poised to overthrow those whom they saw as tyrants.  This then would be another moment in history, captured in Mao’s calligraphy.

Now Wang Xing apparently explained that he was just thinking of his commercial competitors, whom he saw as liable to pop up just when he was feeling fairly secure.  This explanation suggests that he sees himself as a book burner, which either shows a less than apt command of historical allusion, or adumbrates a commercial venture in archive disposal not otherwise announced.  It is of course vexing for everyone when Chinese figures use ‘ancient’ literature to make allusions in such a confusing way.  No doubt many lessons will be learned. 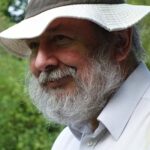 Tim Barrett is Emeritus Professor of the Department of Religions and Philosophies at SOAS and is an academic staff member of the SOAS China Institute. His expertise is in the history of Chinese religion, notably Taoism and Buddhism, and pre-modern Chinese history, especially the Tang period.