Divergent Social Norms and Capital-Labour Relations in China and Japan

Over the last three decades, China has risen while Japan has declined under financial globalization, or the enhancement of international capital mobility and convergence to American-style financial capitalism. Why was China, a latecomer to the world economy, able to overtake Japan, which had been economically ahead of China during the Cold War?  This question has driven me to dig deep into history to explore if Chinese and Japanese capitalist models are fundamentally different from each other. My latest journal article, ‘Social norms and (de-)financialization: Japan’s and China’s divergent paths in consumer credit’, is a pilot project of this research endeavour. The starting point of my study is that financialization, in which financial markets, institutions and elites develop growing influence over the domestic and international economies, is often regarded as an Anglo-American phenomenon. However, my findings demonstrate that the financialization of consumption, or consumer credit development, in China and Japan are not only different from each other, but also diverge from the Anglo-American model.

To understand how the financialization of consumption in Japan vis-à-vis China have evolved over time and why they have evolved differently, we must appreciate differences in their social norms. I have contrasted China’s ‘economic rationalism’, or the belief in the efficiency of market economies, with Japan’s anti-capitalistic ‘industrious norms’—a term I introduce to refer to respect for labour and a negative view of financial profit. The distinction between Japanese and Chinese social norms I make is inspired by the work of Akira Hayami (Japan’s Industrious Revolution – Economic and Social Transformations in the Early Modern Period, Springer), a distinguished economic historian, who maintains that 400 years ago, the elimination of landlords in Japan triggered an ‘industrious revolution’ among the small farmers. Plainly put, it refers to a labour-intensive and capital-saving model of agricultural development. Japan’s industrious revolution contrasts with Britain’s Industrial Revolution, which was capital-intensive due to much less pressure from labour surplus. In my view, Japan’s industrious revolution encapsulated industrious norms into its society, and its anti-free market elites have exploited the norms to mobilise labour for economic development. Intermediary organisations, such as villages and companies, became the centre of Japanese sociability due to their provision of mutual support.

In contrast, economic rationalism has been embedded in Chinese society since the late imperial period, when the liberalisation of the social and economic system (e.g. the abolition of the hereditary system, freedom of movement and occupational change, the diffusion of markets) enhanced capital and labour mobility. Drawing on Hayami’s theory, Shaohua Zhan (The Land Question in China: Agrarian Capitalism, Industrious Revolution, Routledge) maintains that China also experienced the industrious revolution during 1700–1820, but small Chinese farmers ultimately succumbed to landlords’ (capitalist) power. Consequently, unlike Japan, China’s industrious revolution did not embed anti-capitalistic industrious norms among the population. Due to the high mobility of capital and labour, the Chinese have depended on kinship and the state rather than intermediary organisations, which have not provided sufficient social protection.

Social norms in a country, elite interests, the timing of its integration into the global economy have interacted and shaped the characteristics of its capitalist model. My key argument is that Japan’s and China’s divergent paths in consumer credit, as seen from the contraction in Japan from 1995 to 2013 vis-à-vis the skyrocketing growth in China since 2010, can be attributed to: (1) the varying compatibility between American financial norms Japan’s and China’s social norms, (2) different timings of their integration into the global economy, and (3) the interests of key actors of each country. Japan reintegrated into the global economy in the 1950s under the US’s ‘embedded liberalism’, which advocates a combination of open international trade and restricted international capital mobility (i.e. the restriction of capitalist power). This, alongside Japan’s strategic importance for the US during the Cold War, tolerated government interventionism and consolidated anti-free market elites’ power. Furthermore, the elimination of major capitalists in post-war Japan by the US occupation forces contributed to the continuity of industrious norms, which were linked to anti-free market elites’ interests and hampered the financialization of consumption.

By contrast, between 1947 and 1951, the Chinese Communist Party (CCP) eliminated landlords and introduced the hukou (household registration) system. The restriction of capitalist power and labour mobility through these policies, coupled with the establishment of people’s communes under Mao, could be regarded as a top-down industrious revolution that failed to form industrious norms in socialist China. In the post-Mao era, China integrated into the global economy in the 1990s when the US promoted neoliberalism (advocating free capital mobility and capitalist dominance) globally. The World Trade Organization and the International Monetary Fund encouraged China to conduct neoliberal reforms. Neoliberal restructuring, including the social security and state-owned enterprise sector reforms, has evoked the economic rationalism embedded in Chinese society, facilitating China’s rapid expansion of consumer credit promoted by the CCP’s consumption-driven economic policy to maintain its legitimacy. The common goal of both economic rationalism in Chinese society and neoliberalism is to accumulate capitalist wealth through labour exploitation by drastically reducing social protection.

My research has provided a theoretical framework to examine the lingering influence of social norms formed in the agrarian era on Japan’s and China’s contemporary capitalist models. In today’s Japan, despite the fading motivation for industriousness, anti-free market elites still try to preserve industrious norms to protect their ruling status from a capitalist threat. In contrast, today’s ‘neoliberalism with Chinese characteristics’ could be a revival of the combination of economic rationalism and autocracy during late imperial China. China’s better compatibility with neoliberalism has contributed to its rapid economic growth, while Japan’s conflict with neoliberalism has resulted in its economic decline. The paradigm shift from embedded liberalism to neoliberalism was a negative game-changer for Japan. 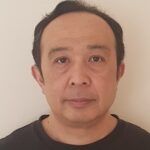 Dr Fumihito Gotoh is a Teaching and Research Fellow in the Department of Politics and International Studies at the University of Warwick. He is the author of Japanese Resistance to American Financial Hegemony: Global versus Domestic Social Norms (Routledge, 2019).