Hong Kong and Taiwan: A community of shared destiny?

In January 2020, President Tsai Ing-wen of the Democratic Progressive Party (DPP) in Taiwan won a second term of office with a historic 8.17 million of votes. Since it happened amid the DPP suffering a heavy defeat in the local elections a little more than a year ago and the anti-extradition protests in Hong Kong in the summer of 2019, many in Hong Kong would link the two events and regard the so-called ‘Hong Kong factor’ as having helped the DPP turn the tide and expect Tsai to give back after the election.

Given Tsai’s high-profile support towards the protestors especially during the earlier months of the protests, many in Hong Kong campaigned passionately for Tsai and there was even talk of a ‘community of shared destiny’ between Hong Kong and Taiwan. Based on my interviews with politicians on both sides as part of my doctoral research, I would argue such a picture masked a misplacement of expectations between the two sides, and events a year after the election seemed to confirm that the mask has begun to slip.

There are two findings from my interviews that could support this argument. Firstly, the DPP members that I have interviewed have shown deep unease towards the idea of commonality between Hong Kong and Taiwan. In particular, many rejected that Hong Kong and Taiwan have a common destiny, referring to the fact that Taiwan has its own elected government and military. They also expressed doubts on any public sentiment in Taiwan for such idea. As a party that is striving for Taiwan’s independence, Hong Kong is treated as the same as any other country in the world. Slogans like ‘Today’s Hong Kong is tomorrow’s Taiwan’ was to warn Taiwan’s public of the danger of China, rather than to express any affiliation towards Hong Kong, and even many in the party had reservations in using it.

Thus, they tended to downplay the significance of any Hong Kong factor contributing to the DPP’s victory last year, stressing instead the quality of the Taiwanese people to react. By doing so, the DPP also evaded any moral responsibility to return the favours for winning the election. In short, it was very clear that the DPP did not want to commit to anything that might bind its primary cause of striving for independence.

Secondly, according to pro-democracy parties in Hong Kong who had experience of interacting with the DPP in the past decade, the latter has neither shown interest nor understanding towards Hong Kong in their interactions. Consistent with the comments above, many in those parties felt that the DPP has always been a Taiwan-centric party who has no interests in supporting Hong Kong due to the fact that it is part of China and no people were fighting for independence there. There were even quarrels and heated discussions in their previous interactions on this issue.

Thus while many agreed that Hong Kong and Taiwan are a ‘community of shared destiny’, more seasoned politicians also recognised that given its nature the DPP would still keep a distance from Hong Kong and what happened there. For instance, a former Democratic Party leader complained about Tsai’s ‘lack of sincerity’ where he can’t see “the compassion in helping the young protestors”.

Since a lot of young protestors were forced to flee Hong Kong after the protests with Taiwan being a popular destination due to its geographical location, many were looking for the DPP government to do more to ensure a proper asylum system was in place in Taiwan. Issues such as formulating a Refugee Law has been a contentious issue and a dividing line among political circles on both sides before the elections. For instance a university student union president in Hong Kong spoke against the DPP’s policy as manipulating Hong Kong’s protestors, only to retract his statement a day later after being subjected to huge criticisms.

However, even a year after the election, despite a lot of warm words, concrete measures to support Hong Kong such as the Refugee Law has so far been absent from Tsai’s government. Proponents of the law such as the New Power Party argued that it would provide certainty and predictability to applicants facing political prosecutions who wish to relocate to Taiwan not just from Hong Kong but also other parts of the world. It would also provide the appropriate status for refugees to work, study and live in Taiwan. However the government has so far refused to work on such measures, arguing it would involve unnecessary sensitive constitutional issues of regarding Hong Kong as part of its territory that antagonises China. As one of the DPP interviewees told me, the government also has to balance it against the domestic impact on the likes of employment.

As a result, so far Hong Kong protestors could only rely on clause 18 of the regulations regarding Hong Kong affairs, which states “necessary assistance shall be provided to Hong Kong or Macau Residents whose safety and liberty are immediately threatened for political reasons.” Such a short clause has covered all the complexities young protestors faced that is treated on a case-by-case basis without any open and clear guidance. Despite setting up a special agency to handle these cases last July, a secretive environment remains in terms of the eligibility of clause 18 and the support given when arriving Taiwan.

Beyond helping vulnerable protestors, the DPP government seemed to have moved on from the Hong Kong issue apart from paying lip service from time to time when something big happened in Hong Kong such as the arrest of 47 pro-democracy figures in January. If Hong Kong and Taiwan are really a ‘community of shared destiny’, one would expect more from the Taiwanese government in supporting Hong Kong in concrete terms. However for the DPP it seems more important for Taiwan to be a member of the international community lobbying China than to commit to any measures that would aggravate the pressure in domestic society.

To conclude with the words a DPP figure in the interview I very much agree with: “Although I am very pleased and touched to see the friendliness and deep interactions between the people of Hong Kong and Taiwan, I feel incredibly anxious that such false fairy-tale will be exposed one day.” 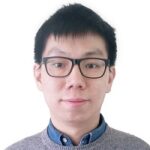 Adrian Chiu is a PhD candidate at the SOAS Department of Politics and International Studies. The working title of his PhD project is “Party interactions between Hong Kong and Taiwan in post-handover years”. He is also the assistant editor of the Hong Kong Journal of Social Sciences.