Home/Politics, SOAS Academics/Companies that stand up to the Chinese Communist Party need our support

Liz Truss is right to highlight the failings of the WTO in keeping the most important rising great power, China, in line with international good practices.  When China was admitted to the WTO in 2001, the expectation was that membership would change China though the more savvy observers also realised that it would change the WTO.  Few imagined China would change the WTO more than the other way round, as has turned out to be the case.

The WTO is meant to lower trade barriers, and break down other barriers between peoples and trading economies.  By helping China to transform from a developing economy to the second biggest and most powerful trading economy, the WTO has allowed China to weaponize its new found economic might to force others to modify their behaviour.

Countries like Australia are punished by trade restrictions when deemed unfriendly to China, such as when it called for a full and independent inquiry into the origins of the Covid-19 Pandemic. Companies like H&M face boycott when they refuse to use Xinjiang cotton produced with forced labour.

The WTO has not, and does not have the capacity to require China to lift its unjustifiable tariff on Australian wine or stop punishing H&M for striving to uphold corporate social responsibility.  This is wrong, and shows the WTO needs reform to be fit for purpose.

But changing the WTO is akin to getting a super tanker to reverse course in the Suez Canal.  If it can be done it will take time and enormous skill to achieve.  In the meantime, under the Communist Party led by Xi Jinping, China will punish more and more multinationals unless they act in accordance with its wishes. As such punishments can potentially be crippling for some companies, Beijing can successfully, as the Chinese saying goes, ‘kill a chicken to scare the monkeys’ into submission.

As the Communist Party increasingly uses the economic might of China to require Western companies to toe its line, the rest of the world should respond.  We need to be imaginative.

While Truss’s appeal to change the WTO should be supported, it will not have any effect for a long time, if at all.  Ethical consumers in democracies should take matters into our own hands.  We can change things more quickly.  Instead of staying as bystanders when companies are being targeted by the Chinese Communist Party for punishment, we can help by using our wallets smartly and responsibly.

If a non-Chinese brand is being singled out for punishment by the Chinese Communist Party and Government for refusing to use the ‘shackled cotton’ of Xinjiang, it should be seen as an open endorsement of its corporate social responsibility. The same should apply to companies that refuse to endorse the human rights abusing Hong Kong National Security Law or to describe democratic Taiwan as a Chinese province.  Let us switch our purchases to them to compensate for the loss of businesses in China they may suffer. Some may even end up doing better by doing the right thing. 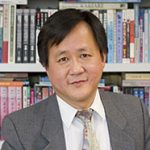 Originally published by The Telegraph on 31 March 2021.