The U.S. and China Are Not In a "New Cold War" - SOAS China Institute

Home/Politics/The U.S. and China Are Not In a “New Cold War”

Chinese President Xi Jinping’s recent warning that continued U.S. protectionism under the Biden administration might ignite a “new Cold War” has reignited debates about the suitability of such a label to describe the state of U.S.-China relations today.

The Trump administration actively sought to—and successfully did—reframe modern-day U.S.-China tensions as a sequel to the 1960s Cold War. In his October 2018 speech at the Hudson Institute, then-Vice President Pence depicted U.S.-China competition in starkly ideological terms and unflinchingly declared the United States “will not stand down.” Former Trump aide Steve Bannon convened the Committee on the Present Danger in 2019 to combat China, reviving a Cold War-era organization previously defunct since the 1980s. However, “new Cold War” rhetoric is both inaccurate and injurious to the future of the U.S.-China relationship.

Certainly, there are some eerie similarities between the U.S.-China relationship and the rivalry between America and the Soviet Union. The international balance of power is bipolar with two primary superpowers. Military tensions are rising with potential flashpoints over Taiwan and the South China Sea. And again, there is an underlying conflict of political ideology: The U.S. has long viewed communism as anathema to its intrinsic interests, and the Chinese Communist Party perceives liberal democracy with similar vitriol.

The current U.S.-Chinese economic relationship is nothing short of extraordinary. In 2020, bilateral trade in goods between the US and China totaled over US$500 billion—and this represented a recent downturn due to the trade war and COVID-19. China holds US$1.1 trillion in U.S. Treasury securities. Numbers don’t capture the full story, either. Since the start of China’s reform era in 1978, no nation has done more to assist China’s rise than the United States. The benefits are mutual: China’s accession to the WTO in 2001 expanded market access to U.S. companies and provided U.S. consumers with more affordable products. As the 2008 financial crisis sent shockwaves through the U.S. economy, Chinese investment helped stabilize its most important trading partner.

Second, there exists a stark distinction between the Soviet Union’s political and military alliances in the first Cold War and China’s world in 2021. In response to the North Atlantic Treaty Organization comprising the U.S. and its Western European allies, the U.S.S.R.-led Warsaw Pact created a military alliance of eight European communist states. The Soviet Union’s Council for Mutual Economic Assistance provided economic aid to Eastern bloc states and additionally expanded the U.S.S.R.’s sphere of influence.

In 2021, China lacks any significant diplomatic or security allies. While China signed a defense alliance with North Korea in 1961 obligating it to protect Pyongyang, the Chinese government has since worked to convince North Korean leaders to revoke this stipulation. Moreover, the Sino-North Korean relationship, which can hardly be described as friendly, represents the only current mutual defense treaty that China has with any nation. In contrast, the U.S. not only boasts higher favorability ratings than China worldwide but also enjoys close security alliances with many of the PRC’s proximate neighbors like Japan, South Korea, and the Philippines.

Ideological ambitions and the “China model”

Third, there is a critical distinction in ideological ambitions. The Soviet Union actively spread a universal, “Soviet model” to the rest of the Cold War-era world, just as the U.S. vigorously promoted democracy. Yet China today does not export Marxism-Leninism nearly to the extent that Stalin—or Mao Zedong—did. Instead, the PRC upholds state sovereignty and non-intervention.

Some Western commentators have expressed anxieties over recent speeches from Xi Jinping that reference a new “China model” rivaling that of the United States. At the 19th Party Congress in 2017, Xi asserted this model “offers a new option for other countries and nations who want to speed up their development while preserving their independence.” Yet such rhetoric seems primarily defensive, intended to combat foreign criticisms of China’s domestic governance practices. Furthermore, if there is a so-called “China model,” questions abound regarding what it is. Cornell’s Jessica Chen Weiss has correctly noted that China lacks a coherent and universal ideology. M.I.T. political scientist Yasheng Huang has clarified that it is somewhat of a misnomer to define robust state intervention as part of a “China model”; after all, China’s remarkable economic prosperity came only after Deng Xiaoping’s marketization reforms.

Not only does the use of rhetoric like a “new Cold War” reflect flawed historical analysis, but it is also dangerous and contravenes fundamental American values. The Trump administration restricted access to Chinese graduate students in sensitive research fields and considered blanket bans on student visas for Chinese nationals altogether, echoing an erstwhile era of McCarthyism. U.S. Congresswoman Judy Chu noted the unmistakable racial tenor of the policies and said it amounted to targeting “an entire ethnic group of people for suspicion that they’re spies for China.” Immigration and openness epitomize core U.S. strengths that cannot be compromised.

It is undoubtedly a relief to see the Biden administration take the reins of U.S. foreign policy, which will ensure U.S. competitiveness against China while eschewing much of the Trump administration’s rabble-rousing and racial animosity. But as anti-Chinese sentiment climbs in the United States, the fine line might start to dissolve between exhortations to “be tough” on China and talk of a “new Cold War.” In that moment, it will be critical to recall the lessons of history and reject it. 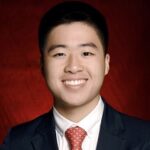 William Yuen Yee is studying Political Science and East Asian Languages and Cultures at Columbia University. He conducts research on U.S.-China relations and international law for Professors Thomas Christensen and Maria Adele Carrai at the Columbia-Harvard China and the World Program. He previously served with the Freeman Chair in China Studies at the Center for Strategic and International Studies.