What can the One Child Policy tell us about the crisis in Xinjiang? - SOAS China Institute

Home/Politics/What can the One Child Policy tell us about the crisis in Xinjiang?

What can the One Child Policy tell us about the crisis in Xinjiang?

In 1979, the People’s Republic of China (PRC) notoriously enacted the One Child Policy, limiting Chinese families to one child each. Initially, the policy not only applied to the Han ethnic majority, but even extended to China’s 55 officially recognized minority groups. Building on more than a decade of “birth planning” (jihua shengyu 计划生育) campaigns designed to constrain family size and promote “quality” births, the One Child Policy marked the apex in China’s program to socially engineer the population. Although in 1984 policy restrictions were relaxed in some places in response to rural resistance, the obsession with limiting population growth resulted in millions of forced IUD insertions, abortions, and sterilization surgeries. After the loosening of family limitation policies in 1984, only about 35.4 percent of the population continued to fall under the original policy, yet the name “One Child Policy” endured.

The origins of the One Child Policy lie in “demographic transition theory,” a demographic model suggesting that fertility decline is a benchmark of socio-economic modernization and that a large population is an impediment to economic development. Social scientists posited that decreased fertility levels resulting from aggressive birth control activism could expedite economic modernization within developing societies. Although this was a bastardization of the original demographic transition theory—which viewed socio-economic development as a precondition for decreased fertility—in the wake of World War II, this altered model became the dominant framework for understanding poverty alleviation in the developing world. Therefore, China’s approach to population control, though extreme, aligned with the prevailing global approach to economic development and modernization.

In 2015, after 36 years of aggressive fertility policing, an aging population and a dwindling workforce motivated the Chinese Communist Party (CCP) to formally roll back the One Child Policy, replacing it with the Two Child Policy. Since then, slogans encouraging single-child couples to have a second child have become standard in China’s urban areas. Yet, within two years of the announcement of this shift from suppressing population growth to encouraging it, disturbing reports began to emerge from Xinjiang province in Western China: Uyghur women, members of a Muslim minority group, were being subjected to coercive population control policies. For those who are not familiar with the situation, as part of a massive crackdown on Uyghur religion, language, and culture, authorities are reportedly detaining millions of Uyghurs in concentration camps under heavy surveillance and forcing them to perform factory labor as part of a “re-education” program. To make matters worse, according to scholars like Adrian Zenz, Uyghur women pregnant with their third child are being coerced into undergoing IUD insertions, abortions, and sterilization surgeries. Other reports mention Uyghur women being forced to receive injections that stop menstruation and bring on early menopause. Taken together with the fact that the natural growth rate of Xinjiang’s Uyghur population has declined precipitously since 2018, scholars and activists point to these trends as evidence of genocide.

While Chinese authorities have repeatedly denied these allegations, ample historical evidence exists to suggest that the policies in Xinjiang were decades in the making. Not only does the family planning agenda in Xinjiang fit with the PRC’s long-standing and unabashed commitment to eugenics—best exemplified by the slogan yousheng youyu 优生优育 (bear and rear better children”)—but the fertility policy in Xinjiang also adopted precisely the same tactics as earlier “birth planning” campaigns, especially the One Child Policy. Even the current rationale for enacting coercive family planning fits with those promoted in the past. People with “traditional” attitudes toward childbearing who favored large families have long been painted as backward and an impediment to Chinese nation building and modernization. The same rhetoric can be seen in justifications for coercive family planning measures in Xinjiang; a decreasing birth rate is flaunted as evidence of effective Uyghur assimilation into the (Han) Chinese nation and the removal of “religious extremism.” Whereas the CCP can claim to have eradicated “feudal” beliefs about marriage and the preference for more children among the Chinese population in general, in the eyes of state authorities, the wombs of Uyghur women seem to represent the final frontier—both literally and figuratively—where state authority has yet to demonstrate its full control.

Other research reveals that the CCP’s ability to police sexuality and reproduction has always been limited, even during the era of the One Child Policy, yet the Uyghurs as a perceived ethnic and religious threat to the nation, symbolically represent a final victory for state population control. All this is to say that what is occurring in Xinjiang’s Uyghur community with respect to population control is entirely consistent with the policies, tactics, and rationales employed by the CCP in the recent past. 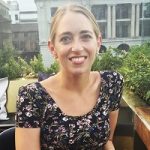 Sarah Mellors Rodriguez is an Assistant Professor of East Asian History at Missouri State University. Her forthcoming book (Cambridge University Press, 2022) examines birth control and abortion in China from the early twentieth century to the present.