China’s first ever civil code came into effect on January 1 2021. Replacing a raft of other laws covering issues from marriage, to inheritance, adoption and property, it has binding authority over all civil disputes.

A unified civil code has been on the Chinese Communist Party’s (CCP) political agenda since 2014. After ten rounds of open consultation, the National People’s Congress passed the new code in May 2020.

Some changes introduced under the civil code reflect grassroots concerns, for example the imposition of liability on people who occupy other passengers’ seats on a train. From January 1, seat thieves will face fines or being denied service. In other words, the open consultation was not a show.

However, Chinese feminists feel that their reservations about a newly introduced one-month cooling off period before a divorce is finalised have been ignored. They argue that it undermines the freedom to divorce and disregards victims of domestic violence. There has been ongoing criticism online about the new rules since May.

Feminists are a powerful social force in China. To some extent, the rise of feminism is the unintended consequence of China’s one-child policy. Although the policy was abolished in 2016 due to the decreasing birth rate, its impact still lingers. Because of it, a generation of “urban daughters” was born as the only child to better-off families.

Without brothers to compete with, urban daughters received exclusive support from their parents. Economic privileges motivate them to pursue liberation. Social media give them access to self-expression. These young women are the pillar of China’s consumerist economy – and they have a significant impact on policy making.

Between 2017 and 2019, Chinese feminists campaigned restlessly for the registration of sex offenders to be introduced. Their efforts were the main reason why sex offender registration evolved from local pilot projects into a national reform in China. The central government has promised to introduce a national database of paedophiles by 2022. A push by feminists for domestic violence databases has also had some success, with Yiwu, a city in eastern China, beginning a pilot in July of a system which allows people to check if their partner has a history of domestic abuse before getting married.

And yet feminist protests against the new civil code have been a rocky ride.

The earliest protest started before the civil code was passed in May. During the internal deliberation of the People’s Congress in May, one delegate, Jiang Shengnan, condemned the divorce cooling-off period in sharp words: “The freedom of the majority should not be restricted just because a few couples can’t sort themselves out.” She also raised the issue of domestic violence. According to the new code, after a couple file a divorce application, either person can withdraw the application during the cooling-off period without the other person’s consent. This rule could be dangerous for victims of domestic violence.

Jiang also boldly criticised the suspected real purpose of the cooling-off period. If the party intends to maintain a decent birth rate by keeping marriages afloat, she argued, imposing restrictions on divorce will not work, because people, especially women, will simply refuse to marry. Her comments were widely reported on Chinese social media.

Appeasement by the party

Immediately after the civil code was passed on May 28, the CCP’s All-China Women’s Federation (ACWF) reported all major changes introduced by the new civil code on its official Weibo account, but it did not mention the divorce cooling-off period. Hundreds of protesters left messages under the ACWF’s account, asking why the party had approved a law that was so widely opposed.

The party’s first move was to get legal experts to explain in state media outlets why the changes were necessary. In June, these experts argued that the main aim of the cooling-off period was to reduce impulsive divorces and that the period only applied to divorce by agreement. In the case of an emergency such as domestic violence, a person could initiate a lawsuit. But protesters are not convinced, arguing that divorces are not easily granted by Chinese courts, not to mention the costs involved.

The party’s next strategy was to emphasise its historic achievements on women’s liberation. The death in late June of Shen Jilan, a female delegate who had served on the People’s Congress since 1954, was heavily politicised for this purpose. Shen was memorised as a founder of the republic and a loyal servant to her sisters. In a series of articles, the ACWF highlighted Shen’s involvement in the drafting of early equal pay laws.

Young feminists also paid earnest tribute to Shen. One commented under ACWF’s Weibo account: “No real feminists shall disrespect a pioneer.” For a moment, nationalist sentiments overrode disagreements. However, other young women left sharp questions under ACWF’s memorial articles, for example: “So we actually had equal pay laws in 1954? Exactly what we have achieved since then if not total reverse?” These questions led to heated online discussions about employment discrimination and hidden inequalities in workplaces today.

To calm the broader discontent stimulated by the new civil code, China’s president, Xi Jinping, asserted in October that protecting women’s rights would always be the country’s national policy. He promised that help would be granted to women affected by the COVID-19 pandemic, for example, a measure to ensure women have the same opportunity to regain employment as men.

The promise does not change the fact that the divorcing cooling-off period is soon to become law, but at least Chinese feminists proved that they are not to be ignored. 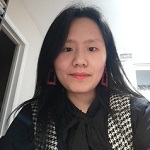 She is the author of Governance, Social Control and Legal Reform in China: Community Sanctions and Measures (Palgrave Macmillan 2018) and winner of the Asian Criminological Society Distinguished Book Prize 2019. She is a non-practicing attorney in China.

Originally published by The Conversation on 04 January 2021.