The COVID-19 Vaccine Race in the New Cold War

We live in unprecedented times. COVID-19 has turned into a pandemic that has a tremendous impact on our society. Pharmaceutical companies in major countries are working extremely hard in the hopes of finding a vaccine. In times of the New Cold War between China and the US, vaccines are, in fact, a strategic material. Whoever could first launch COVID-19 vaccines on a mass scale could reinvigorate the economy and become the world’s dominant power.

Resembling the Space Race between the two Cold War rivals in the 20th century, China and the US are undergoing a vaccine race a century later. In normal circumstances, vaccine development is a lengthy process, for vaccines have to go through a three-stage clinical trial process before they are sent to regulatory agencies for approval. The whole process could take 10 to 15 years. In the case of COVID-19, in less than a year, more than 150 vaccines are in development worldwide. As of November 2020, 11 COVID-19 vaccine candidates have entered the final phase of clinical trials before regulatory approval.

Who is the Frontrunner in the Race?

Among the 11 candidates, both China and America have developed four COVID-19 vaccines. Who is the frontrunner in the current vaccine race?

American coronavirus vaccines are cheaper than vaccines developed by the Chinese companies. The vaccine co-developed by American-based Pfizer and German-based BioNTech costs US$19.5 per dose, whereas the Novavax vaccine is estimated to be US$16 per dose. Moderna’s version is the highest among the American candidates; each shot costs between US$32 and US$37. Unlike the other two-dose regimen vaccines, Johnson and Johnson’s vaccine requires only one shot, and each shot is around US$10. Chinese vaccine candidates are more expensive than Moderna’s version. The price of the two-shot Sinovac vaccine is US$60 per shot, whereas the two candidates developed by China National Pharmaceutical Group, or Sinopharm, would cost up to US$145 for two regimens. The price is currently unknown for the single-dose CanSinoBio Ad5-nCoV vaccine.

Publicly accessible data tells us that American vaccines show higher effectiveness than the Chinese vaccine candidates. Both Pfizer and Moderna vaccines have an efficacy of 95 percent. The effectiveness for vaccines developed by Johnson and Johnson and Novavax has yet to be released. Concerning the Chinese vaccines, the Beijing-based Sinopharm shot has 86 percent efficacy, based on the recent results released by the United Arab Emirates (UAE) health authorities in December this year. Although the effectiveness of the other three Chinese vaccines is not publicly available, this has not stopped hundreds of thousands of people in China and abroad from being injected with one of the four Chinese vaccines under policies known as emergency-use authorization.

One could conclude that American vaccines have a higher cost-performance ratio, or CP value, than their Chinese counterparts; however, China has better utilized its COVID-19 vaccines as leverage in developing countries. Owing to the “America First” policy plus soaring COVID-19 infection cases in the US, Washington’s Operation Warp Speed (OWS) primarily aims to meet local demands. In contrast, the seemingly controlled pandemic situation in China allows Beijing to play vaccine diplomacy to repair or strengthen ties with its Asian neighbours and other developing countries, offering vaccines as a “global public good” with “a fair and reasonable price.” To date, the Chinese vaccine makers have been conducting phase three trials in more than 15 countries outside China; the countries hosting vaccine trials will get preferential pricing and supply as part of the deal. The Chinese Foreign Minister likewise pledged US$1 billion in loans to Latin America and the Caribbean to secure access to the Chinese vaccines. One could argue that Chinese-supplied coronavirus vaccines have given Beijing leverage over American allies in Southeast Asia and the South China Sea claimant states that are desperate for a cure which would otherwise be unavailable to them anytime soon. Treating vaccines as a diplomatic tool, Beijing is taking the lead in this vaccine race.

The End of the Vaccine Race?

Historians believe that the Space Race formally came to an end when American and Soviet Union astronauts linked up in orbit and shook hands during the Apollo-Soyuz mission. While the chance of a joint-development of a vaccine between Beijing and Washington is slim, the two countries might eventually work together in the WHO’s COVID-19 vaccine distribution alliance (COVAX), contributing to the equitable access of COVID-19 vaccines to less developed countries, now and in the future. 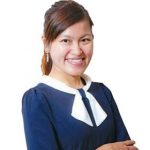 Catherine Yuk-ping Lo is a Lecturer at University College Maastricht at Maastricht University. She specializes in international relations and global health. She is currently working on an edited book (forthcoming in Summer 2021) about COVID-19 and the role of World Health Organization in Asia.