China has been a hot topic since the SARS-CoV-2 strain responsible for the coronavirus pandemic was reportedly first discovered in Wuhan, China, in December 2019.

How is China being discussed by the media in the ‘Western world’ and how is this affecting the way people perceive China? I spoke to Kaiser Kuo, editor-at-large of the New York-based, China-focused news, information, and business services platform SupChina, and co-founder of China current affairs podcast Sinica.

This is a transcript of part two of our interview. Read part one here.

(Eleonora Di Benedetto): Moving away from non-Chinese people, it’s interesting to reflect on how Chinese people understand China. Being a student myself, I’m particularly interested in understanding where mainland Chinese students abroad get their news from? And what role do China-focused media outlets with high levels of representation of people of Chinese descent play in influencing their outlook?

(Kaiser Kuo): Obviously there is this huge difference depending on your level of access to digital media, depending on your education, depending on whether you’re in an urban or rural area – so, it’s hard to generalise. Remember, China’s Internet penetration still is just north of 50% so we’re still talking about an awful lot of people who don’t have access to the Internet. Now, of course, it’s less the case with younger people – younger people tend to formally have access – but then again we have this issue of censored media and state-owned media and a very active and effective propaganda machine in China. So it’s very hard to get a clear sense of how blinkered people are because of censorship and propaganda – it clearly does have an effect, it’s just a matter of considerable debate how much of an effect that it has.

I have certainly met many, many people in China who are as worldly and sophisticated as anyone plucked off the streets of Manhattan or Boston or Oxford – they know what’s happening in the world very well, they have an overall clear picture, they know how to access global media (media from outside of just China or outside of just select media sources from outside of China). But then there are people who are extraordinarily narrow and who have a very blinkered view… so, it’s hard to say.

If we were to posit an average of young people at an Ivy League university, I would actually rate their knowledge quite high. I think that they tend to be not completely sceptical, they understand that the state media has an agenda, it uses different means of propaganda to sell a particular narrative, they know very well the media diet they have is censored. But they also are very aware, they can build that into their cognitive apparatus pretty easily and they can access news sources from outside of China and they very often do. I don’t think that they’re much worse off, if at all, than, say, someone in the US who comes from a pretty ideologically rigid family and consumes only news from, say, FOX and conservative newspapers, or someone who consumes only MSNBC or CNN and only hyper-liberal, partisan media publications. It’s still important to answer this question because it’s not unknowable – because you can actually ascertain using the right research design.

For people of Chinese descent in the US, I think it depends on how closely tied they still are to the country of their origin. It depends mostly on their level of English language comfort.

In my experience, people who don’t read English with real facility still tend to lean very, very heavily on Chinese language news sources and those tend to be the ones that are associated with their countries of origin – people from Taiwan will tend to consume media that comes from Taiwan, or people from Hong Kong and obviously the PRC… now, that’s not always true, there are a lot of alternative media organisations that have quite liberally targeted people from mainland China who tend to be critical of the Chinese Communist Party (CCP). So you have media outlets like The Epoch Times, which is run by the Falun Gong, or the Guo Wengui media empire that he’s tried to build which has a lot of quite crass, vulgar stuff on YouTube that is not factually grounded and it’s very worrisome, and same to be said about a lot of the WeChat media that people consume – a lot of videos are, quote-unquote, ‘curated’, through these groups on WeChat where people share links and I think that is extremely dangerous.

We wanted to create a news site that would go way beyond what the traditional mainstream media has done with their coverage of China, but that at the same time would be built very much on aggregation of stuff that adds a lot of context – things like weekly hour-long podcasts that give you more time to unpack stories, more space to introduce more of the context.

I think there are now quite a number of publications that are doing more stuff like that – the  South China Morning Post (SCMP), which has such an extensive coverage of China – so these outlets are great and they would probably pass muster for people who are living in the US, who speak and read English with facility and want that set of viewpoints that aren’t officially clearly representing one political camp or another.

Prejudices and confirmation bias affect the type of content readers end up consuming. At the same time, the Internet, and recommendation algorithms easily create echo chambers and polarisation. So, how can SupChina enlighten those readers that typically only engage with ‘China-bashing’ content?

It’s quite tough. I think first of all you need to show that you’re not a state-owned organisation, that you’re going to engage in judicious China-bashing of your own, you’re going to continue to publish stuff that is quite critical of certain behaviours of the Chinese leadership, you’re still going to engage critically with China because if you’re just perceived as another propaganda outlet then who’s going to read you?

So, I think we don’t pull punches – I think that we have sort of established that our position is one of informed neutrality. We will still continue to report about the abuses, but we will also report very candidly about the American political agenda when it makes its way into media coverage. So, we’re simply just trying to be fair. ‘Impartial’ is a very separate word – we’re not ‘impartial’, I mean, I’m very partial to the idea that media coverage of China should be less incessantly critical, I definitely have an agenda to advance but it’s not to smear China or to only make China look good, I think it’s to interrogate what our assumptions, privileges and prejudices are, and trying to foreground those, making clear that we have these things and then go on, or trying to strip them away as best as we can. That’s the ambition, that’s what we’re trying to do.

And still, there’s a lot of disagreement within Editorial about what we end up doing. There’s a lot of times when Jeremy will not be happy with what topics I decided that we’re going to cover on podcast, there’s a lot of times when I’ll be unhappy with his intro to the newsletter but we give each other space and trust each other’s judgement and we don’t truly fight. I think we accept in good faith that none of us brings our prejudices to it too strongly, and where we do have our prejudices they’re sort of balanced out because we’re not all on one side of this issue so I think that ends up producing better coverage.

Behind China-specialised media outlets, there are journalists, analysts and researchers. How do you think that these China professionals should conduct reliable research with integrity if fieldwork in China is limited by censorship and surveillance?

Oh, it’s no question that it’s gotten very hard to do that. SupChina isn’t doing deep, investigative, forensic research – we can’t, we have neither the resources, nor the legal standing or the trained journalists to do that – we really try to not go out of our depth. But what we do do is try to direct people to coverage that does that – that’s why I think the newsletter, being sort of an added score, an aggregator of reporting on China, allows us to cover a lot of that stuff.

Not only is , I think that we can do meta-analysis, we can look at a lot of other stories… But in terms of generating original research and reporting, we just simply don’t have the budget or manpower or resources to do to that. It’s absolutely difficult, and that’s why I hold people that are able to do that in such high regard and esteem, because it’s fraught – it becomes difficult in an atmosphere where there is censorship, surveillance and active denial of access to materials, where even conducting individual interviews becomes highly problematic in this context. It’s a very, very tough environment.

The thing is just to be discerning, to be able to recognise that, first of all, that that still does happen with Chinese media outlets (less than it was 10 years ago) but there are still Chinese language media outlets in China that are doing quite cutting-edge, very brave and methodologically very sound investigative research – magazines like Caixin, Caijing, Yicai.

Finally, would you like to recommend some material you’ve worked on to help us learn more about media coverage of China? For example, is there a specific episode of your Sinica podcast you would like to indicate? What about other complementary material available on SupChina?

Let me direct you to a couple of things that I think are very useful. One is the New Yorker Festival, featuring the New Yorker magazine’s editor (David Remnick), interviewing a number of current and former reporters for The New Yorker covering China – including current main China writer Jiayang Fan, phenomenal Evan Osnos, Peter Hessler, Orville Schell.

There is a fascinating part [in the last edition] that Jiayang Fan talks about, which I’ve repeated countless times because she gets it so right. through an X-ray machine – precise, accurate and quite literally penetrating, but it lacks that sort of organic matter that makes it feel like it’s actually hers and recognisable as such. So, it’s really an interesting take.

But there’s also a lot of conversations that Peter Hessler has had with different interlocutors about the problems of Western media coverage of China. I think he talks about this issue with enormous sensitivity and wisdom.

And finally, I would look at some things that I’ve written about this issue on Quora. There is a kind of a ‘best of’ on our site, all my good writings are on SupChina under the ‘Kuora’ tag.

There is also one recent Sinica podcast episode with Emily Feng of NPR (National Public Radio) – we talk about media coverage right now in China in the aftermath of the expulsions of so many journalists. 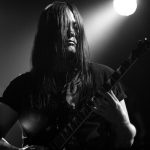 Kaiser Kuo is a writer, musician and editor-at-large of the New York-based, China-focused news, information and business services platform SupChina, and is a co-founder of China current affairs podcast Sinica. The Sinica Podcast, founded in 2010, is a weekly discussion of current affairs in China that Kaiser Kuo co-hosts with Jeremy Goldkorn. He is also a former member of Chinese rock band, Tang Dynasty. 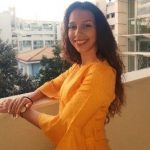 Eleonora Di Benedetto is a BSc International Management for China student at SOAS (2018-22). She is a student ambassador for SupChina and one of the 20/21 Young China Watchers mentees. She is also an alumna of the TOChina Summer School, an intensive training course on the politics, political economy and foreign policy of contemporary China.