Is self-employment the antidote to job losses in China? - SOAS China Institute

Home/Economics/Is self-employment the antidote to job losses in China?

Is self-employment the antidote to job losses in China?

COVID-19 has brought China’s urban unemployment rate to a new record. According to China’s National Bureau of Statistics, the urban unemployment rate from February to May this year was around 6 percent, an increase of nearly 20 percent in the number of unemployed people compared to that in December 2019. Various programmes and policies have been adopted to reduce unemployment. The most recent initiative was Premier Li Keqiang’s call for the revival of street stalls in July this year. Li’s public endorsement of ‘street-stall economy’ was made after Chengdu local authorities’ success in creating more than 100,000 jobs by properly regulating the street venders from March to May this year. The low-income groups, who suffered the most from the economic downturn overshadowed by a global pandemic, were expected to boost income through starting their own business. However, evidence suggests that self-employment is not likely to stimulate the coronavirus-hit economy and provide quality jobs in the long run.

As in many developing countries, the size of self-employment is an indicator of underdevelopment because it is often involuntary and represents a lack of jobs in the formal sector. In the early 2000s, accompanying China’s further economic liberalisation was a huge increase in the numbers of urban and rural traders, merchants and small-sized businesses run by individuals. However, as the economy grows, the percentage of self-employed individuals steadily fell. The International Labour Organisation (ILO) estimated the overall self-employment rate in China to have dropped from 62.2% in 2000 to 46.5% in 2020. The Chinese government has also indicated that there has been a continuous decline of the proportion of self-employment in total non-agricultural employment since 1999. Although the ILO and the Chinese government are relying on different definitions of self-employment, they tell the same story—self-employment is playing a diminishing role in China’s economic growth and employment . They have also reported that  self-employment is more prevalent in China’s economically deprived provinces and rural areas—this further indicates that self-employment, though an antidote to job losses, represents underdevelopment.

In fact, it is no exaggeration to claim that the rise of self-employment in China is just disguised unemployment. Self-employed individuals are normally the most vulnerable in the labour market. The nationally representative China Labour-force Dynamic Survey (CLDS) 2014-2016 indicates that: compared to salaried employees, the self-employed have less educational attainment, professional qualification or regular training. They are also more likely to come from poor families. For instance, one fifth of the rural-to-urban migrants, often the poorest in cities, engage in self-employed activities, a proportion much larger than that of their non-migrant urban counterparts. The most frequently reported reason to be self-employed is not the desire to take advantage of good entpreneurial opportunities, but that there are simply no better alternatives for income generation. In this sense, self-employment is a safe haven for those who struggle to obtain paid jobs.

In fact, it is no exaggeration to claim that the rise of self-employment in China is just disguised unemployment.

Self-employed business in China is mostly subsistence-driven and shows no sign of growth. ‘Family-based ownership’, ‘labour-intensive’, ‘dependence on indigenous resources’ and ‘small scale operation’ feature China’s self-employment landscape. CLDS data indicates that the majority of self-employed individuals work in the underdeveloped service sector. They concentrate the low tiers of the redistributive hierarchy by providing a variety of often low-paid services, such as barbering, tailoring, selling groceries and photo finishing. Because of the dominance of the sole proprietorship structure and the underdeveloped capital markets in China, self-employed businesses mostly started off small and are relatively undercapitalised. Self-employed businesses do not grow big in general: independent workers and sole proprietors seldom progress to become employers.

In light of what has already been discussed, it is perhaps unsurprising to find that self-employed individuals suffer from poor job quality and precarious working conditions. Self-employed jobs are insecure with low earnings, have long working hours and unsociable working shifts. CLDS data reveals that the average annual income of self-employed individuals is significantly lower than that of salaried workers. The self-employed constitute the lowest income group, but compared to the salaried workers, they work eleven hours more weekly. Many of the self-employed reported that the revenues of their business do not even suffice to pay rent and they can only afford to live in the less desirable surburbs.

In sum, self-employment in China often constitutes a reaction to structural disadvantages in labour market access. It has proven to be unable to solve the problems of the Chinese labour market, such as skills mismatches, precaurious working conditions and spikes in unemployment. Despite the structural weaknesses of self-employment, as China’s economic restructuring and industrial upgrading continues, structural unemployment is expected to exacerbate, and thus self-employment will likely rise. It is more practical for the government to step up their efforts in providing skills training to equip the under-educated. Addtionally, it is wise to provide more support to bolster the non-self-employed private business sector, which  contributes 60% of China’s gross domestic product and provides the largest source of jobs. 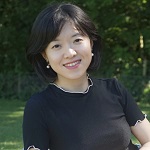 Shuting Xia is a PhD candidate at the Department of Sociology, University of Cambridge. Her research focuses on the self-employed migrant workers in China.