Another Miscarriage of Justice in China: Is it the Tip of the Iceberg? - SOAS China Institute

Home/Law, SOAS Academics/Another Miscarriage of Justice in China: Is it the Tip of the Iceberg?

Another Miscarriage of Justice in China: Is it the Tip of the Iceberg?

In August 2020, Chinese media was headlined by a quashed wrongful conviction. The victim of the miscarriage of justice, Zhang Yuhuan, achieved a record – he was China’s longest-serving wrongfully convicted inmate, having spent 27 years interned in a prison in Jiangxi province.  Zhang Yuhuan was convicted in 1995 of murdering two boys, whose bodies were found in a local reservoir. Key to this case was Zhang’s confessions, which led to his conviction in the first instance. There were six versions of confessions, providing inconsistent details of crime scene, weapons and motivations. These confessions were later proved to be elicited by torture which entailed a deprivation of sleep, physical violence, and savaged quadriceps by a trained police dog. After many years’ petitioning, the Jiangxi High Court decided to reopen the case and review the evidence. It declares that the confession evidence on which the conviction was based was ‘irrelevant (quefa guanlianxing)’, ‘lacked exclusiveness (buju paitaxing)’ and was not reliable enough (zhenshixing cunyi) to support the guilt of Zhang. This final evaluation confirmed the harm of torture, police brutality and other malpractices which have haunted the Chinese legal system for the last few decades.

Once a forbidden topic, miscarriages of justice have now become newspaper fodder in China.  As many as 180 cases in which innocent people were falsely convicted of serious crimes have been reported by the media in recent years. A high proportion of these were death penalty cases. According to the Supreme People’s Court, 94 convictions of serious crimes (involving 46 cases) were quashed between 2013 and February 2019. While these figures demonstrate a laudable courage of the courts to correct fundamental wrongs of its own making, they send a strong signal that the system is deeply flawed. In my book The Construction of Guilt in China (2020), I have analysed how these miscarriages of justice have come about in China. Whilst it is true that the origins of most wrongful convictions can be traced to the early stages of the police investigation, these cases demonstrate the functional deficiency of the criminal justice system as a whole in preventing innocent individuals from being wrongly accused and convicted.

It is important to understand that all criminal cases are constructed. The case construction is not limited to a certain aspect of the process (such as recording interrogation records, witness statements or compiling forensic analysis). Rather it happens in ‘every action and activity of official actors from the initial selection of the suspect to the final case disposition’ (The Case for the Prosecution 1992). The way in which the criminal cases are constructed can be constrained by due process principles and the moral integrity of the legal actors. When these mechanisms are missing, case construction may lead to oppressive police interrogations, overbearing prosecutorial behaviours, the courts’ unfair treatment between the prosecution and the defence, and marginalised defence opinions, all of which can redound to miscarriages of justice.

Many wrongful convictions in China came to light due to coincidences, for example, the supposedly deceased murder victim transpired to be alive, or the real perpetrator was apprehended and confessed to the misjudged crime.  Currently there is no effective mechanism in place to systematically and rigorously review cases that are potentially wrongly decided.  These cases are uncovered partly because of their newsworthiness and sensationalism.  There are a vast number of ‘ordinary’ cases which are treated in an equally unfair (if not worse) manner as those being reported.  These cases are deemed as ‘ordinary’ because they may not be interesting enough to attract the public, and therefore may never be reported by the media. They are sometimes considered less important because the suspect is not of significant social standing, or the offence does not carry a long-term imprisonment or the death penalty. Cases in which the judgments were based on precarious information (such as relying on unreliable evidence), but are devoid of serendipitous circumstances, are not serious enough or the media has no interest in reporting them, are less likely to be reopened and quashed. It may well be that the wrongful convictions that have been revealed are the tip of the iceberg – more injustice is yet to be seen, but most may never come to light. 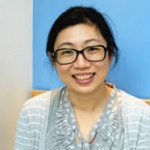 She is the author of The Construction of Guilt in China: An Empirical Account of Routine Chinese Injustice (2020) which won the 2020 Peter Birks Prize for Outstanding Legal Scholarship.