Forced technology transfers, trade imbalances, uneven market access, competing ideologies, state repression in Xinjiang and human rights abuses elsewhere. These are some of the issues that have put the European Union at odds with China – “an economic competitor in pursuit of technological leadership, and a systemic rival promoting alternative models of governance” according to a European Commission report released in March. Yet for Europe, China is still an important partner, a partnership that “is more important than ever before” in the words of Jean-Claude Juncker, President of the European Commission, at the 21st EU-China Summit in April.

Major disputes and differences between Brussels and Beijing notwithstanding, in particular a hardening of Franco-German positions lately, EU-China interests largely align on some of the more pressing Global issues today; climate change, multilateralism, rules-based trade and maintaining the 2015 Iran nuclear deal (JCPOA) to avoid another potential American-led war in the Middle East.

To conclude our interview, I spoke to Hong Kong based journalist, author and SOAS alumna, Ilaria Maria Sala, about some of the recent developments in EU-China relations.

(Aki Elborzi): In its 12th March 2019 report, ‘EU-China – A strategic outlook’, the European Commission branded China as both a “systemic rival” and as an “economic competitor”. How did China initially respond to this?

(Ilaria Maria Sala): Predictably, China didn’t take happily to being called a “systemic rival” and reacted by huffing and puffing – which seems to be its default reaction. It also kept its patronizing tone, by recommending that Europe uses the “correct attitude” and its usual “win-win” mantra. I suspect that to some extent China was also slightly surprised by the EU’s tougher stance, as the European block has been rather slow in changing its approach to Beijing, and had long been much more accommodating.

Did this designation have any influence on the proceedings and outcome of the 21st EU-China Summit on 9th April 2019?

It did. In particular in signalling to China that Europe has shifted its stance, and, in spite of how some member states have a tendency of undermining collective decisions, that it requires firmer commitments from China both on transparency and reciprocity. That said, the joint-statement was duly signed, which shows that whatever tensions there were got mostly ironed out, at least for the sake of the cameras. However, China in the past has not delivered on some of its promises to the EU, so whatever has been written down in the course of this summit will have to stand the test of time.

What were the main take-aways from the joint statement at the conclusion of April’s EU-China summit?

It will all boil down to the implementation. If you consider that China’s state media described the summit as a renewed commitment to respect UN rules, human rights and peace-keeping, it is both vague and outright grotesque, given the situation in Xinjiang. The EU may have obtained from China a promise to end enforced technology transfers, but will this happen? And if it doesn’t, will the EU companies operating in China admit to it, or will they fear repercussions? Also, while it is true that the EU has managed to obtain some reassurances about China’s acquisitions in Europe, the example of Italy (which has signed its support of the Belt and Road Initiative, in spite of Brussels’s explicit request not to) shows that one of Europe’s greatest weaknesses remains its internal division, which hampers efforts at enforcement of any agreement.

There appears to be an aligning, and hardening, of Franco-German positions and interests on European engagement with China, at both national and EU levels. Why is this?

I would say that this happens because, as China’s greatest European economic partners, Germany and France are those who have felt most keenly the lack of progress on transparency, reciprocity, and the end of practices like the above mentioned enforced technology transfers that have long irked Paris and Berlin. What this hardening shows, however, is that often China is still pragmatic when it comes to negotiating, in particular now that it has to also deal with a “Trade War” with the US. So it can back down from certain requests when it faces a more compact opposition.

One area where EU-China interests align is on the Iran nuclear deal and keeping Iran in the Joint Comprehensive Plan of Action (JCPOA). The US withdrew from the JCPOA in May 2018, and in April 2019, the US designated Iran’s Islamic Revolutionary Guard Corps (IRGC), a parallel military to Iran’s regular army, as a Foreign Terrorist Organisation (FTO), increasing the risk of war substantially. Could this latest move by the US bring the EU and China closer together in striving to keep the JCPOA alive and prevent a new war in the Middle East?

Pitted against Washington’s foreign policy and strategic goals, the EU might have some shared interests with China – something that has only increased under the Trump administration. On climate change, too, China and Europe seem to have quite a few ideas in common. If this could prevent a new war in the Middle East, however, remains at this point in time pure speculation: if the US is determined to push forward, what would the UK do? Will it again weaken the possibility of a European front? Of course, if this were to be the case, it would make China stronger, and make it look as a more responsible actor, one that refuses to stoke further tensions in the Middle East. Many other countries, not just in Europe, would find China’s position easier to accept than the American one. 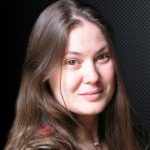 Ilaria Maria Sala (BA Chinese and Religious Studies, SOAS University of London) was born in Italy, grew up in Bologna and Florence, and now lives in Hong Kong where she is a journalist and writes about China. She is a winner of the Bruce Chatwin Award for travel literature for Il Dio dell’Asia: Religione e Politica in Oriente: Un Reportage, a book of travel features about religion. Ilaria is also the winner of two Human Rights Press Awards.