In recent years, debates on global and national security have to a large extent relied on reviving the political terminology introduced by the post-9/11 War on Terror. Discourses underpinning the American-led intervention in the Syrian Civil War and media coverage of the 2015-2017 terrorist attacks in Europe have further established the normative, limiting and often-biased language of ‘Counter-terrorism’. Along with general concerns over misinformation, the threat of ‘terrorist’ propaganda is also invoked to justify increasing securitisation of the Internet.

In this context, a number of stakeholders with various degrees of political involvement – including public institutions, law enforcement, tech companies and policy institutes – are offering to fund research and civil-society-led i 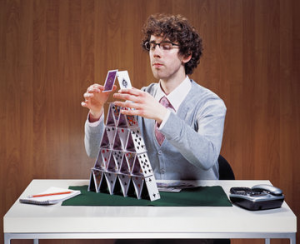 nitiatives. Academia and CSOs are then expected to engage with the sphere of policy and practice, which inevitably brings them to apply the conceptually weak frameworks of ‘extremism’ and ‘radicalisation’. These external stakeholders may very well be able to formulate alternative perspectives on issues of polarisation, sectarianism and inter-group conflicts. Yet their activity remains very much constrained by the imperative of impact, which, in this particular environment, requires them to deliver findings and outcomes specifically relevant to the agenda of ‘Preventing Violent Extremism(PVE)’.

This poses a number of critical questions about the role of the academic community, the preservation of its intellectual integrity, and the conflicting relationship between research ethics and impact. In many cases, academia finds itself competing with think tanks as well as public and private-sector practitioners to gain access to data, research tools and state-of-the-art technologies. This becomes even more complicated when the data in question is privacy-protected and/or considered as security-sensitive depending on jurisdictions and legal frameworks. As a result, social scientists interested in building empirically reliable critical theory lack the resources needed to develop fundamental research. On the contrary, non-academic stakeholders such as tech-companies, law enforcement and the military appear to have a monopoly on the collection and management of security-sensitive data for research purposes.

In fact, one could easily argue that researchers have sometimes no choice but to engage with this politicised community of practice to critically and empirically understand how the online space is being monitored in the name of ‘fighting extremism’. Most importantly, due to the imperative of impact, critiquing positivist approaches to ‘extremism’ can only be achieved if one’s alternatively-constructionist theory is considered as applicable in the sphere of policy and practice.

These are some of the dilemma I have addressed in a recent report covering my ethnography of the academic community researching online extremism (https://www.voxpol.eu/download/vox-pol_publication/Reconciling-Impact-and-Ethics.pdf). To a large extent, the challenges academia is now facing when having to reconcile ethics and the policy-driven consideration of impact introduces a broader reflection on its ability to contest and resist today’s dominant media and political narratives.