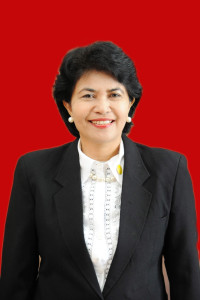 Prof. Dr. Dewi Anwar is a renowned  Indonesian academic and policy maker. She is a SOAS alumna and holds her BA Hons and MA from SOAS. Currently the Deputy for Government Policy Support to the Vice President of the Republic of Indonesia, Dewi is also a Research Professor and held the position of the Deputy Chairman for Social Sciences and Humanities at The Indonesian Institute of Sciences (LIPI) from 2001-2010. She is the current Chair of the Institute for Democracy and Human Rights at The Habibie Center, a member of the Governing Board of the Stockholm International Peace Research Institute (SIPRI) and a member of the Academic Advisory Board of the Community of Democracies.

“SOAS was more than just a place to study to me, it was more like a second home.” Dewi Anwar tells us about her time at SOAS.

Although both of Dewi’s parents worked at SOAS, at first she wasn’t keen to study at the School.

“I was very interested in studying history and literature at school. I studied English and European History as well as English Literature, so at first I did not even put SOAS down in my university application form.  Moreover, I wanted to study away from London so that I would not have to live at home.

“Both of my parents, however, convinced me to include SOAS in my application form, arguing that since so many people from all over the world come to study at SOAS it would be foolish of me not to do so.  In the end, I put SOAS fifth and last in my application form to do a B.A. in Oriental and African History.

“When I was called to do the interview I decided that I really wanted to study at SOAS after all.  Then I received an offer from SOAS before my A-Level exams and I decided to accept it without a second thought.  I have never regretted my choice.”

When recalling her time at SOAS, the friendly community feel was a highlight for Dewi.

“I was at SOAS for four years, first doing a B.A. and then an M.A.  I often travelled together with my parents by train from Mill Hill in North London to St. Pancras Station and back.  Many of my lecturers were friends and colleagues of my parents, so SOAS was both a very comfortable place as well as a rather constrictive one for me given its fairly small size.  It became like a small village where everyone knew what everyone else was doing. 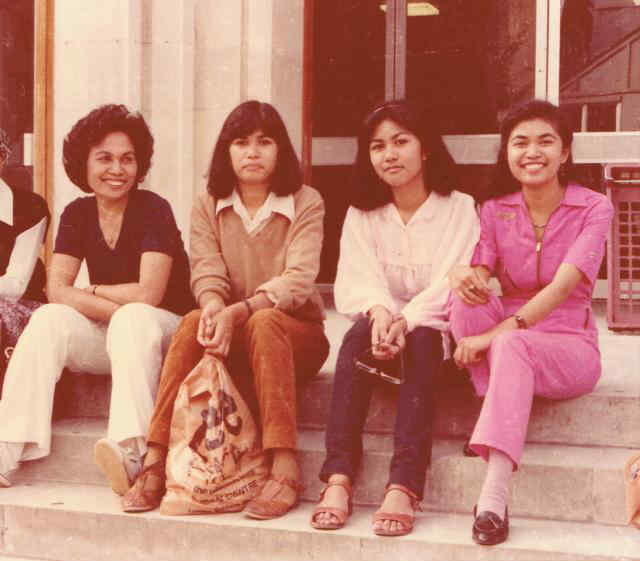 SOAS’ famous library features amongst Dewi’s best memories of her time at SOAS.

“I enjoyed all of my courses and the Library was simply marvellous.  When not busy reading for my essay assignments, I used to browse the book shelves and read wonderful folk tales from different countries.

“During the holiday I used to work in the Library doing various odd jobs, including working in the Cloak Room, cleaning book shelves or manning the check-out counters.  In this way I also made a lot of friends besides those with whom I shared classes. One of my most memorable experiences was when working to sort out the archive collection of old letters.  I spent many enjoyable hours reading letters written by missionaries from various exotic places around the world.”

A renowned research professor and policy advisor, Dewi studied for a BA Honours in Oriental and African History and an MA in South East Asian Area Studies at SOAS, majoring in Politics with minors in Social Anthropology and Economic Development. Her studies, she reflects, helped contribute to her long and successful career in academia and government.

“My study at SOAS gave me a strong grounding when I applied to become a researcher at the Indonesian Institute of Sciences (LIPI).  Because of my South East Asian studies background I was able to become involved in both the research on Indonesian politics as well as on ASEAN (Association of Southeast Asian Nations) regional political and security issues.  The courses I took on Islamic and Middle Eastern history also gave me a better understanding of the emerging issues relating to Islam and global politics. At LIPI I have reached the rank of Research Professor and served as Deputy Chairman for Social Sciences and Humanities from 2001to 2010.

“My academic works as well as my activities as a political analyst brought me public recognition and opened the door for me to work in the government, first as Assistant for Global Affairs to Vice President B.J. Habibie and later as Assistant State Secretary for Foreign Affairs as well as a Spokesperson to President. B.J. Habibie (1998-1999).  For the past five years I have served first as Deputy Secretary for Political Affairs to Vice President Boediono (2010-2014) and since then as Deputy for Government Policy Support to Vice President M. Jusuf Kalla.”

For current students aspiring to work in academia, Dewi advises that it is more a vocation than a career.

“A career in academia requires dedication and passion.  One does not become an academic to become wealthy or famous, but because one is genuinely interested in the pursuit of knowledge.

“In developing countries, however, it is often seen as a luxury to dedicate oneself to knowledge for knowledge sake when highly educated human resources are still limited.  In Indonesia a researcher is expected to provide solutions to current social, political and economic problems and at times can be invited to assist directly in designing and implementing policies. “

Dewi’s final advice is relevant for all students: “Whatever career paths one chooses to follow one can be successful as long as one is fully committed to do the best, remain professional and maintain one’s integrity.”

After reflecting on her time at the School, Dewi offers SOAS her congratulations on its Centenary and looks to SOAS’s role in the future.

“For the next 100 years I hope that SOAS will continue to be a centre of excellence that can attract students from all over the world to learn in-depth knowledge about the regions and countries in Africa and Asia with their different civilisations, religions and cultures.

“In an increasingly globalised world the movement of large numbers of people from one part of the globe to another has not only improved mutual understanding and respect but has also increased intolerance and xenophobia.

“SOAS can play an important role in educating current and future leaders about cultural diversity, multiculturalism and cosmopolitanism.”