Home/Uncategorized/Gilgamesh and SOAS: 30 years of scholarly contribution to the ‘world’s oldest story’

The Babylonian Epic of Gilgamesh is one of the masterpieces of world literature. Exploring mankind’s universal longing for immortality, the poem tells the story of a Babylonian hero’s quest for glory and flight from death.

The genesis of the story stretches back almost 4000 years, when an anonymous Babylonian poet composed the epic tale in the Akkadian language. Centuries of war, upheavals, , conquest and empire across the region we now know as Iraq and Syria led to a scattering of Babylonia’s art, culture and legacy; the Epic of Gilgamesh could have been lost forever.

But over the last 150 years, the poem has been painstakingly pieced back together, both through major discoveries, such as that of the 25,000 tablets uncovered by archaeologists at Nineveh near Mosul, to much smaller archaeological finds in Iraq and neighbouring countries.

During the past three decades, SOAS’ Professor Andrew George, who lectures in Babylonian, has made a singularly profound contribution to the rediscovery of the story of Gilgamesh.  From 1985 to 2001, he toured the museums of the world, gathering the sources for a new, comprehensive edition of the Babylonian poem from the original cuneiform tablets. 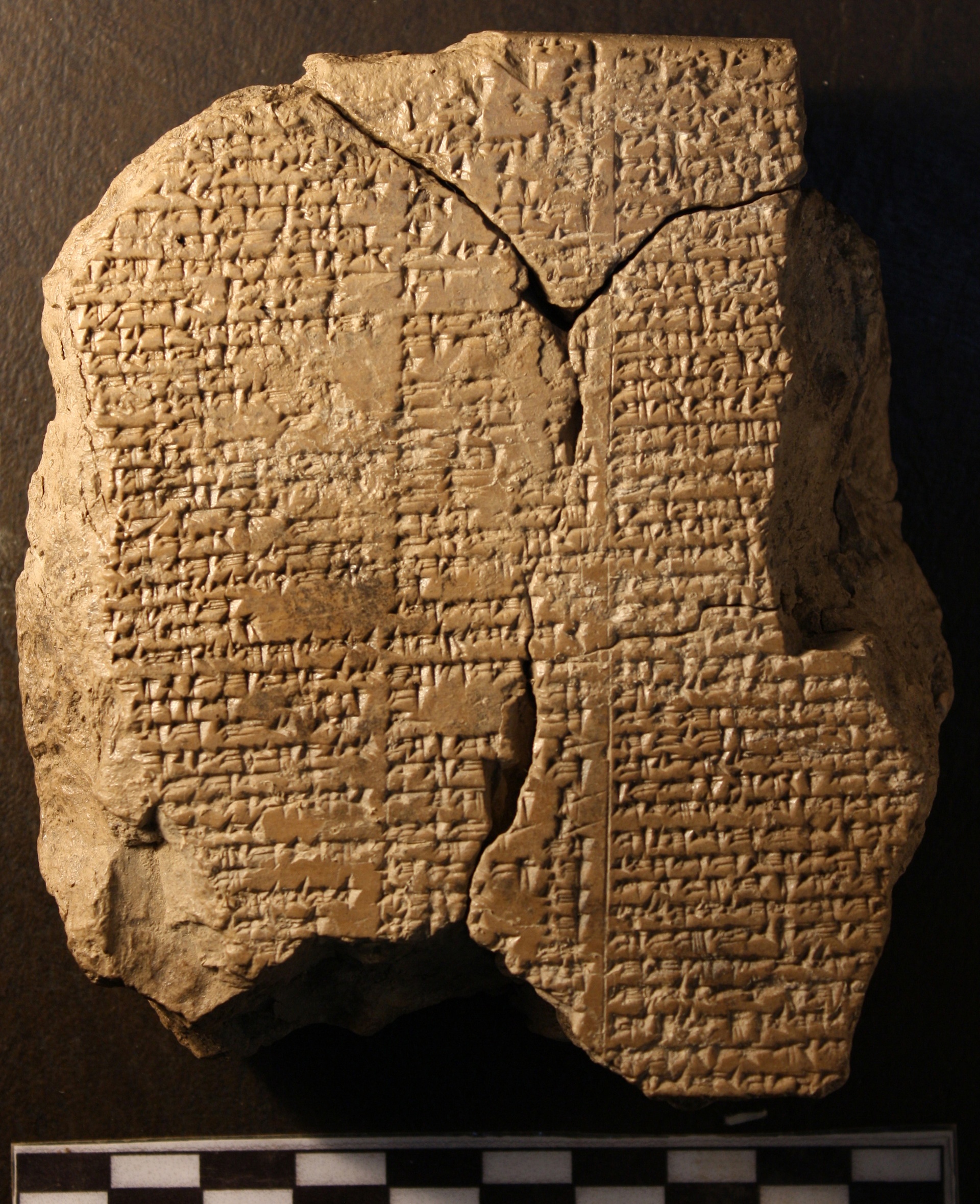 Professor George’s efforts culminated in the publication of the prize-winning Penguin Classics translation of the epic and related texts in 1999. Alongside the Babylonian poem, the Penguin Classic includes, for the first time in one place in English, the text of all the Sumerian poems about Gilgamesh.  Four years later came a definitive academic edition for Oxford University Press. Based on first-hand study of all the tablets, including many deciphered for the very first time, The Babylonian Gilgamesh Epic: Introduction, Critical Edition and Cuneiform Texts is the most complete and faithful rendering of the poem ever made, significantly improving on previous editions of the cuneiform text that were published in 1891 and 1930 respectively. The book includes extensive introductory chapters and commentary, and a facsimile of every cuneiform source.

Andrew George has also turned his translations into a dramatic text, which was staged for the first time in May 1999 in the Brunei Gallery Lecture Theatre at SOAS. Timothy West and Prunella Scales led a distinguished cast of readers.

Yet the story is still not complete.  Recently, a new piece of clay tablet which adds 20 previously unknown lines to the tale was discovered accidentally in a deal between a museum in Iraqi Kurdistan and a smuggler.

Farouk Al-Rawi, Professorial Research Associate in the Department of Languages and Cultures of the Near and Middle East at SOAS, was the first researcher to identify the significance of the find; he advised the Sulaymaniyah Museum to purchase the piece. He and Andrew George deciphered the tablet over four days in 2012 and published it in the Journal of Cuneiform Studies [link to http://eprints.soas.ac.uk/18512/].

The scholarship of professors Farouk Al-Rawi and Andrew George received extensive coverage through their research and translation of the new clay tablet, in outlets as diverse and wide-reaching as the Washington Post, The Times, Live Science and the Daily Mail. Professor George also published How looting in Iraq unearthed the treasures of Gilgamesh in Aeon.

The recovery of the Epic of Gilgamesh has so far taken a century and a half. It is still incomplete, but new finds of texts occur from time to time, and Andrew George is optimistic that one day the poem will stand entire once again. There is one necessary condition: that modern society continues to value the literary legacy of the Sumerians and Babylonians, and continues to sustain the tiny band of scholars who work on reconstructing the oldest literature in human history. Meanwhile, he knows of several more fragments of Gilgamesh awaiting decipherment and publication after 3000 years of oblivion. Life is never dull for an Assyriologist.