This week, Dr Peter Flugel, Reader in the Study of Religions, talks about the journey of the study of Jainism, and how SOAS has played a key role in the development of this field of study.

Research in Jainism has a long tradition at SOAS. It is associated with eminent Indologists such as A.L. Basham, D. Derrett, P.S. Jaini, R. Williams and J.C. Wright, who during their spells at SOAS published extensively in the field of Jaina studies. Yet, until recently, Jainism was never taught at SOAS nor anywhere else outside India. Interested students had to turn to general courses on Indic religions or advanced classes in Sanskrit, Pali, Prakrit, Hindi or Gujarati to gain a glimpse of the rich Jain cultural tradition.[1] This unsatisfactory situation began to be redressed in 1999 when Jaina Studies was launched as an independent field of inquiry in the newly formed Department of the Study of Religions. The initiative was inspired by the late Dr Julia Leslie (1948–2004) and rendered viable through seed funding from the Jain Academy (a Jain community organization in London) for the teaching of two courses on Jainism. For some time, Julia Leslie had invited visiting Jain samaṇīs and samaṇs (neophyte nuns and monks) to give guest lectures to her classes on Hinduism (sic) and nurtured relationships with the growing Jain communities in London. 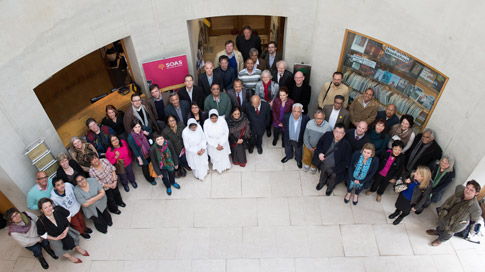 At the time, Jaina studies were still in the early stages of their transformation from a purely philological and archaeological endeavour to the multidisciplinary exploration of a lived religious tradition, which it is now. The changes were triggered by a series of field studies in the 1980s and 1990s, which contributed not only to Indology and comparative religion but also to anthropology, art history, history, linguistics, and to cross-disciplinary fields such as gender studies and diaspora studies. The new focus on contemporary Jainism also injected a breath of fresh air into the then stagnant and inaccessible academic sub-discipline, Jainology and Prakrit studies, and attracted a new generation of students to the then largely unexplored but now rapidly developing multidisciplinary field of Jaina studies.

Scholars at the University of Cambridge played a central role in these new developments, together with their counterparts at the Divinity School at Harvard and the CNRS in Paris. Despite the brilliance of the pioneering research, these efforts had no lasting structural effects on the field as a whole, which remains fragmented and discontinuous due to the lack of an institutional base. 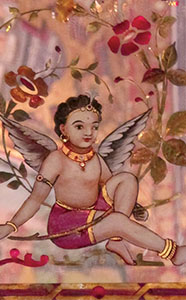 From 1999 onwards SOAS took the lead in the field through infrastructural innovations that culminated in the establishment of the Centre of Jaina Studies in 2004. This centre offers, for the first time, the prospect of a stable anchor and forum for the global network of Jain scholars collaboratively to develop Jaina studies as an independent interdisciplinary field of inquiry. The initiatives were financed almost entirely through successful bids for competitive research grants, notably the AHRB/AHRC funded projects on Jaina law and the Jaina community in India and Britain, Jaina Rituals of Death, and the Leverhulme Trust funded project on Johannes Klatt’s Jaina Onomasticon. This reflects not only the quality of the applications but also the growing academic and public interest in Jainism, which is one of the least studied of the ancient Indian religions.

Highly specialized fields in the arts and humanities such as Jaina studies can survive in the current economic climate only if previously isolated researchers create regional and global networks to strengthen their voice and to bid collaboratively for research funds. At present, SOAS is one of the best placed institutions, maybe the only one outside India, to turn this strategic necessity into sustainable reality without further infrastructural investments.

This fact is widely recognized, both in academic circles and within the global Jain community. Within a short period of time SOAS became one of the most important venues for Jaina studies in the world, due to its international Annual Jaina Studies Workshop, now a fixture in the academic calendar, and its three specialised publications: Jaina Studies – Newsletter of the Centre of Jaina Studies, International Journal for Jaina Studies (Online & Print), and the monograph series Routledge Advances in Jaina Studies.The CoJS now functions as a central node for multiple collaborations with scholars in Britain and North America and within the European Network of Jaina Studies, which was established at SOAS in November 2004, with the Society for Jaina Studies in Kyoto and a great number of universities and Jain research centres in India, such as the American Institute of Indian Studies in Gurgaon, the P.V. Institute in Varanasi, the L.D. Institute in Ahmedabad, the Jain Vishva Bharati Institute in Ladnun, and the B.L. Institute in Delhi. Jain scholars and members of general public with an interest in Jainism from all over the world drift naturally towards SOAS as a gateway to the unique and vast resources in the museums, archives and libraries of London.

Painting of a Mūrtipūjaka Śvetāmbara yati or lay-person in white clothes with shoes, a book and a walking stick and a Sthānakavāsī Śvetāmbara monk India, 19th century; Watercolour with gouache, 10 x 22.7 cm; Iconographic Collection Wellcome Library no. 576315i © Wellcome Library, London

Yet, the recent successes of SOAS in the field of Jaina studies would not have been possible without the local presence and the global connections of the London Jain community, which is the largest outside India and strongly supportive of the Centre of Jaina Studies. It is a paradigmatic example of how links between academic institutions and religious communities can stimulate interest in the study and research of small but significant academic fields of study that are endangered by changing policies of government funding.