Lao She inspired me greatly

Home/1920s, Leading voices, The World at SOAS, Themes, What SOAS means to you/Lao She inspired me greatly

Lao She inspired me greatly

In this post, Dr Cui Yan of the Department of China and Inner Asia, shares her thoughts on Lao She, one of the first teachers of Chinese outside of China, and his legacy at SOAS…

Lao She, a Beijing native and a Chinese language master, came to SOS (SOAS) to teach Mandarin in 1924 and worked here for five years. During his life, Lao She made great contributions to the development of modern Chinese as well as in the fields of teaching Chinese as a foreign language and modern Chinese literature. I have been much inspired by Lao She and his works, especially by his work and study ethic. 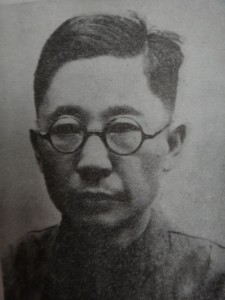 Lao She made significant contributions as both a linguist and writer

I came to SOAS to teach Mandarin in 1994, seventy years later than Lao She. While I was teaching modern Chinese as a foreign language in the East Asia Department (Department of China and Inner Asia), I started to carry out my research on Lao She and his works very carefully and systematically, particularly focusing on his literary language. For this research, I was awarded a PhD by the University of London in 2009.

I feel that I am lucky to continue the work which Lao She did at SOAS those many years ago. I am from Beijing and I lived not far away from where Lao She was born and lived before. When I was a pupil at primary school in Beijing, as a part of my education, the school arranged for us to go to the cinema regularly. After seeing a film which was based on the works of Lao She, his name has been imprinted on my mind. 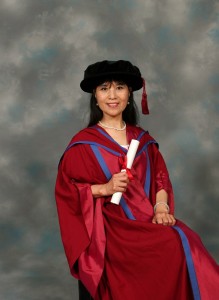 Lao She’s personality made him very popular and his literary language in his writings was excellent: vivid, witty with a sense of humor and satirical characteristics. The language he used in his writings is considered to be a standard for modern Chinese. All of these factors are the reasons why many of his works have been selected to be used as Chinese teaching materials in universities and schools both inside and outside China for Chinese native speakers and for speakers of other languages.

As a result of my research and also because I was inspired and influenced by Lao She’s works and his literary language, in 2008 I created a course entitled: Styles of Modern Chinese Literary Language, which has been running successfully. Our SOAS students who learn modern Chinese in this course have been indirectly much benefited to a considerable extent by my research on the style of Lao She’s literary language. 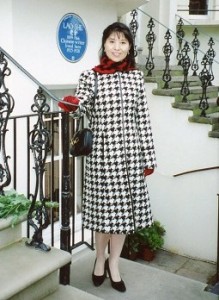 Dr Cui Yan beside Lao She's blue plaque at the house where he lived in Notting Hill, London