I graduated in African studies (Hausa and social anthropology) in 1968. When interviewed, I was told that there was a place on the Hausa programme, a language I knew next to nothing about – pure chance! I subsequently travelled to northern Nigeria to conduct my anthropology research, and this also enabled me to learn more about the rich history of the Hausa people and the complexities of their language. Whilst in Nigeria I developed a “bug” for linguistics, and made a number of lifelong friends.

My association with SOAS has spanned many years, both as a student and teacher, and, though somewhat clichéd, what makes the School so attractive and special is the quite remarkable diversity of people and (often unique) academic subjects, a feature that is highlighted when we visit other university campuses.

One of my proudest moments was when I organised a tribute to the great African-American Paul Robeson in 2006, one of the School’s finest alumni. A plaque was unveiled in his honour, and is now displayed on the first floor. 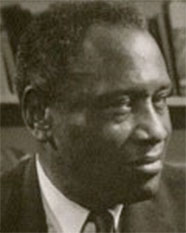 Robeson (1898-1976) was a leading anti-racism campaigner and human rights activist in the 1930s and 1940s in the US, and identified with victims of tyranny and oppression around the world. He was a forerunner of black consciousness and awareness and the first African-American to insist on playing dignified roles in films. He was also one of the world’s leading bass-baritone concert singers of his era, as well as an internationally acclaimed actor and orator.

Robeson lived in London with his family throughout the 1930s, and in 1934 registered at SOAS for classes in Swahili and phonetics. It was a great privilege to have as our guest speaker the late Tony Benn, former cabinet minister and Labour MP, and also Sir Willard White, one of the leading bass-baritones in the world, who joined us and sang the iconic song “Ol’ Man River”. The tribute is available on YouTube 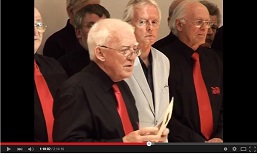 What does SOAS mean to you? Whether you completed your PhD here, were one of the first students to study a particular discipline or have seen the School evolve over the years, submit your story to timeline@soas.ac.uk to be featured on this blog.