This week’s blog looks ahead to the bicentenary of the arrival of the Christian gospel in the Cook Islands which will take place in October 2021, and the instrumental and largely forgotten role of indigenous Cook Islanders in the evangelisation of the region from the early 19th century. New research is rediscovering the histories of these men and women, highlighting their personal commitment to what began as a foreign mission in the Pacific islands by the London Missionary Society. In the lead-up to the bicentenary we will be looking at some of these individuals and the evidence of their lives that can be found in missionary archives. 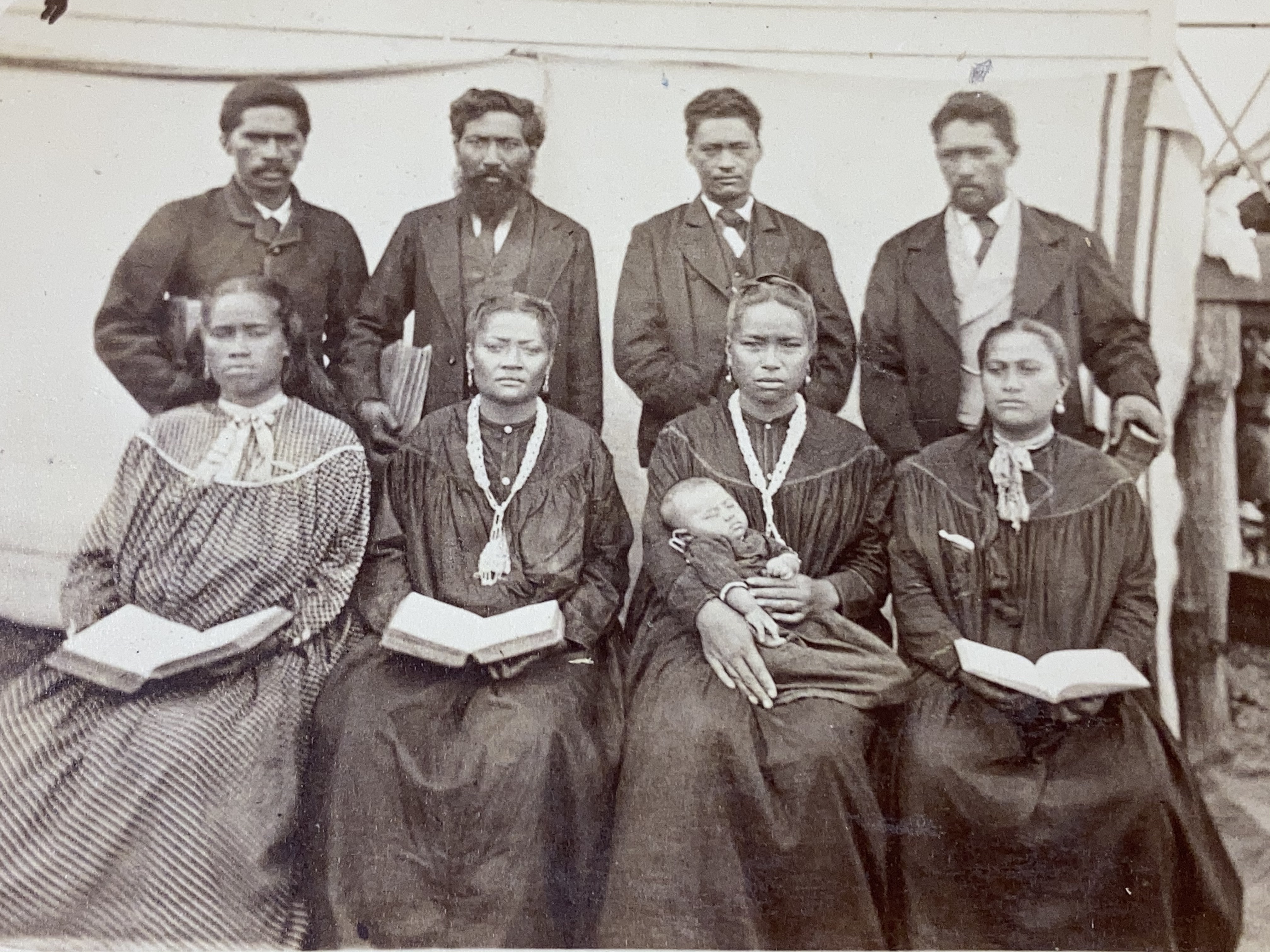 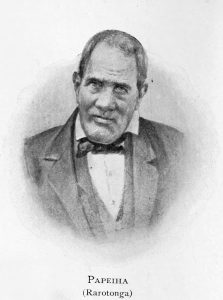 The first British missionary to the Cook Islands, John Williams (1796-1839), landed on Aitutaki in October 1821, thereby establishing the beginnings of a Christian mission in the region. Significantly, Williams was accompanied by Papeiha (d. 25 May 1867), a Tahitian convert and evangelist who had trained with Williams in Raiatea. Papeiha and other Tahitian evangelists were instrumental in the conversion of Aitutaki, Rarotonga and the remaining Cook Islands to Christianity. The archive of the London Missionary Society (LMS) held by SOAS Special Collections, documents this history and includes a journal by John Williams, comprising an account of the “complete overthrow of idolatry on the island of Aitutake” as told to him by Papeiha (1821-1822).

In the decades that followed, a significant number of Cook Islanders converted to Christianity and became missionaries  (often called ‘native teachers’ by the missionary society), many training at  the Takamoa Theological Seminary (established in Rarotonga 1839). Under the auspices of the LMS, it was these men and women who were responsible for extending the work of the mission in the region, travelling to Samoa, the Loyalty Islands (New Caledonia) and the New Hebrides (Vanuatu). The LMS arrived in Papua New Guinea in 1872, and Cook islanders were stationed along the southern coasts until 1915. In essence, Cook Islanders were the missionary pioneers into the Pacific region. They formed a bridge of contact between other Pacific peoples and European missionaries, as they lived among and evangelised the local people. This often came at a huge personal cost with many men and their wives and families lost to sickness and death. 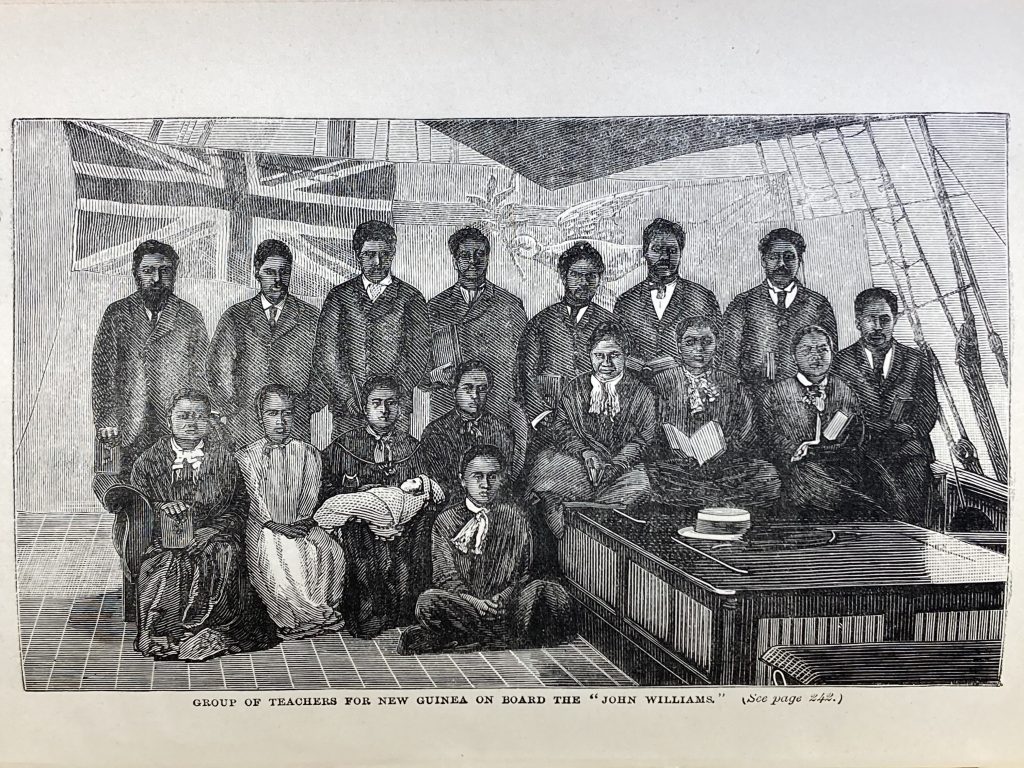 The departure of a ‘Group of teachers for New Guinea on board the “John Williams”’, as reported in the London Missionary Society Chronicle, July 1882

While their contributions are widely respected and honoured by those respective island countries, many of the records originally held in the region have sadly not survived. Recent research by Wendy Rowan (see credits below) in the lead-up to the bicentenary, has uncovered material in archives held in Australia that give us glimpses into these largely lost and hidden histories of Cook Islanders, such as Ruatoka (1846?-1903), a pioneering missionary to Papua New Guinea and graduate of the Takamoa Theological Seminary. Published letters and articles found in magazines and reports of the LMS, in addition to letters and photographs in the archives at SOAS Library, illuminate these life stories and help us to reclaim them from colonial collections that are otherwise focused largely on the work and lives of the white European missionaries employed by the Society. 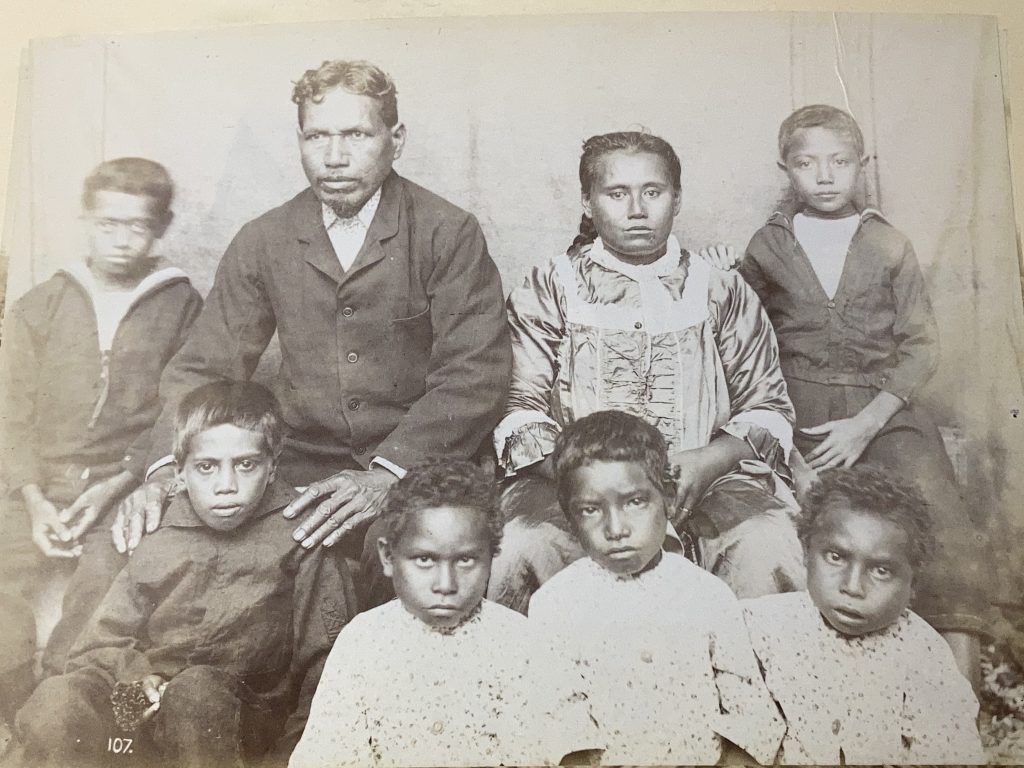 In 1965 the LMS operations ended in the country, heralding the creation of the Cook Islands Christian Church (CICC), which assumed the management of church activities formerly performed by the missionary society. The CICC now owns and operates Takamoa Theological College, one of the oldest theological colleges in the South Pacific. Bicentenary celebrations will be led by the CICC and will be a time to celebrate the work of over 250 Cook Islander missionaries. 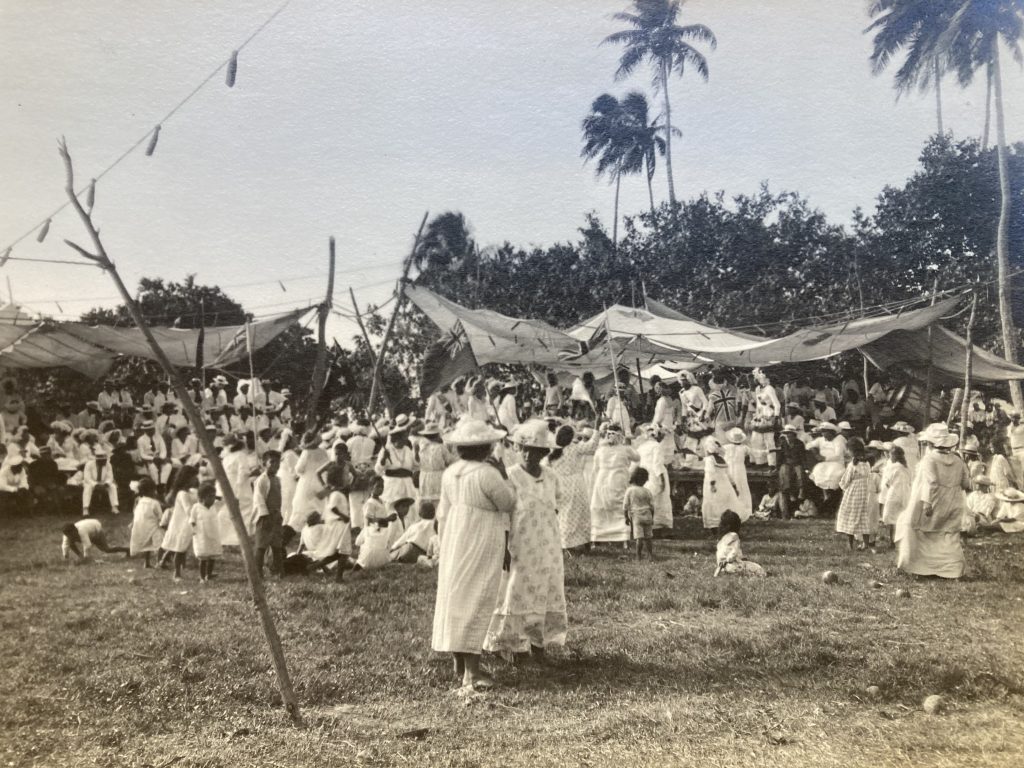 This piece originates in correspondence with Wendy Rowan, a dairy farmer’s wife and teacher for over 40 years, living in Cobram, Northern Victoria, Australia. Wendy’s father and uncle served in the South Pacific as missionaries and Wendy has been involved in many short-term missions in Africa and India, and has travelled widely in the Pacific area. Her interest in Cook Islanders began 10 years ago at a memorial stone to these missionaries in front of Takamoa Theological College, Rarotonga, and upon discovering that many of the local historical records had been destroyed. During that time she has travelled and researched extensively in Australian archives to uncover what she could of their lives. Individual histories uncovered include those of Piri, Ruatoka and Maka, who worked with the New Guinea mission, as well as countless women whose names were often omitted from the record. We will be returning to these stories in this blog series. Wendy has published two books (detailed below) on her findings, with fellow editor, Robert Evans. These are aimed at the families of Cook islanders with mission ancestry, and have been compiled for the bicentenary.

The Rev Robert Evans is a retired Uniting Church minister, ordained in NSW in 1967, and is the publisher of numerous books on Revivals in Australia, New Zealand, Samoa and Tonga. He also received an AOM for his contribution to astronomy in Australia. He lives in the Blue Mountains, near Sydney NSW.