Valentine’s Day in the Archive

Valentine’s Day in the Archive

Our collections at SOAS Archives reflect the British interaction with Africa and Asia over the last 250 years and include the papers of missionary societies, NGOs and campaign groups, and business organisations. Not where you would expect to find tales of love, perhaps, but every Archive has its romances and Valentine’s Day seems to be a good day to share a few!

Voices of those in our Archive who travelled and explored Asia and Africa often did so as husband and wife, as is commonly the case with Missionary families, and always took notes, sketches and photographs of the different cultures and unfamiliar environments that they found there. In reading the reports and letters they sent home, retelling the stories they saw and heard as missionaries, diplomats or academics, ceremony and marriage appears again and again.

One such traveller, Christoph von Fürer-Haimendorf (1909-1995), an anthropologist from the University of Vienna, first went to the Naga Hills in north-east India in 1936 and then travelled across India and Nepal for the next 40 years. His extensive collection of photos captures relationships, weddings and romances between people he met along the way. This wedding of this couple in Kathmandu in the 1950s, for example, sits in our collection alongside many more.

Victorian Tea Merchant, John Charles Oswald, travelled from Croydon to China for business and took a vast number of photographs whilst he was there. In Fuzhou at the end of the 19th century his pictures include a Chinese wedding procession and that of the marriage of his friend Mr Woodley to Miss Warren.

All cultures seem to share storytelling as a way to capture, learn and share histories, lessons and dreams, and who doesn’t enjoy a romance?! Christoph von Fürer-Haimendorf explains how on his travels he noticed this unusual structure in the forest en route to Chakhabama, India:

He was told that it marked a man’s grave, and that each of the 62 small monoliths upon it represented the interred man’s impressive 62 love affairs!

One of our most aesthetically beautiful collections is a series of Chinese woodblock prints and this one, hand-finished in gold, also tells a love story. It depicts the Romance of Patriarch Yang, a popular adaptation of an account in the annals of the Northern Song dynasty (960-1127). 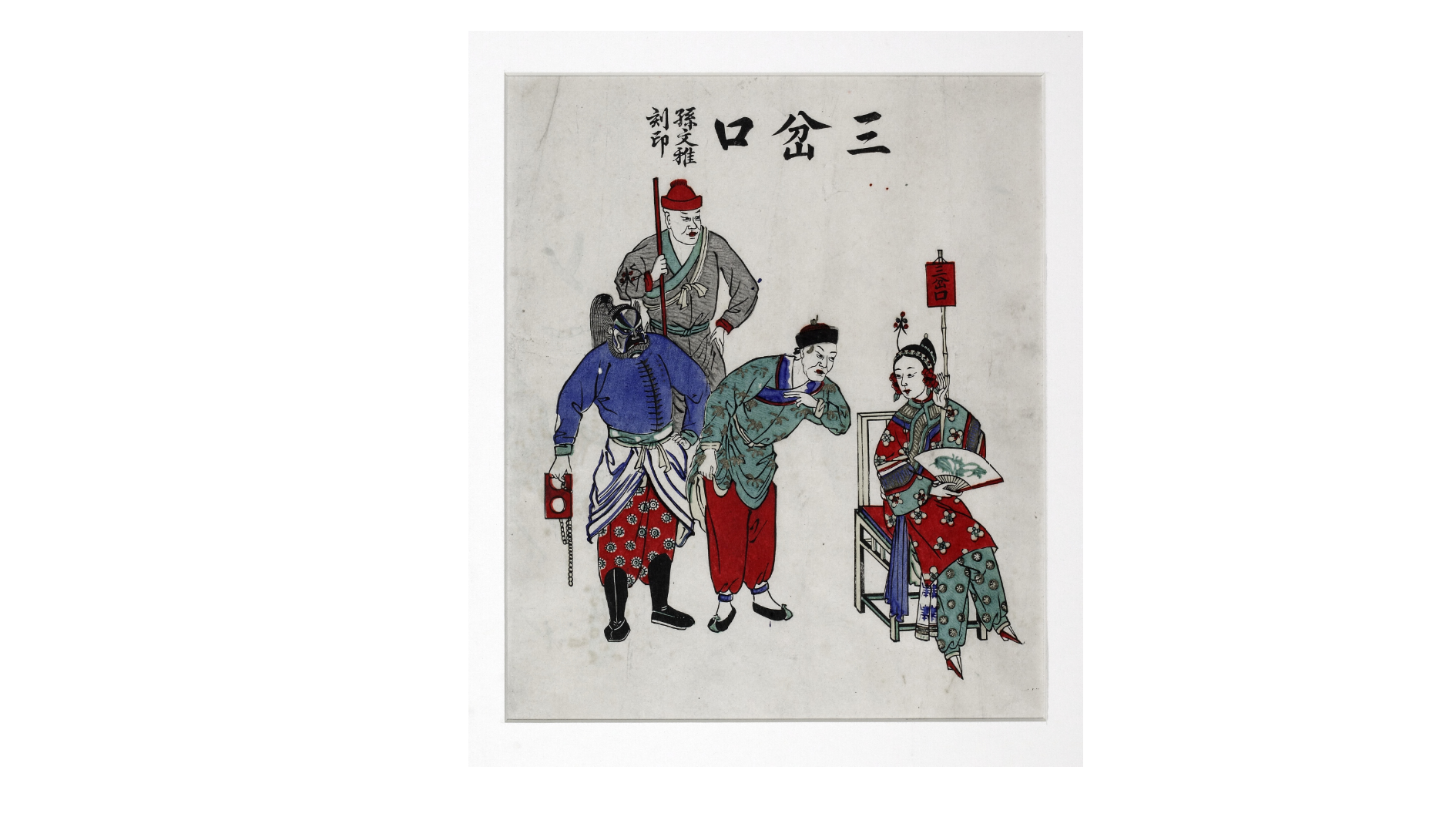 The scene above is from a story which tells how Jiao Zan, the heroine, has killed Xie Jinwu, Wang Qinruo’s son-in-law, and so is sentenced to forced labour in exile. Yang Tingzhao orders Ren Tanghui to secretly protect Jiao Zan, but when she arrives at the Three Roads Junction she seeks lodgings in an inn where the sinister innkeeper and his wife plot to kill her! Ren Tanghui hurries to her aid and as the men struggle in the dark, Liu is finally killed and Jiao Zan is saved. The story is still told in operatic performances today.

Even in the records of business we can get a snapshot into relationships, good and bad, practical and romantic. The archive of John Swire & Sons contains unusually complete correspondence sets, which reveal as much about society as they do decision-making. Nothing spells out romance like this letter from John Samuel Swire, ‘The Senior’, to one of his managers. In it he exclaims, ‘There appears to be Matrimonial insanity in the house – why can’t M[ackintosh] take Miss Robinson, Scott’s old flame? She’s on the spot.’ 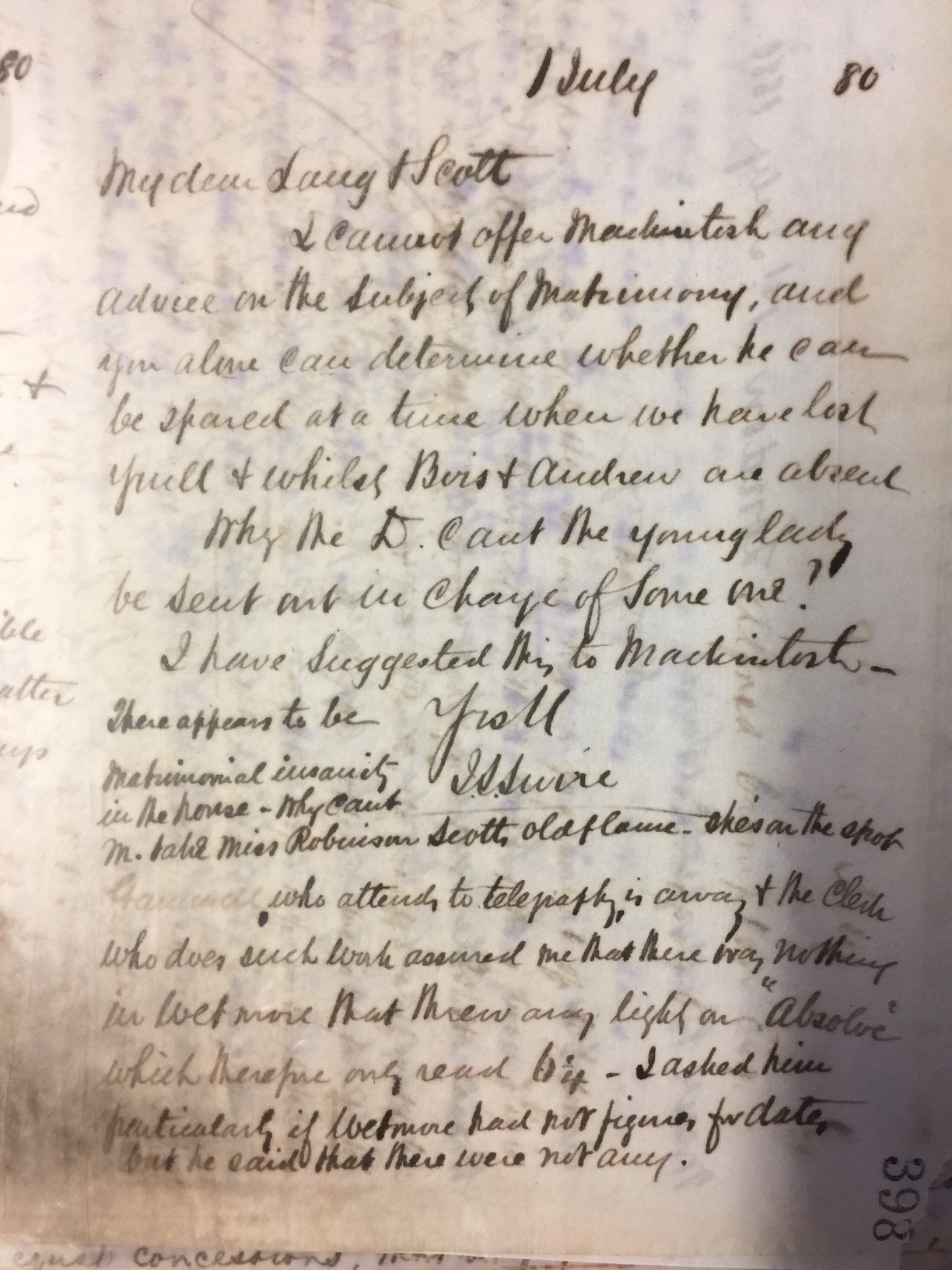 But then Swire were not known for their sentimentality. Like many other contemporaries, Swire wrote into employee terms of employment that, ‘while the Firm does not make it a condition that a man should remain single, should they choose to get married within their first contract, they would receive no additional allowance’, as other married men would. Quite a strong incentive to remain a bachelor! 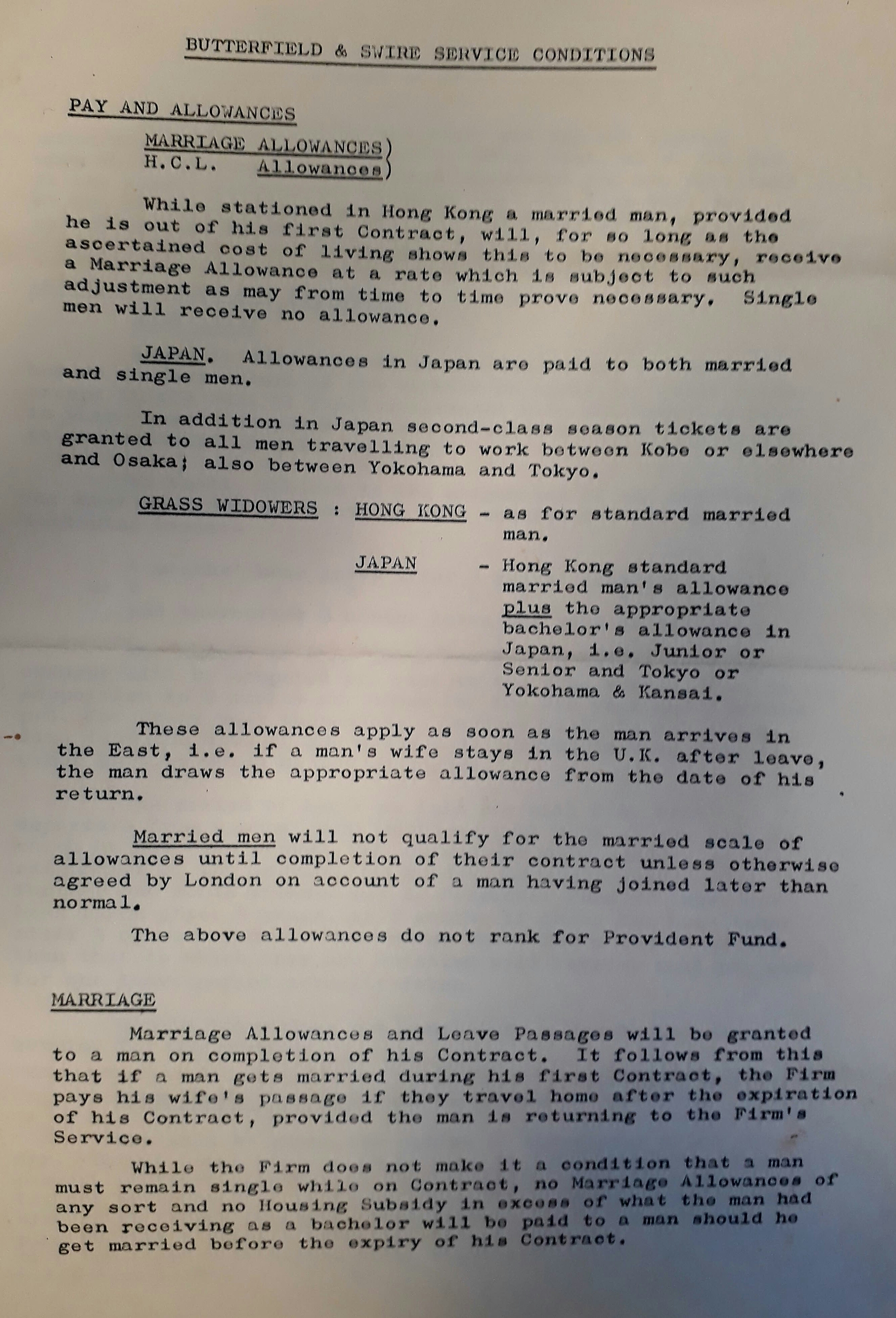 Finally and most genuinely touching is an entry in the diary kept by Frank Hastings Fisher whilst interned at Swire’s sugar refinery in Hong Kong during the Second World War. Each brief entry is penned as if a letter to his wife, who was many miles away in England:

Today we’ve been married 25 years – to have to spend this Anniversary here is not what I would wish… I can remember this day 25 years ago clearly and it’s a lovely remembrance. JSS/12/1/26