This week’s blog looks at one of SOAS Library’s most treasured manuscripts, Chōsen shisetsu gyōretsu zukan or Procession of Korean Ambassadors, currently on display at the School’s Brunei Gallery. It also features on an episode of the BBC Antiques Roadshow, hosted from the University of London’s Senate House, which screened on Sunday 22nd October 2017 – part of the School’s Centenary celebrations. 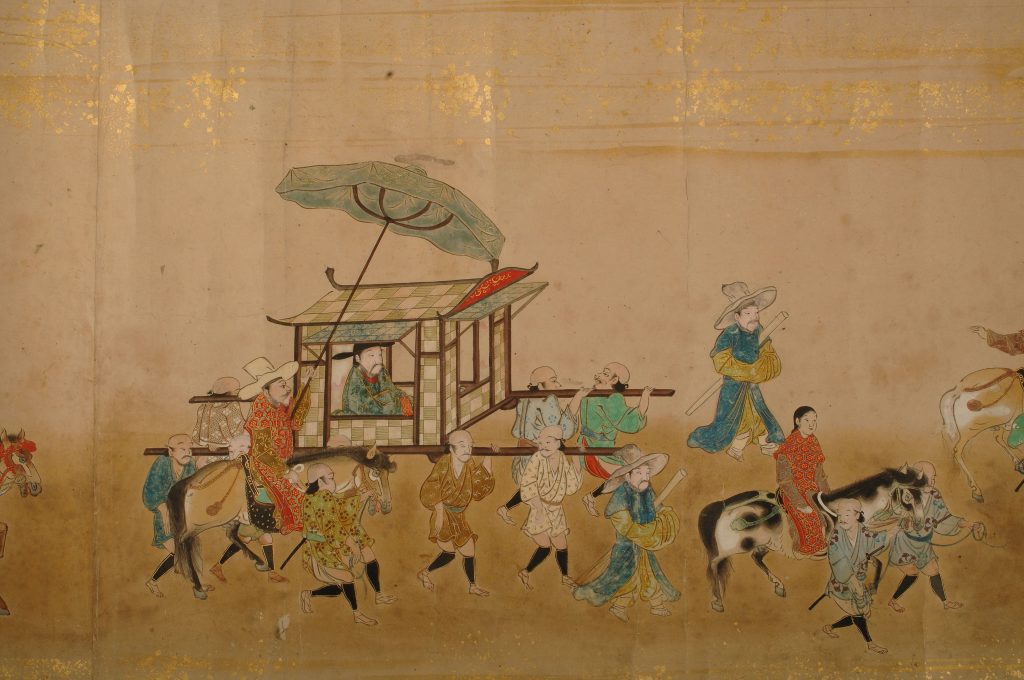 This handscroll painting, over 12 metres in length, captures the pageantry surrounding a Korean delegation to Japan, known as Tongsinsa (통신사), in the mid 17th century. Delegations were periodically dispatched from Joseon Korea to Tsushima in southern Japan, and would go with samurai escorts by sea to Osaka and thence along the Tokaido (Eastern Seacoast Highway) to Edo, for an audience with the shogun. The procession typically included three ambassadors with a large entourage of guards, scholars, musicians and entertainers, many on horseback. This work is traditionally attributed to Kanō Tōun Masunobu (1625-94), who was commissioned to make a folding screen with scenes of the 1655 delegation. It seems more likely, however, that this scroll was created by local artists commissioned by the daimyo (military chieftain) of the Tsushima clan, also probably in connection with the 1655 visit of Korean ambassadors. The scroll was purchased by SOAS in 1950. 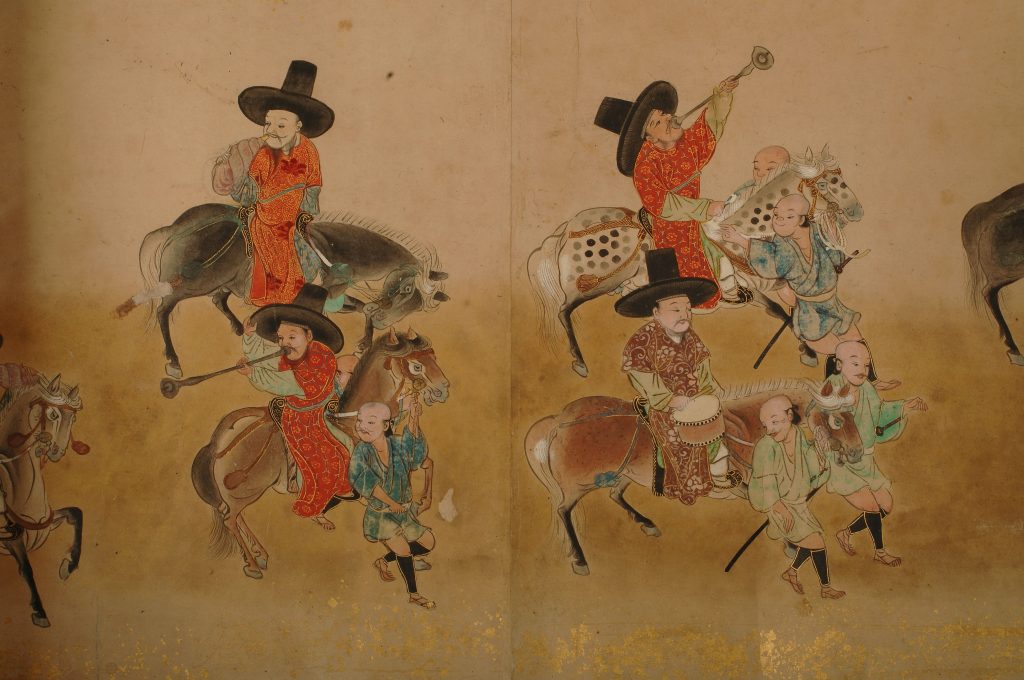 As the scroll is quite large and fragile access to the original is restricted and researchers are asked to consult the digital version which is available to through the SOAS Digital Library. This includes a digital view of the entire scroll and also by segment.
Asian artJapanmanuscripts
Share this Post: