This week’s blog looks at the papers of David Storm Rice’s excavations at Harran, Turkey. Rice, a SOAS academic, made four expeditions to Harran in the 1950s. Each expedition is represented in the archive, which includes notes, photographs, drawings, and correspondence made in the field, documenting not only Rice’s findings but also the practical side of organising an archaeological dig. 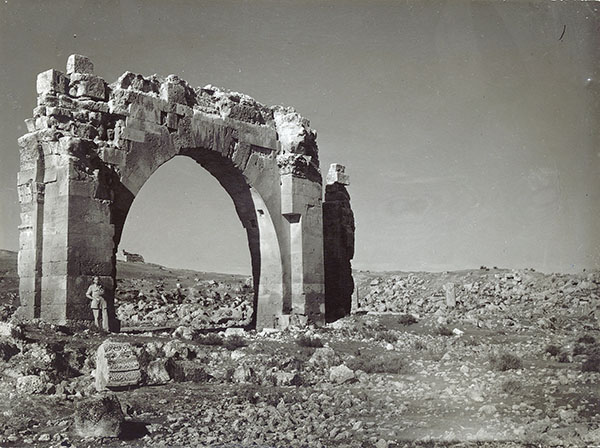 Harran is in south-east Turkey, not far from Urfa and the Syrian border. Ancient walls enclose a site of a square mile, including the ruins of a citadel and a mosque. Rice argued that its ancient name meant ‘road’, reflecting its location on trade routes which made it a significant city in the region. As well as a centre for trade, Harran was known for its temple to the moon god Sin from around 2000 BC. It was on his way to worship at Harran, then known as Carrhae, that the Roman Emperor Caracalla was assassinated. Worship of Sin continued into the Islamic period, when Harran was also known for its university. Harran, whose fortunes had risen and fallen with those of the region’s many competing dynasties and empires, declined terminally after its destruction by Mongol forces in 1260 AD. 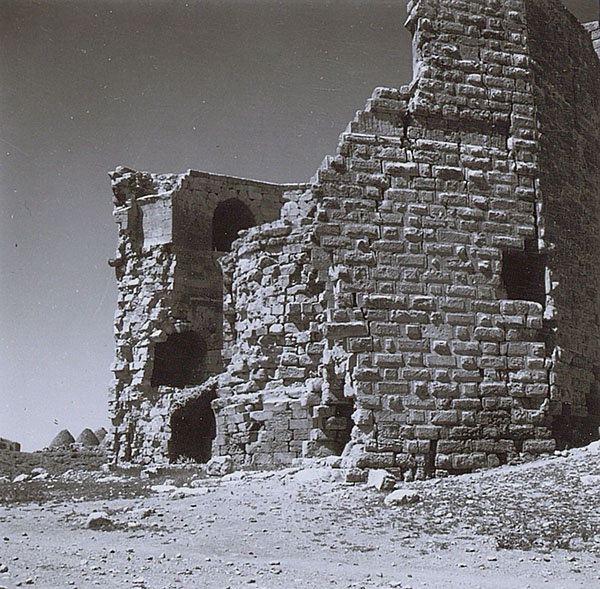 Rice made his first expedition to Harran in 1951. The site had been surveyed the previous year by Seton Lloyd, director of the British Institute at Ankara, and William Brice, who had drawn a site plan and worked on the citadel. Much of this first expedition was spent working on an inscription found near the citadel’s south east gate. Searching for fragments of the inscription, Rice ended up partially excavating the gateway, uncovering a horseshoe arch featuring reliefs of hunting dogs. Fragments of sculptures of birds were found, thought originally to have decorated the gateway. Reliefs of lions had earlier been found in the vicinity, by Seton Lloyd the previous year and by T. E. Lawrence in 1911. Rice reconstructed the inscription, having found 11 fragments by the gate and a further fragment incorporated into a modern bee hive hut. It dated from 1059 AD and gave the names and titles of Mani’ ibn Shabib, the Numayrid emir of Harran. 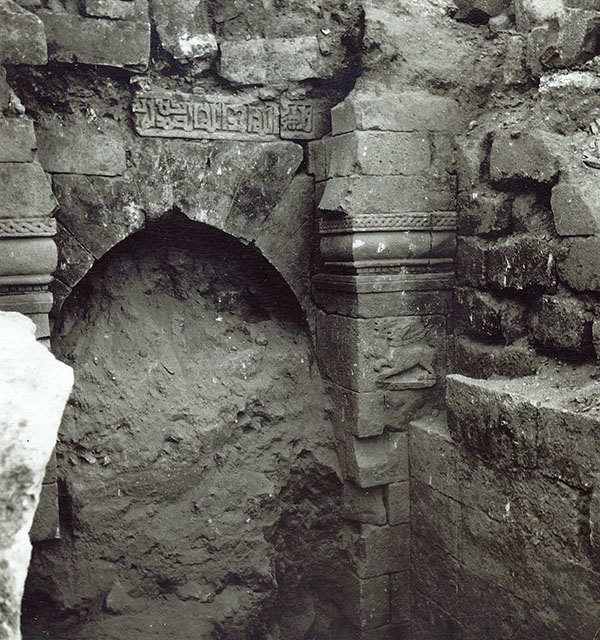 In 1952 Rice began work on the Great Mosque, which continued through the expeditions of 1956 and 1959. Building work on the mosque had been started in the mid-eighth century AD and it was completed in the early twelfth century AD. Rice’s findings included an ablution basin in the centre of the courtyard, fed from cisterns by pipes that were still undamaged in 1952, and a private door connecting the mosque with the neighbouring palace. 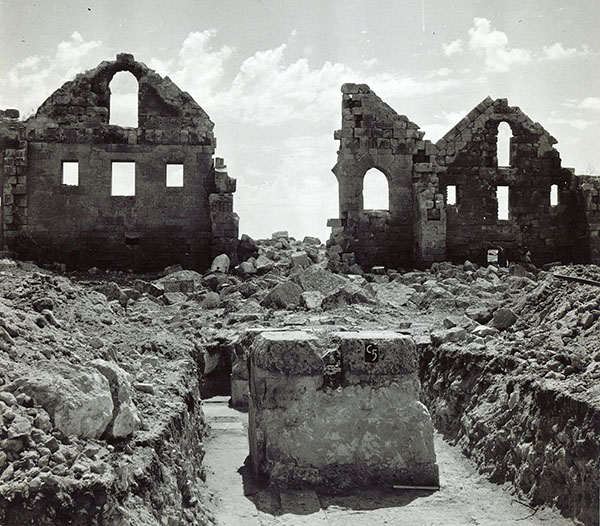 Rice continued work on the mosque in 1956. While excavating the north, east, and west entrances Rice found three large stelae, one placed face down in each entrance. Two, almost identical, were by the Bablyonian King Nabonidus (556-539 BC), and tell of his rebuilding of the temple of Sin at Harran. The third was by Nabonidus’ mother, priestess of Sin. A fourth stele, matching the third, had been found at nearby Eski Harran by Henri Pognon in 1906. The finds confirmed that the site was that of the ancient Harran. 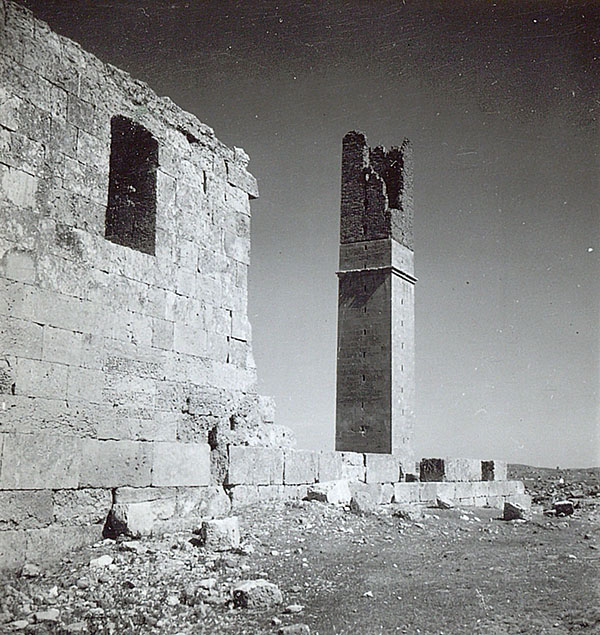 The final 1959 excavations established completely the plan of the Great Mosque and its ornamentation. Rice also cleared a road leading to the mosque, revealing rows of shops and a lower street for pack animals. A statue of a warrior from the late second/early third century AD was recovered from the city wall, where it had been used as building material. A 14m deep trench gave detail on the periods of occupation at Harran, including finds from the medieval period to the Bronze Age.

The Papers of Professor David Storm Rice relating to the Harran Excavation (MS 380755) are now available for consultation in the Special Collections Reading Room.