This week we continue our series of posts celebrating the bicentenary of John Swire & Sons by taking a look at the iconic Taikoo Sugar Refinery. 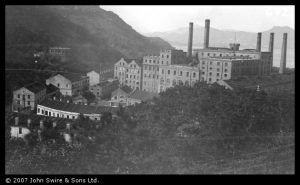 Established by John Samuel Swire in 1881 in direct competition to Jardine, Matheson & Co who already owned a refinery, the Taikoo Sugar Refinery in Hong Kong soon became the world’s largest and most sophisticated plant in its day.

Butterfield and Swire, Hong Kong were appointed as managers and General Agents and were responsible for the overall management and purchase of raw sugars and the selling and distribution of the finished products. The Refinery began production in 1884 supplying China and Japan (and for a time Australia, India and California) with a wide range of sugar products including refined sugar, powdered sugar and other sugar products such as brown sugar, syrup and treacle. 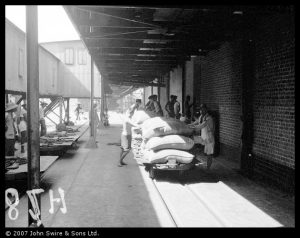 Over the next 40 years the refinery grew to be the largest refinery in the world, despite a period of difficulties in the 1920s which saw the Refinery faced with a strike in 1923, poor markets in 1924 and a three-month boycott in 1925. The Refinery continued to enjoy commercial success until the Second World War. In December 1941 Hong Kong fell to the Japanese and production ceased until the plant was returned to John Swire & Sons  in the autumn of 1945. 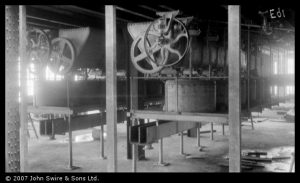 The Refinery comprised much more than just the industrial buildings, machinery and warehouses required for the production and sale of sugar products: it was constructed as a modern Company Town providing housing for Managers and local workers as well as healthcare and educational facilities and social spaces. These houses and amenities provided accommodation and services for Refinery staff for nearly 100 years from 1883-1973 when production ceased and the site was demolished. 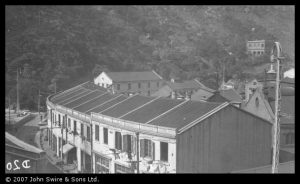 Although the Taikoo Sugar Refinery ceased operation in Hong Kong in the 1970s and the site was redeveloped by Swire as a large housing estate with commercial components, Taikoo sugar continues to be manufactured (outside of Hong Kong) today and can be purchased at local Hong Kong grocery stores.  The Swire Company further developed the refinery after Japanese occupation of Hong Kong as a sugar processing and packaging operation, thus preparing for the firm’s entry into the beverage market in the 1990s.

SOAS Archives hold papers relating to the Refinery, covering all aspects of management and staffing of the plant.

The images used in this post are from the George Warren Swire photograph collection which was digitised by Bristol University in 2008 as part of the Historical Photographs of China project.