Home/Collections & Research/Academics, Agents and Activists: A history of the School of Oriental and African Studies, 1916-2016

Over the next few weeks John Hollingworth, Gallery Manager and co-curator of ‘Academics, Agents & Activists: a history of the School of Oriental and African Studies, 1916-2016’, will be introducing this fascinating centenary exhibition currently on display at the Brunei Gallery until 17th December. The exhibition tells a history of the School from the perspective of its people and spaces, highlighting the contributions and experiences of a selection of individuals who represent the diversity and character of SOAS. It also showcases material from the incredibly rich archive collections at SOAS – both the School’s own institutional archive and material held by Archives & Special Collections, SOAS Library. The exhibition is organized around the tenures of the School’s Directors, with the first being that of Denison Ross. 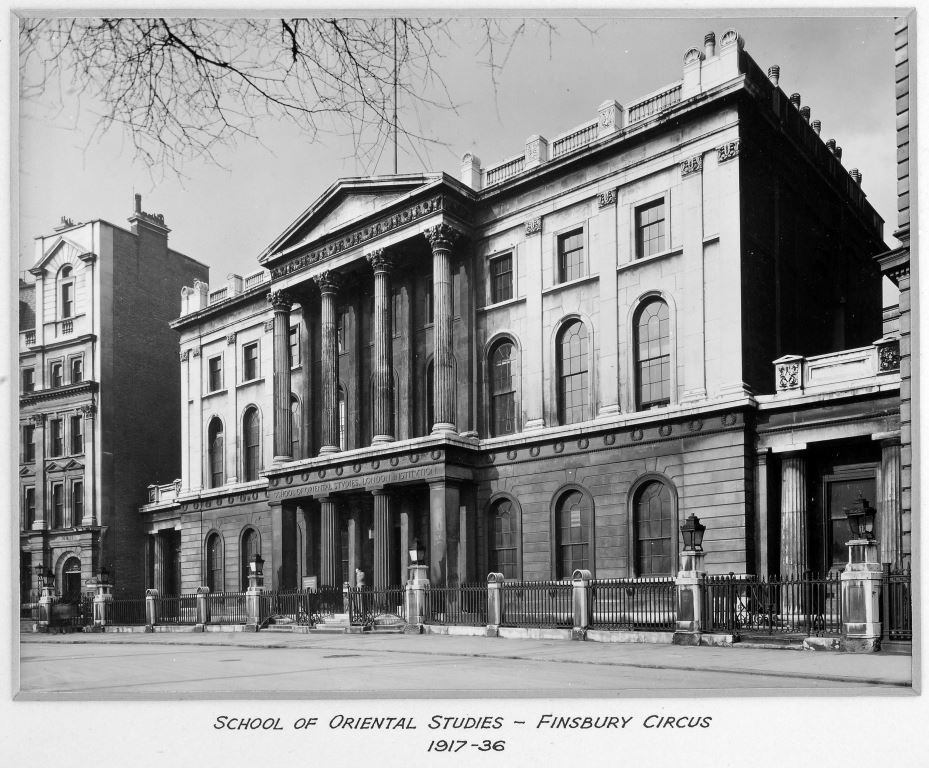 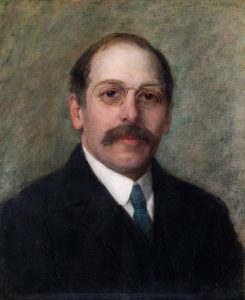 The exhibition begins with the reasons behind the creation of the School and how the London Institution building in Finsbury Circus was identified as the site for the new School with the involvement of Sir Philip Hartog, considered by many as its founder. He was a great educationist and the one constant individual involved in the twelve years of committees and reports that led to the founding of the School. He was offered the original Directorship but declined, insisting that a scholar would be better suited.

Following the outbreak of the First World War, with the support of influential members of Parliament and the War Office, the School of Oriental Studies (SOS) was quickly established, receiving its Royal Charter as a College of the University of London on 5 June 1916.

Included in the exhibition are photographs displayed in one of Queen Mary’s photographic albums and rare Pathe film footage shot on the occasion of the opening of the School in Finsbury Circus by King George V accompanied by Queen Alexandra and Princess Mary on the 23 February 1917. 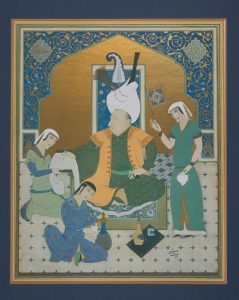 From its opening years language teaching was a focus and a wide range of languages were taught. In spite of its title, the School also taught African languages at this time, including Swahili and Bantu. Courses were taught by permanent staff and visiting lecturers, often native speakers. One of the language teachers at this time was the School’s first Director, Sir Edward Denison Ross, a specialist in Persian but also a gifted linguist who spoke twelve languages fluently.

He was quite a colourful individual whose flamboyant personality was captured in a caricature by the illustrator Edmond Dulac. Ross appointed a number of important scholars and teachers in the opening years of the School’s existence, and the School was able to provide important services during the First World War and the inter-War years, in keeping with the aims of its founders.

The twenty subjects taught in the early years increased to seventy-four in the 1930s. Many of these were language subjects that attracted staff and students from around the world. Among the School’s teaching staff was Lao She, the pen name of Shu Qingchun, one of the greatest Chinese writers of the 20th century, whose students included the writer Graham Greene. Among the other students featured in the exhibition is the actor, singer and Hollywood star , Paul Robeson, who studied Swahili, adding this to one of the twenty languages he was known to speak.

Professor Ida Ward  was Head of the Africa Department at SOAS from 1937 to 1948. Her ground-breaking studies of West African tonal languages such as Yoruba and Igbo made her one of the most distinguished linguists of her time and the exhibition includes a recording of her teaching made in 1937.

In the last year of Ross’s Directorship, over 40% of the student body were from overseas. Ross helped to establish the School’s scholarly reputation by creating a world-class library and disseminating learning and research through the introduction in 1917 of a School journal, ‘The Bulletin of the School of Oriental Studies’ which is still published. The 1918 edition in the exhibition features and is credited with the first use of the phrase ‘things that go bump in the night’, in a paper on ‘Hausa Speech’:

“To a people nourished on mystery, who, in spite of their fatalistic creed,

Believe in genii, ghosts, goblin, and those terrific things that “go bump

In the night”, protective charms are eagerly sought for.”

This section of the exhibition draws to a close with SOS leaving Finsbury Circus in 1936 and moving to Vandon House, Westminster, and the Library to Clarence House, St James’s. Ralph Turner became SOS’s second Director and the following year work on a new building on the Bloomsbury site starts the next chapter in this history of the School.