As SOAS marks Black History Month we continue to hi-light historical collections held by SOAS Archives, which reveal the long-standing Black presence in the UK, as well as the contributions and achievements of Black peoples in local, national and international arenas. This week we look at papers in the archives relating to Seretse Khama (1921-1980), the first President of Botswana, who spent some of his early life in Britain. He is also the subject of a new film A United Kingdom, directed by Amma Asante, and starring David Oyelowo and Rosamund Pike. 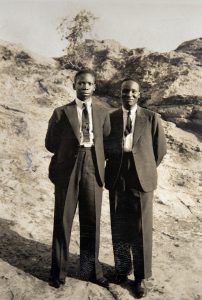 ‘Chief Tshekedi and his nephew Seretse who will be chief when he comes of age. Seretse is on Tshekedi’s right.’ [1936]. Ref: CWM/LMS/Africa/Photographs, Box 7, file 46. © Council for World Mission

Seretse Khama was born in 1921, in Serowe, Bechuanaland (now Botswana), son of Sekgoma Khama II, the paramount chief of the Bamangwato people, and grandson of Khama III (c.1835-1923). On his father’s death in 1925, Seretse succeeded to the throne, but under the regency of his uncle, Tshekedi.

Seretse was educated at the Tiger Kloof Educational Institution in South Africa, and Fort Hare University College, before travelling to the UK where he studied at Balliol College, Oxford, then joined the Inner Temple in London in 1946, to study to become a barrister.

Whilst in the UK, Seretse met his future wife, Ruth Williams, an English Clerk at Lloyd’s of London, and they married in 1948. Their interracial marriage was condemned both by the Apartheid government of South Africa and the Bamangwato elders. Tshekedi demanded his return to Bechuanaland and the annulment of the marriage.

Seretse did return to Serowe with his new wife, but after a series of kgotlas (public meetings), was reaffirmed by the elders in his role as Kgosi (Setswana term for “king” or “chief”) in 1949. 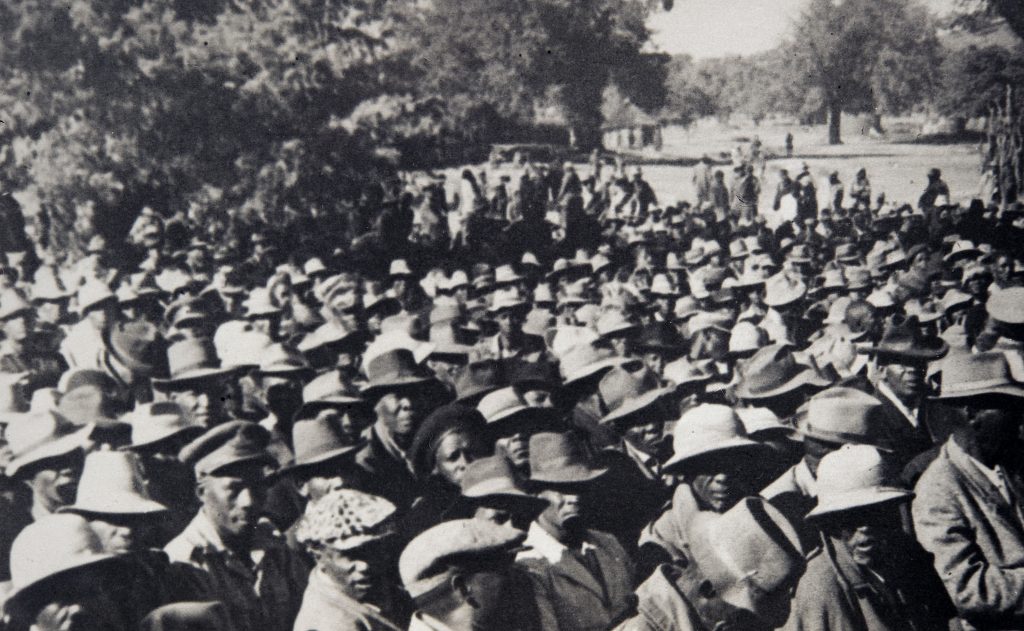 However, the international ramifications of the marriage continued to be felt. South Africa was not prepared to accept the proclamation of a black chief with a white wife in an area that was so strategically placed between them and Rhodesia, and bargained with Britain not to permit Seretse’s chieftaincy in what was then a British Protectorate. Consequently, he was exiled to England in 1951. The British government’s actions in this matter were met with widespread condemnation. In 1956, Seretse and Ruth were permitted to return to Bechanaland, but as private citizens and after he had renounced the throne.

In 1961, however, Seretse returned to political life by founding the nationalist Bechuanaland Democratic Party (BDP). The BDP swept aside its Socialist and Pan-Africanist rivals to dominate the 1965 elections. Now Prime Minister of Bechuanaland, Seretse pushed for Botswana’s independence, from the newly established capital of Gaborone. On 30 September 1966, Botswana gained its independence, with Seretse as its first President. 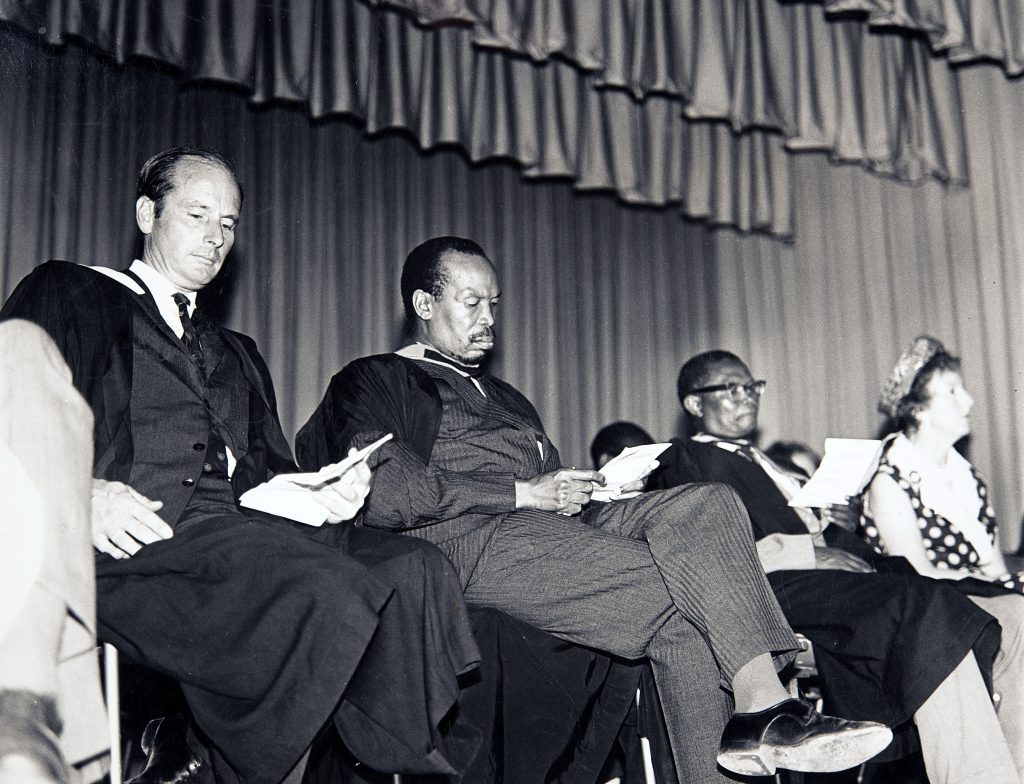 Papers held on Seretse Khama at SOAS Archives, can largely be found in the archives of the London Missionary Society. These include letters, reports, press cuttings and subject files, which document the Society’s response to Seretse’s marriage to Ruth Williams and its political ramifications in southern Africa, a key area of their mission activity. This archive also holds a wealth of material on the relationship between the London Missionary Society and Seretse’s grandfather, Khama III.

Perhaps even more interestingly in SOAS’s Centenary year, is the suggestion that during his time in Britain, Seretse Khama was employed by the School. A report prepared by B. C. Bloomfield (later SOAS Librarian) in the 1980s on the development of the African collection at SOAS records, “In 1951 Professor Malcolm Guthrie became Head of the Africa Department … A. N. Tucker became Professor and Mr Seretse Khama an Additional Lecturer in Tswana…”. Unfortunately, we have been unable to find any confirmation of this in the School’s own archives.

Papers in the archive of the London Missionary Society are available for consultation in the Special Collections Reading Room. Enquiries should be addressed to docenquiry@soas.ac.uk in the first instance.