In celebration of World Day for Audiovisual Heritage (which aims to raise awareness of the importance of audiovisual primary sources as an integral part of national identity) we are taking a look at the rich legacy of Professor Christoph von Fürer-Haimendorf (1909-1995). 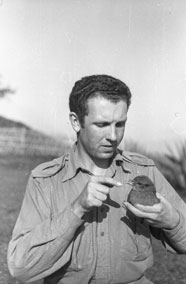 Haimendorf was one of the foremost anthropologists of the 20th century, a pioneer in the field of visual anthropology and one of the most prolific ethnographers of tribal cultures in South Asia.

Born and educated in Vienna, Fürer-Haimendorf later studied at the London School of Economics. In 1936, he undertook his first fieldwork trip to the Naga Hills in northeast India which resulted in arguably his most famous book, The Naked Nagas, an account of the local tribes who had a fearsome reputation as headhunters. Over the next four decades, Fürer-Haimendorf worked extensively in south & central India, northeast India and Nepal. After 1945 he was appointed Advisor for Tribes and Backward Classes to the government of the Nizam of Hyderabad. Over the next four years, he promoted education, land reform and cultural preservation among local tribes, and also taught for a while at Osmania University. 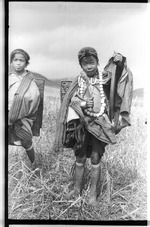 Fürer-Haimendorf returned to South Asia on subsequent visits and, over the next two decades, he conducted extensive field research among the highland populations of Nepal, notably among the Sherpa. At the same time, he made several revisits to his earlier research sites in Nagaland and Arunachal Pradesh. Haimendorf was a prolific photographer and film maker. He produced more than 100 hours of 16mm film, and 20,000 photographs documenting tribal life in these regions. 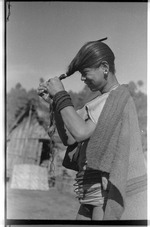 He received several awards, including the Royal Anthropological Institute’s Rivers Memorial Medal in 1949. During his career, Christoph von Fürer-Haimendorf published seventeen books, most of them ethnographies of tribal cultures. He was supported in his work by his wife, Betty Barnardo, a respected ethnographer in her own right, and by his close colleague and friend, J P Mills, whose archives are also held at SOAS.

In 2008 SOAS embarked upon an ambitious digitisation project, funded by JISC, to digitise the bulk of the photographic collection held in SOAS Archives. Around 20,000 negatives, slides and glass lantern slides were scanned and made available as part of SOAS’s online digital collections.