This is an important year for John Swire & Sons: they are celebrating their 200th anniversary, no mean feat for a family-owned business. In celebration of this success we will be writing a series of blogs under the banner of ‘200 years of Swire’, looking in more detail at some of the key moments in the firms history, the challenges it faced and the individuals who were instrumental in its success.

The firm owes its existence to John Swire, son of Samuel and Mary Swire. Born on July 11th 1793, John Swire was a merchant from Halifax who went to work for his third cousin Richard Swire in Liverpool, before branching out into business himself in 1816. He soon built up a successful trading business importing rum, sugar and cotton from Jamaica, indigo from Calcutta, oil from Nova Scotia. 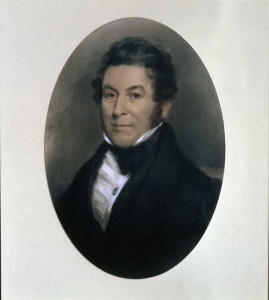 Little archival evidence remains relating to the very early years of the business though what little we do know suggests a modest operation receiving small consignments of miscellaneous goods especially from New York and Leghorn, and acting as a loading broker for ships leaving Liverpool. Profits would seem to have been low: when John Swire died in 1847 he left each of his sons just £1000 each for the continuation of the business. Certainly, there is little evidence to suggest the enormous successes the business would go on to achieve under the leadership of his heirs.

Future blogs will explore the amazing development of this family-run firm and the challenges it faced in more detail.