This month’s blog has been written by Dr. Niki Alsford, currently a Research Fellow at the Oriental Institute, Czech Academy of Sciences in Prague, and Research Associate at the Centre of Taiwan Studies at SOAS.  He is also the author of a new edited volume, ‘Buried Treasures: Taiwan Indigenous Peoples’ Archives Held at the School of Oriental & African Studies, the University of London’, due for publication by the Council of Indigenous Peoples at the end of 2016. The publication is the outcome of a research project, which surveyed material in the SOAS Archives relating to Taiwanese indigenous peoples undertaken by Niki and his students at SOAS. 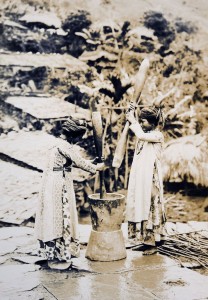 In 1878, William Campbell, a missionary of the Presbyterian Church of England (PCE), wrote of a visit to a Paiwan village (Kaviyagan) in the southern part of the island of Taiwan. Upon his arrival he spoke in detail of the domesticity of the people: “We no sooner entered Ka-piang [Kaviyagan] than the cleanliness and appearance of rough comfort arrested our attention. The houses are built of stone, and tiled with huge slabs of a slaty [sic] kind of rock often met with in central Formosa; while inside, they all seemed nicely fitted up with accommodation for sleeping, and cooking, and storing up things for household and personal use. The people themselves were found to be a finely-made, healthy-looking race; their faces free from tattoo marks [in contrast to the Atayal peoples from the north], and all of them wearing a reasonable amount of clothing—not a few, indeed, being rather prettily arrayed in bright-coloured dresses, and ornamented with earrings, bangles, and necklaces of cornelian stone.”

Although, at present, the indigenous peoples of Taiwan constitute roughly 2 per cent of the island’s population, its language context encompasses the whole of the Austronesian language family. An analysis of this language family was carried out by Robert Blust at the University of Hawai’i at Manoa in 1999. He identified that the 1,200 Austronesian languages fell into 10 subgroups; of which 9 contained only 26 languages and are spoken only by the indigenous peoples in Taiwan. The tenth envelopes the entire Austronesian language map outside of Taiwan; from Madagascar in the west, to Hawai’i, Polynesia, and the Easter Islands in the east. As is the case for a number of indigenous peoples, for most of their recorded histories they have been defined, categorised, and understood as being agents of ‘civilising projects’ whether, in the Taiwan context, these were from the Dutch and Spanish in the seventeenth century, the Qing in the eighteenth and nineteenth centuries, European ethnographers and missionaries in the late nineteenth century, to the Japanese in the early twentieth century, and finally the Chinese Nationalists in the post-war period.

It is within the period following the opening of harbours for international trade as stipulated in the treaties signed at the end of the Second Opium War (1856-1860) that the archives at SOAS on the island’s indigenous inhabitants began. Starting from 1865 with the arrival of the PCE, the missionaries meticulously recorded their interaction and evangelism. These records can be found in the archives of the English Presbyterian Mission.

Yet it was not until the 1930s that the established nativised Presbyterian Church of Taiwan (PCT) began to seriously proselytise many of these communities. Presently 30 per cent of aboriginal people belong to the PCT, with just over 64 per cent identifying themselves as Christians. Since the church has often been linked with social and civic movements, it is not surprising that they have also been a consistent proponent of indigenous rights.

The PCT from the 1950s also functioned as overseas agents for the NGO group, Christian Aid. Their archive, also present at SOAS, bears witness to a number of projects relating to indigenous issues; ranging from the establishment of health clinics, to child care and youth mobility schemes. 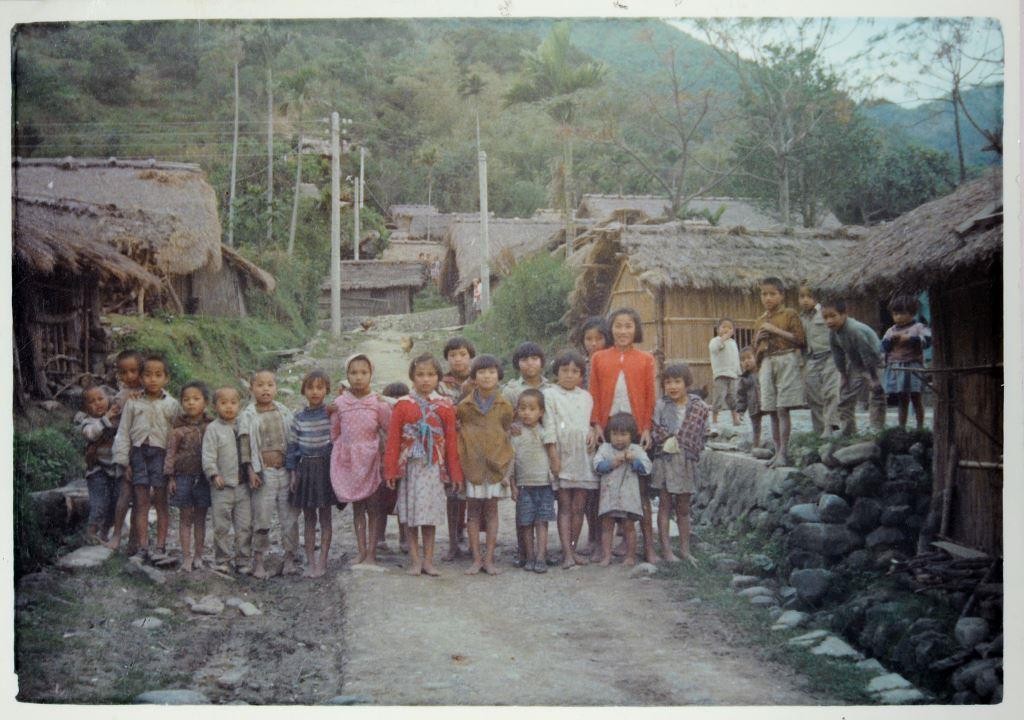 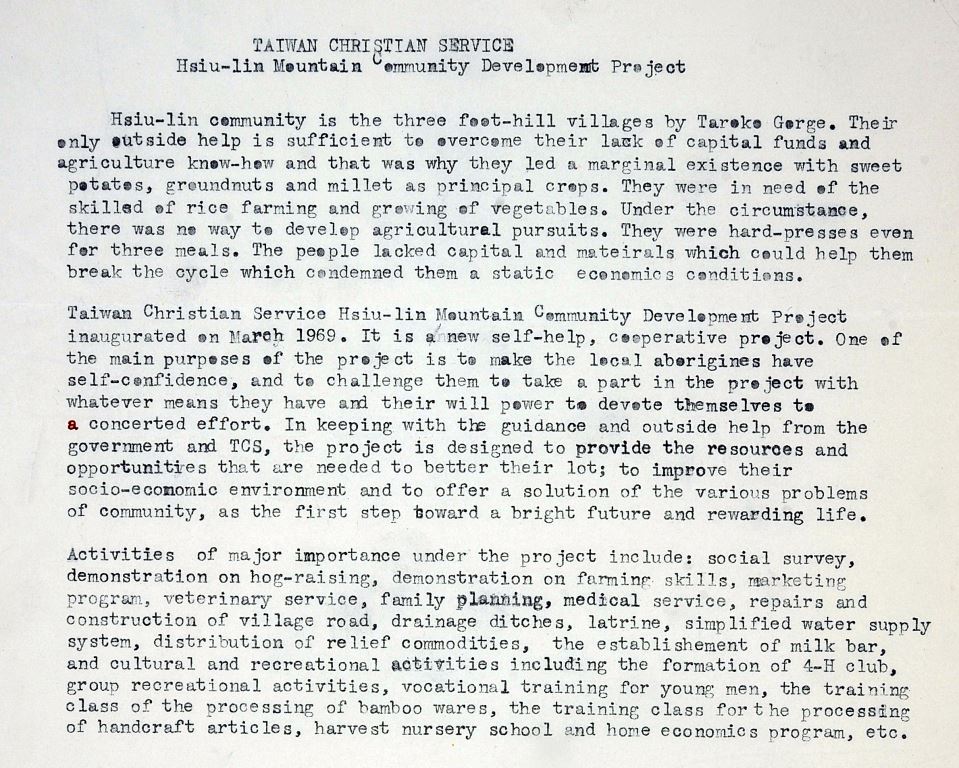 The material held at the Archives & Special Collections on Formosan aborigines doesn’t stop there. It also includes material from the archive of John Swire & Sons. Although this doesn’t specifically discuss trade or business connections with the peoples themselves, it does consider the industries that many of them worked in, including dock work and sugar manufacturing. It also alludes to the impact on domestic industries and disruption of trade that followed the shipping crisis after the evacuation of the Chinese Nationalists in 1949.

Although this is only a snapshot of the archives held by SOAS, it offers an insight into how the indigenous peoples of Taiwan have been documented, categorised, and understood by British writers and institutions from the nineteenth to the end of the twentieth century.

All of these archive collections can be seen in the Special Collections Reading Room, SOAS Library.

A Guide to the Archive of the English Presbyterian Mission can also be seen online.